Rhea Kapoor produced ‘Veree Di Wedding’ promotions are in full swing! Actress’—Swara Bhasker, Shikha Talsania, Kareena Kapoor Khan and Sonam Kapoor Ahuja are leaving no unturned in promoting their upcoming flick. The movie’s soundtrack was just unveiled a few days back but Kareena Kapoor Khan and Sonam Kapoor Ahuja’s outfits that have caught our fancy! Here are some of the most beautiful outfits worn by the Kapoor girls during the film’s promotions!

Let us begin with Pataudi’s Begum Kareena Kapoor Khan. Ever since the beginning Kareena has had some hits and misses while putting her fashion foot forward. Thankfully over the years her fashion sense has evolved. The prime example has been ‘Veere Di Wedding’ film promotions.

On the first day of promoting the movie Kareena was dressed to kill! The actress looked an absolute vision in her midnight blue two-piece outfit by Shurti Sancheti paired with matching Jimmy Choo sandals. Definitely an outfit that chased our summer blues away!

Kareena stood out from her other co-stars as she wore a burgundy dress while her leading ladies wore floral dress. Kareena wore a burgundy flapper dress by Meena Official with a cut out detail in the torso. To complete the outfit the actress sported bronze Aquazzura heels. While some may say it was the dress that stole the show, we’d say it was the on-point makeup and Kareena’s effortless wavy hair.

Kareena looked every bit of a gothic queen in black. The actress chose to wear a ruched tulle pencil skirt, matching black bra and a sheer organza trench jacket by Shehla Khan’s label Shehlaa. The two-piece black outfit not only accentuated Kareena’s curves but also showed off her toned midriff. Kareena balanced her look by sporting dramatic eyes and nude lips. Begum Khan accessorized by wearing rings from Mahesh Notandass. 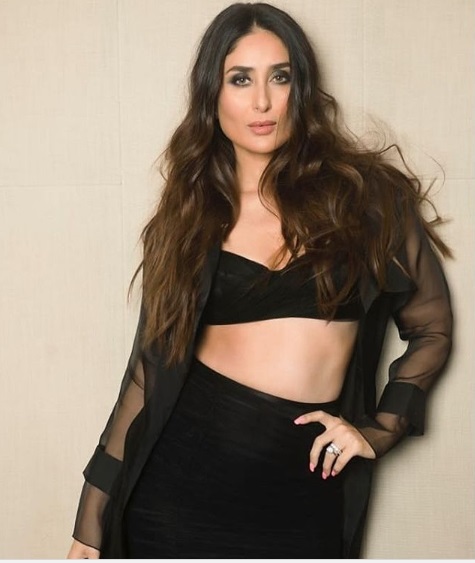 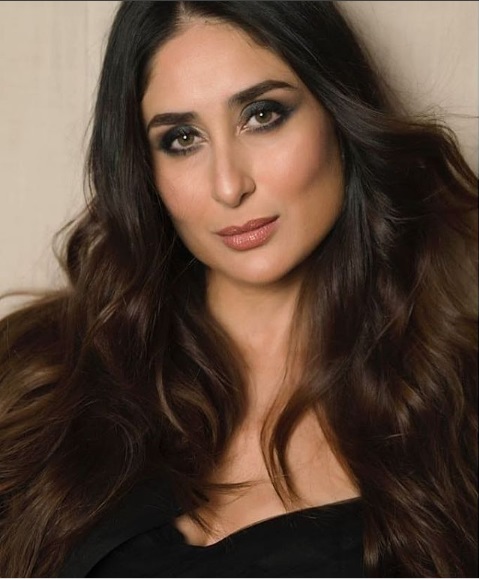 Kareena Kapoor Khan made a style statement in a panelled denim suit while she stepped out for the the promotion of the movie at radio station. 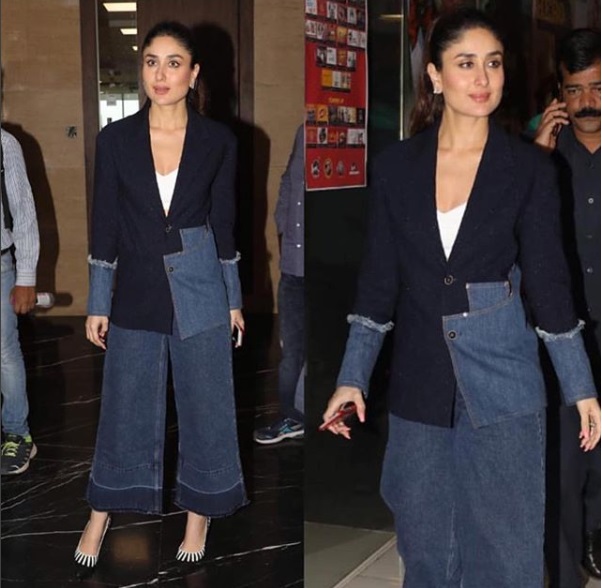 Now, let us talk about the new bride of Bollywood— Sonam Kapoor Ahuja! Sonam has just returned from the Cannes Film Festival 2018 after making waves with her uber fashionable choices. The actress has been busy since after her nuptials with Anand Ahuja. First with her star-studded wedding then Cannes and now with ‘Veere Di Wedding’ promotions. It is commendable that Sonam has not let her fashion sense waive off in all this pressure.

In her first appearance for promoting her upcoming flick Sonam not only managed to stay cool but also look edgy. Our resident fashionista wore a breezy silver two-piece ensemble by DVF and paired it up with Nike sneakers! Looks like the new bride is taking some fashion tips from her new hubby! Remember when Anand wore sneakers to their wedding reception? Sonam let her glittery outfit do the talking and chose to wear light make up. Definitely a summer outfit, yes?

In another look Sonam channeled her inner summer Goddess and turned all of our heads! Sonam looked absolutely ethereal in her beige-floral two-piece ensemble. Although what stole the show was her lime green eye-shadow!

Where there is Sonam there is no scope for improvement; after all, how can you improve perfection? Sonam Kapoor looked every bit of a character from a gothic novel in this ensemble. Hair in a tight updo, scarlet red lips and a velvet green dress! Sonam sported an embellished dull green velvet dress with polka dot net detailing by Erdem along with strappy heels by Christian Louboutin. The look was rounded off by rings and earrings by Arya Fine Jewelry.

Green is my favourite colour ! Thanks for the ? @araya_fine_jewelry ? @thehouseofpixels