A night to remember! The Screen Actors Guild Awards 2019 honored the best film and television performances of the year. Celebrating 25 years of show, the annual event on Sunday evening welcomed a star-studded crowd at The Shrine Auditorium on January 27, 2019 in Los Angeles.

Who Wore What: Best Dressed Celebrities From The Golden Globes 2019 Red Carpet!

Viewers were glued to the screen during Sunday night’s SAG Awards, and to be honest, it was mostly because of the fashion!  We must say, this year the mood was undeniably glamorous, with celebs embracing the maximalist sensibility of old Hollywood. From sequins to V-neck dresses to stunning strapless gowns, here are some best-dressed celebrities from the SAG Awards red carpet we can’t miss to watch them! 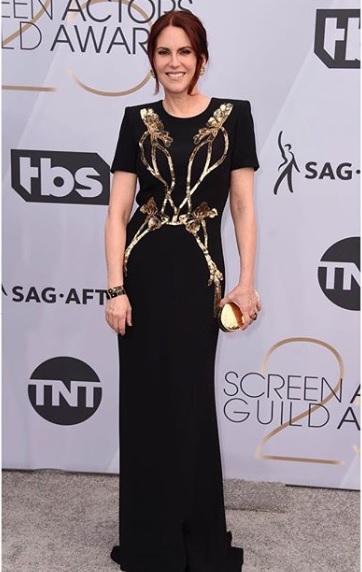 The “Will & Grace” actress and award night’s host, Megan Mullally looks elegant in Alexander McQueen’s sleek LBD with pretty gold detailing and a silhouette that hugged her curves perfectly. 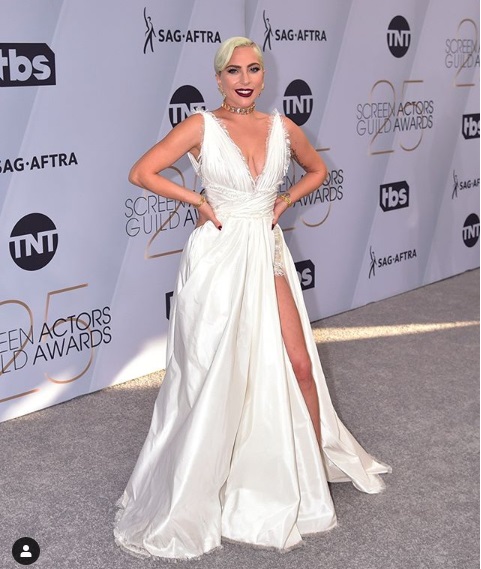 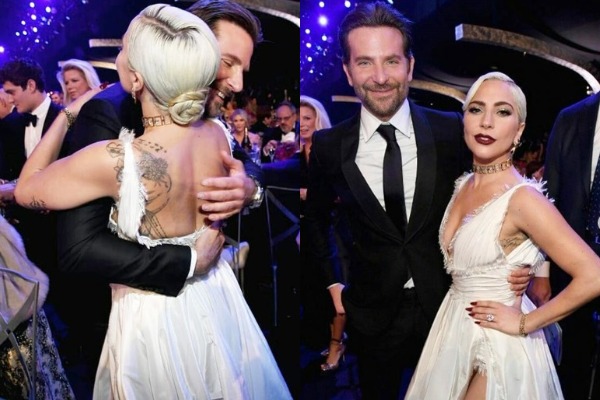 Among the leading ladies in the evening, Lady Gaga stood out in a classy, white Dior couture gown with a thigh-high slit and Tiffany & Co. jewelry. She was nominated for her standout performance in “A Star is born”. Lady Gaga and her co-star Bradley Cooper also posed together at the event. 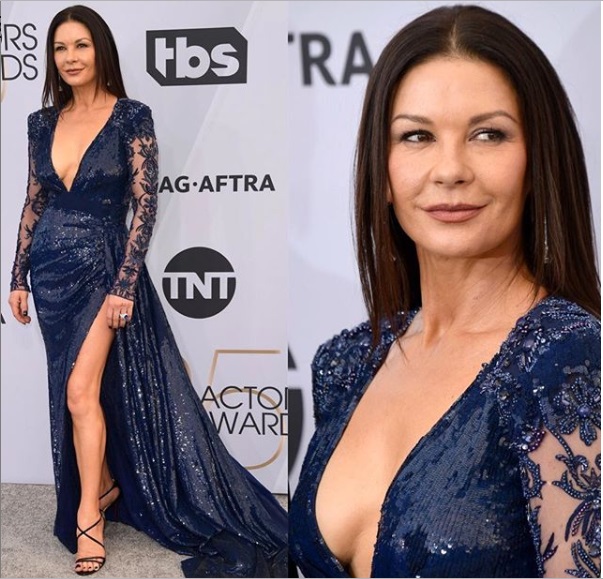 All the eyes were definitely on Catherine Zeta-Jones as she hit the red carpet in Zuhair Murad’s Couture Fall Winter 2018-19. She looks ravishing in navy blue V-neck gown with the sexy slit and sleek stilettos. 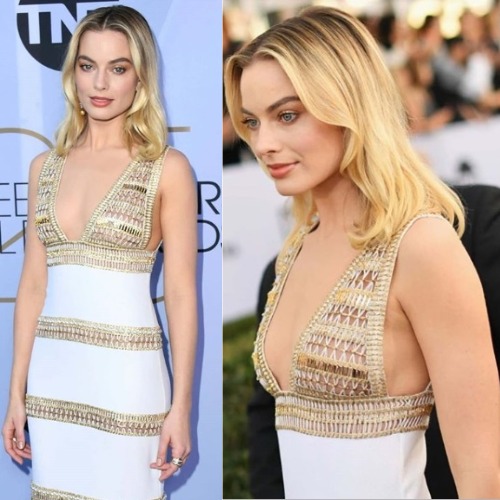 Margot Robbie was nominated for outstanding performance by a female actor in a supporting role for her portrayal of Queen Elizabeth I in “Mary Queen of Scots”. She lost out the award to Emily Blunt, but rocked the red carpet in Calacatta Gold Marble inspired CHANEL ensemble.

Emily Blunt turned heads in a pink sequined Michael Kors dress with large ruffle sleeves. The actress was nominated in two categories – “Mary Poppins” and  “A Quiet Place”. Emily won the award for outstanding performance by a female actress in “A Quiet Place”, which is directed by his handsome husband John Krasinski. 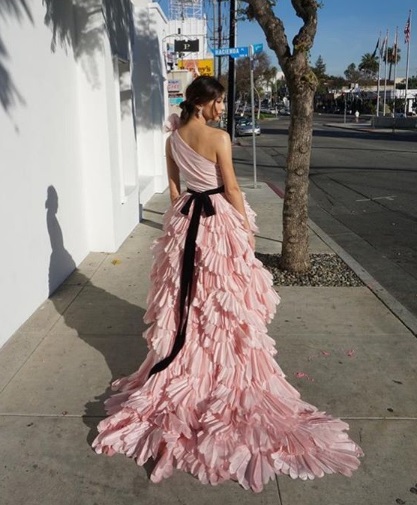 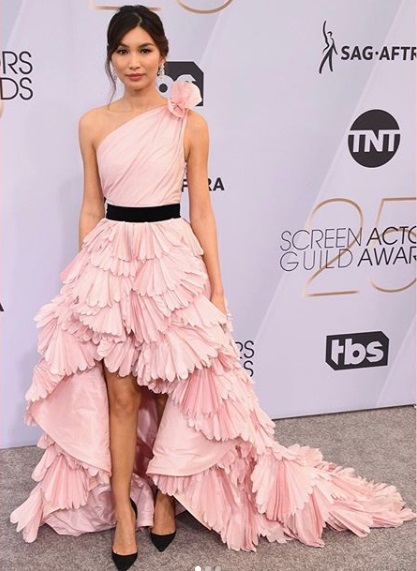 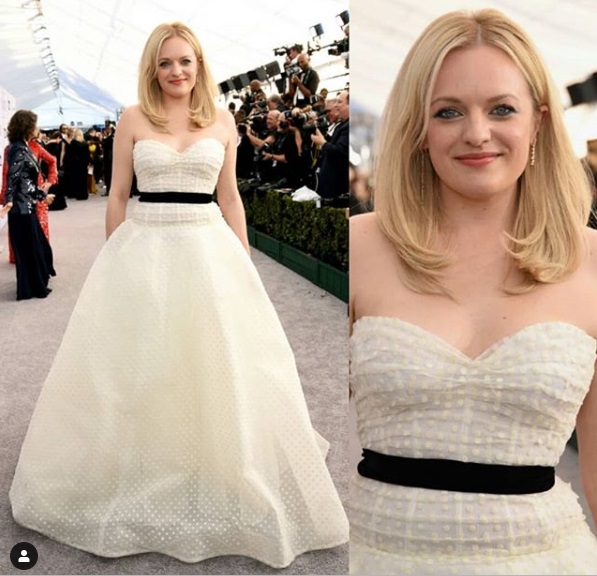 “The West Wing” star Elisabeth Moss made a style statement when she stepped out in her cream-colored gown by Monique Lhuillier.  Moss accessorized with a pair of dangling earrings and wore her long blonde tresses; she looks every bit a princess in this outfit. 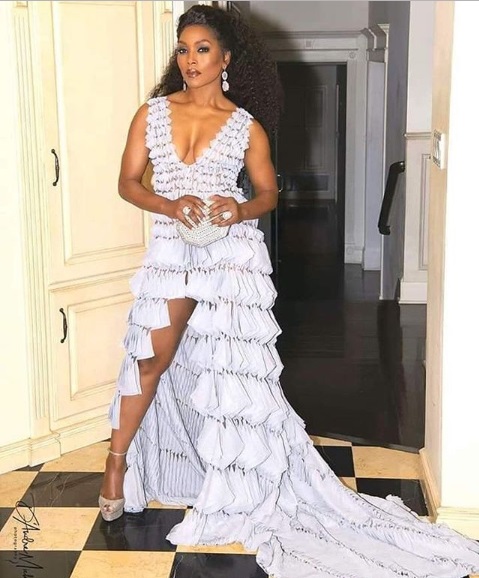 Since Angela Bassett is the queen of Wakanda, she opted for a grey origami style gown and Kimberly McDonald earrings. The floor length dress featured a plunge neck and Angela teamed the Georges Chakra design with gold platform heels. 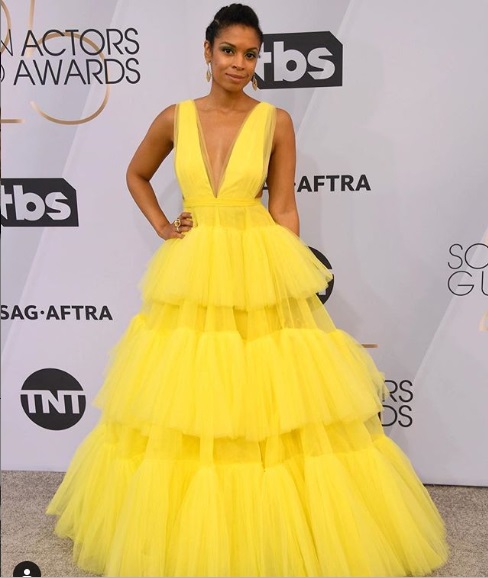 “This Is Us” fame Susan Kelechi Watson not only won herself SAG award, but she was a sunshine in a yellow beautiful Christian Siriano dress with an extravagant tulle layers. 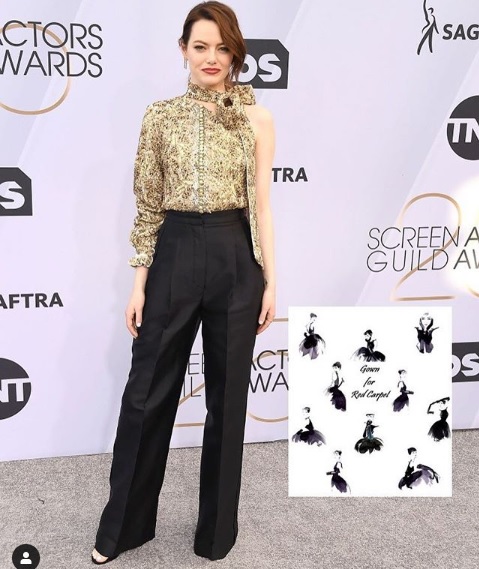 0 0 0
Previous : Shamita Shetty Goes To Police After Being Abused and Her Driver Was Slapped In Road Rage Incident
Next : Pakistani Singer Rahat Fateh Ali Khan Accused Over Smuggling Foreign Currency