The day is never dull when you know Priyanka Chopra is out and about! Every appearance made by the multi-talented actress seems like a revelation from the ‘Fashion Gods’. So much so that we wish we could steal these looks from her! Don’t believe us? Why don’t you take a look at some of her recent looks and judge for yourself?

Trust PeeCee to turn heads even in the most casual of outfits! During one of her recent outings we saw the actress donning a Ganni marigold crop-top with blue detailing along with a pair of denim pants by Frame. Priyanka completed the look by sporting cat-eye sunglasses from the Gigi Hadid– Vouge Eyewear collection and Fendi slingback pumps. 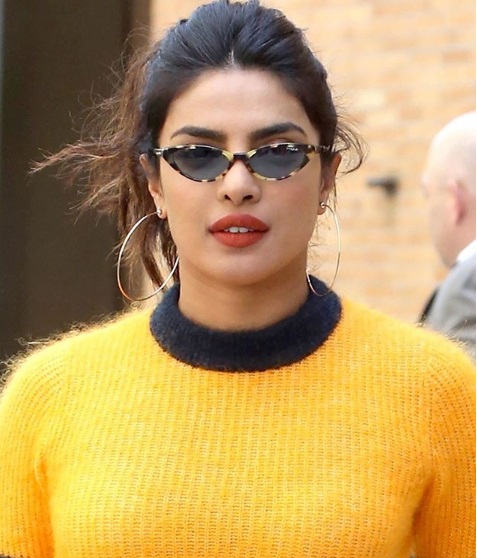 Our Desi girl showed the world that she is a fashion icon who means business in one of her recent appearances. Keeping her hair straight and sleek, Priyanka wore a grey plaid blazer and skirt set by Dion Lee. The ‘A Kid Like Jake’ actress paired her outfit with all white accessories. Priyanka was seen sporting retro white sunglasses, carrying a small white handbag along with wearing a classic pair of white strappy pump heels by Christian Louboutin. 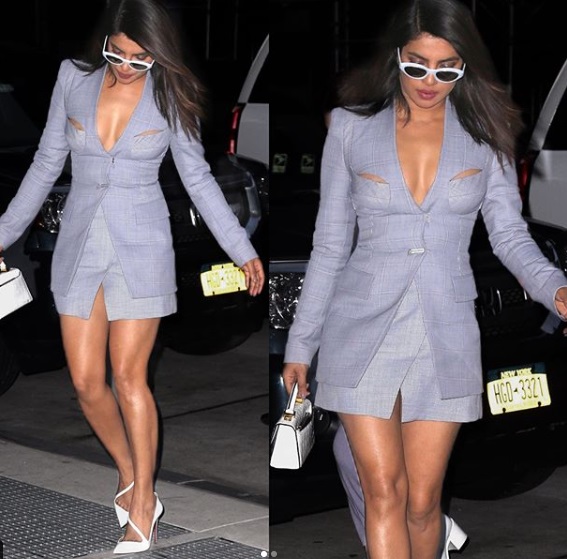 And here she is, once again, slaying in a satin cold shoulder violet mini from Vivienne Westwood. She finished off her look with cat eyed glasses and a dash of mauve on the lips. All the latest looks of Priyanka are styled by Mimi Cuttrell. Keeping her pumps white and 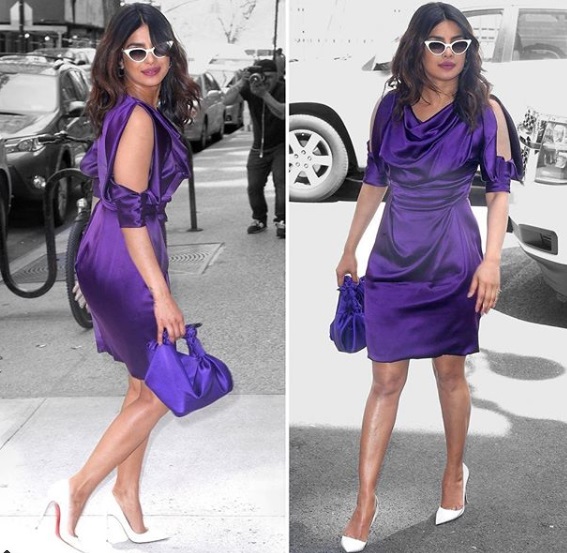 Doesn’t she look a vision in white? In her latest appearance Priyanka was seen in an all-white outfit by French designer Isabel Marant. Letting her brown curls cascade the actress completed her look by sporting a pair of sunglasses and strappy heels with silver detailing by Jimmy Choo.

The reason why Priyanka is regularly slaying us with her ultra-fashionable looks is the promotion of the third season of ‘Quantico’.

Even before her jaunt across the ocean Priyanka Chopra was giving us fashion goals. As time has gone by the ‘Quantico’ actress has only proved that she is a Goddess who adorns herself with fashion labels which many of us can only hope to wear!