Bollywood actress Sunny Leone has successfully made her space in Bollywood. She has undoubtedly come a long way in the short span of time. However, she is still struggling to win hearts and acceptance in India. Looks like it is far from over! According to media reports, Sunny Leone’s participation in a New Year event at Bengaluru has mired a controversy.

Members of the Karnataka Rakshana Vedike Yuva Sene protested outside the Manyata Tech Park on Friday against Sunny’s performance at the event to be held on 31st December. Reportedly, the protesters burnt her posters as an assault on Karnataka’s culture. That’s not all, they even threatened to commit mass suicide. 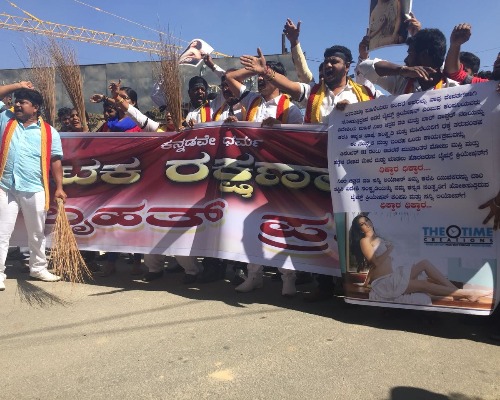 Harish, state president, KRV Yuva Sene has reportedly stated that, “We are against Sunny wearing short clothes. If she wears saree and takes part in the event, even we’ll go watch her. Sunny doesn’t have a good past. We shouldn’t be encouraging such people. We will not hesitate to commit suicide on December 31.” However, Home Minister and other senior officials have advised that the actress should not be given permission to perform at the event.

Watch: Sunny Leone Visits Kochi, The Number Of Fans Turned Up Will Leave You Amazed! 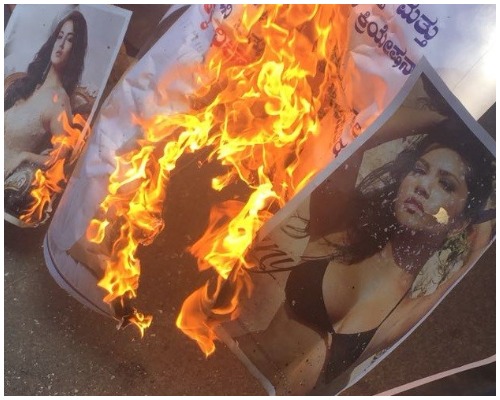 Well, this is really shameful yet shocking that how Bollywood celebrities are an easy target. B-town actress Deepika Padukone’s Padmavati is the recent example that proves it all. Political leaders and protesters issued whopping amount to behead Deepika and Sanjay Leela Bhansali. Where is our country leading?