Anushka Sharma’s clothing line ‘Nush’ launched it’s collection on Myntra online store, and her fans were shattered to see that the prices are exorbitant.

Anushka Sharma’s signature apparel line ‘NUSH’ which was circled with controversy of ripping off designs from bunch of Chinese online retailers is now available online on Myntra. The debut collection comprising of over 160 pieces have been launched as per the scheduled date, i.e on 12th of October. While some pieces have been pulled off from the launched collection as they have been alleged of plagiarism.

In her video and during the launch of her brand, Anushka Sharma had repeatedly mentioned that she is involved in every details of brand, giving her personal taste and touch to the brand.  After controversy arised, her business partner released a statement mentioning that Anushka was never involved in designing and procurement process.

“We would also like to mention that some of the designs highlighted just have commonalities with prevelant fashion trends and are not copies as mentioned,” he said.

“So we along with our partner Anushka Sharma are also ensuring that these specific designs are not put on floor and will discard this out from our range,”said Agrawal.

He also gave the clarification that, “Anushka was never part of our designing and procuring process”.

“She was only involved in advising us on the styles that could go on the floor based on her personal style and sensibility for which she had dedicated a lot of her time and effort,” said Agarwal.

After all the hullabaloo, Anushka Sharma’s fashion label ‘Nush’  has hit the online store Myntra, though it’s not currently avaialble at ShoppersStop stores as it was said. Her fan followers were among the audience who were extremely curious to buy the apparels as Anushka had repeatedly stressed in her video and launch that the clothes are for every woman and you will find my personal style and touch in every piece of collection.

When people started browsing Myntra to buy Anushka Sharma’s Nush, they realised they have to spend a bomb. Anushka Sharma’s Instagram account is flooded with comments like ‘not worthy’, ‘too pricey’, ‘not for the middle class people’ etc. 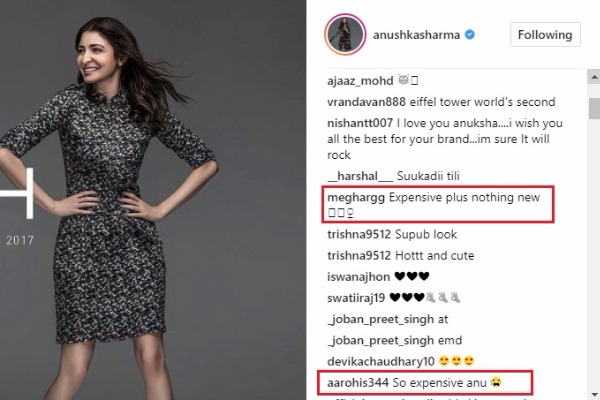 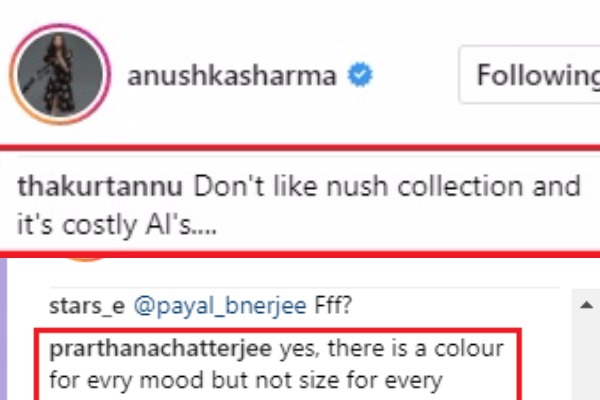 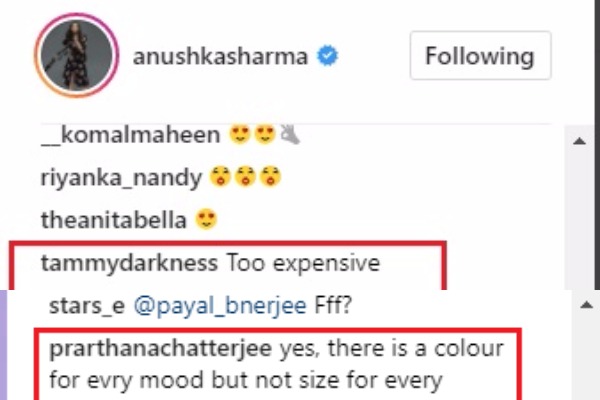 0 0 0
Previous : Deepika Padukone aka Rani Padmavati’s Royal Jewellery The Padmavati Collection is Available at Tanishq
Next : Masaba Gupta’s Tight Slap To The Haters Who Called Her A ‘Bastard’, Sonam Kapoor Comes In Support