By now we all know that Iulia Vantur is Salman Khan’s alleged girlfriend, though the Bhai has not yet confirmed the relationship (we wonder why?). Iulia’s frequent sightings with the Khan family, and her trips to visit Salman at his shooting locales, have left little to one’s imagination though. In fact, their recent visit to His Holiness Dalai Lama too more or less confirms the fact that Salman Khan and Iulia Vantur are indeed a couple, and quite seriously into a relationship.

Also: Who is the Gym Trainer of Salman Khan? 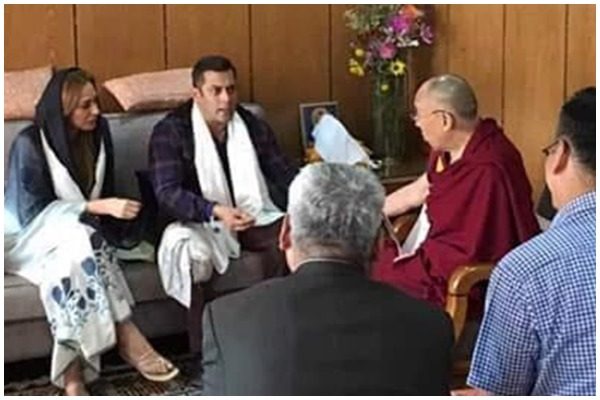 The fans of Salman are excitedly anticipating for wedding announcements, however, if a Romanian tabloid is to be considered, Salman Khan and Iulia are already married!

Yes, according to a Romanian tabloid ‘Click’, which referred to Iulia as ‘Doamna Khan’, which translates to the royal Mrs. Khan. Well, we aren’t speculating, and it might be an inadvertent mistake on the part of the paparazzi there, but then, one can’t help but wonder, especially when the duo is sighted so frequently and almost everywhere together.

Well, we wonder what’s the truth.

0 0 0
Previous : #ChangeTheRhyme of Beauty with Dove and Blush
Next : 5 Bollywood Actresses With Short Hair Look Made a Style Statement