Many B-town actresses like Kareena Kapoor Khan, Lisa Haydon and others have broken the long lasted Bollywood stereotype around pregnancy. The actresses are going their way and are flaunting baby bump like a boss. The recent such example is of former beauty queen, model, and actress Celina Jaitley.

Celina Jaitley, who is expecting twins again, is slaying her pregnancy like none other. The actress, who is in her second trimester, shared her first adorable picture flaunting her baby bump on a beach wearing a bikini. Celina surely knows how to rock her maternity days with ease and comfort despite knowing the challenges one has to go as a parent. You go, girl 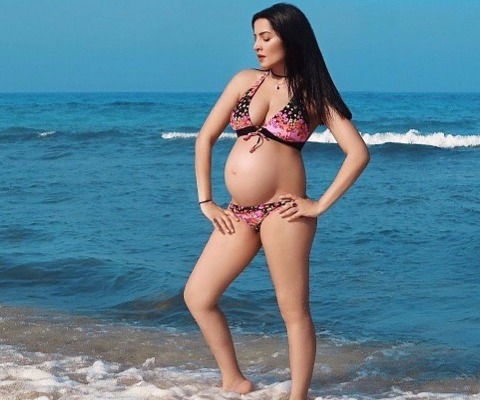 Celina is married to hotelier Peter Haag and the two are proud parents of five-year-old twin sons Winston and Viraaj, who were born in 2012. The actress is expected to have twins with her delivery due in October.

On the work front, Celina Jaitley is currently working on an ad campaign which will be shot in India soon.