Before breaking her pregnancy news, I Feel Pretty actor played around a curiosity buzz with teasing her fans on Instagram that some happy news is soon coming out with image of her and Fischer’s head imposed on Prince Harry and Meghan Markle’s photo from their recent Australian tour at Fraser Island. This had us in confusion as Prince Harry and Meghan Markle recently announced they were expecting a child and What Amy is suppose to announce?!

She captioned, “About to announce some exciting news on @jessicayellin insta page. Please follow her for up to the minute #newsnotnoise she breaks down what’s really going on. She agreed to post a lil noise today for me! Follow her and VOTE!!”

About to announce some exciting news on @jessicayellin insta page. Please follow her for up to the minute #newsnotnoise she breaks down what’s really going on. She agreed to post a lil noise today for me! Follow her and VOTE!! 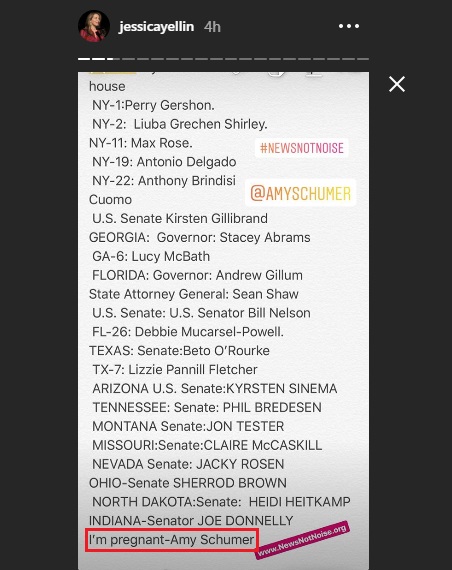 “Chris and I are thrilled and almost positive he’s the father. I look forward to competing with Markle every step of the way,” Schumer quipped in a statement to The Times on Monday.

We loved the way Amy Schumer announced her pregnancy in a pretty creative way, giving heads-up to Meghan Markle, we are kidding!

The Emmy Award-winning actress-activist was recently in news turning down lucrative super bowl ads offer in support of Colin Kaepernick and applauded Rihanna for backing out of the Super Bowl LIII halftime show. Following which many other celebrities including Pink came forward boycotting super bowl.

A month back Amy Schumer was also arrested in protest against the Supreme Court nomination of Brett Kavanaugh.

Eventznu congratulates this lovely couple and wish them lots of happiness and joy!

0 0 0
Previous : Alisha Chinai: Anu Malik Molested Me In 1995, Every Word Said About Anu Malik is True
Next : Comedian Kapil Sharma To Marry Girlfriend Ginni In December On This Date; Read