It is rightly said, “A picture is worth a thousand words”!  Pictures play a very important role in the life of a Bollywood celebrity and like every year, this year also the stars made quite a buzz on social media. This year too, a number of photos went viral on the social media and managed to become a talk of the town. From Kareena Kapoor Khan’s baby boy, Taimur Ali Khan’s photo to Aishwarya Rai Bachchan’s purple lips at Cannes Film Festival, we bring you all such moments that created buzz.

Now that the year is coming to an end, here’s presenting top 10 Bollywood viral photos that took the Internet by storm. 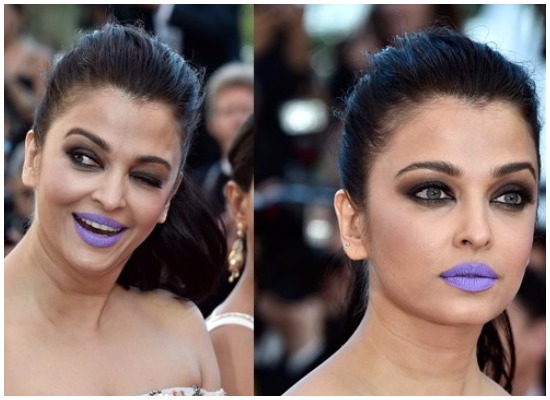 Aishwarya Rai Bachchan’s appearance in the gorgeous outfit at the red carpet of Cannes Film Festival took the Internet by storm.  But what went wrong when her outfit was so gorgeous? Aish took a risk of wearing purple lips at the red carpet and she became a talk of the town.  While few applauded the actress for her glamorous appearance, many trolled Aishwarya’s bright purple lips. 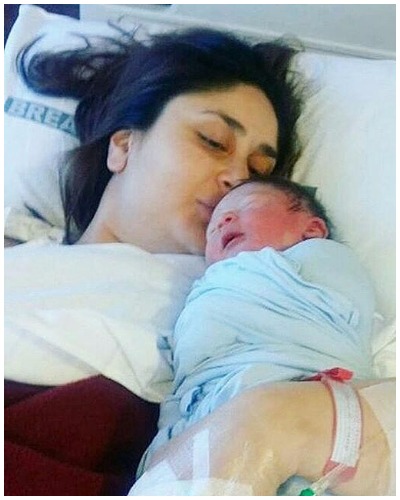 Bollywood actress Kareena Kapoor Khan gave birth to a baby boy named, Taimur Ali Khan at Breach Candy Hospital in Mumbai on December 20. Soon hours after his birth, the picture of Kareena kissing her baby boy went viral on the Internet. One of the adorable photos of the year! 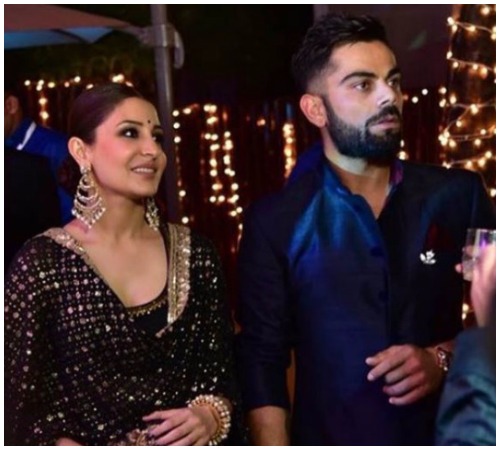 Virat Kohli and Anushka Sharma were the most talked-about celeb couple at Yuvraj Singh-Hazel Keech’s wedding in Goa. The adorable couple looked happy to be in each other’s company like never before. 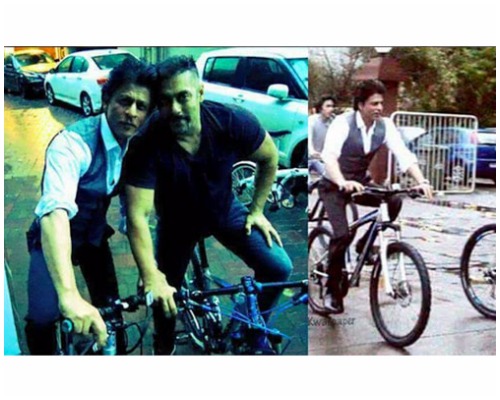 After their much-talked rivalry, one morning Shah Rukh Khan and Salman Khan surprised everyone as they went for a cycle ride together on the Mumbai streets. 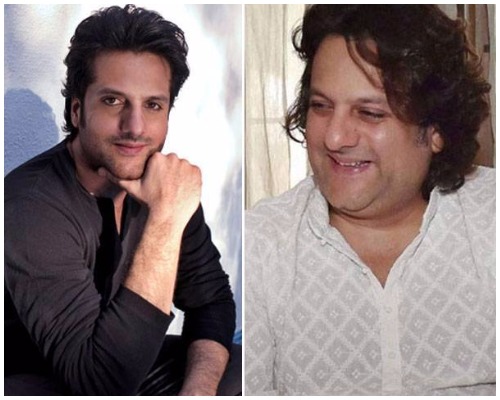 Earlier this year, the pictures of an overweight Fardeen Khan went viral on social media. Fardeen Khan had been away from the limelight for the past few years but when he stepped out publicly, it happened the same that feared him. Twitterati trolled and body shamed the actor and his picture became a talk of the town for all the wrong reasons. 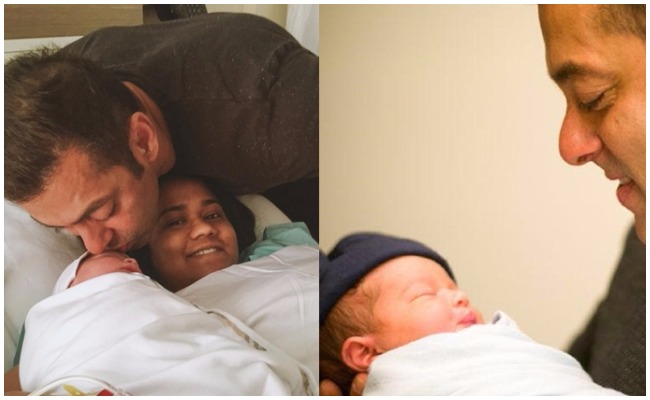 Earlier this year, Salman Khan’s sister Arpita Khan delivered a baby boy, Ahil. It was celebrations for the Khan family but what caught everyone’s eye was Salman and Ahil’s cute picture. Salman Khan kissing on the forehead of his nephew Ahil with sister Arpita lying beside her newborn baby boy at the hospital is probably the pic of the year. 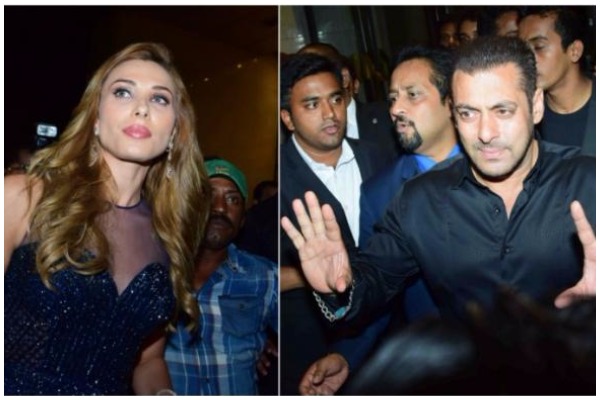 Salman Khan made his first joint public appearance with rumoured girlfriend Iulia Vantur at Preity Zinta’s wedding reception. The pictures of duo became a talk of the town and the fans started assuming about the actor’s impending marriage.

Shahid-Mira with Misha back home from the hospital 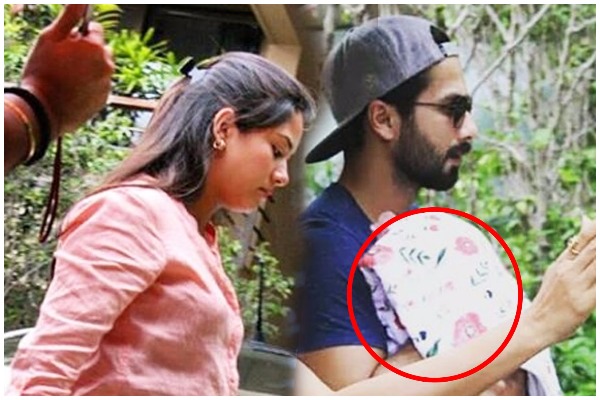 Also Read: Shahid Kapoor Reveals the Name of His Baby Daughter in the Most Adorable Way

Adorable couple, Shahid Kapoor and Mira Rajput have become proud parents to a baby girl, Misha. The news got all smiles for the family and also to the fans of the actor. Then the photos of Shahid Kapoor and his wife Mira Rajput taking their newborn daughter at home was a cherry on the cake. 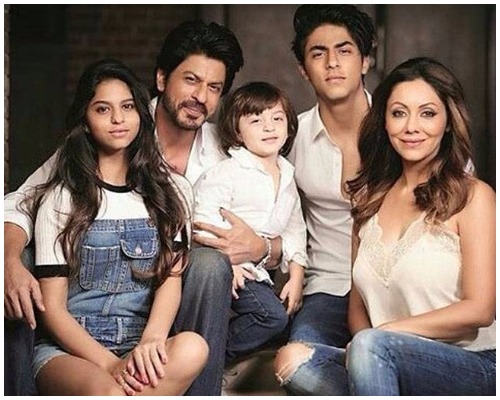 Bollywood superstar Shah Rukh Khan and his family’s first photoshoot picture broke the internet. Dressed in all white and blue, the Khan family looked adorable and of course, little AbRam was the star. 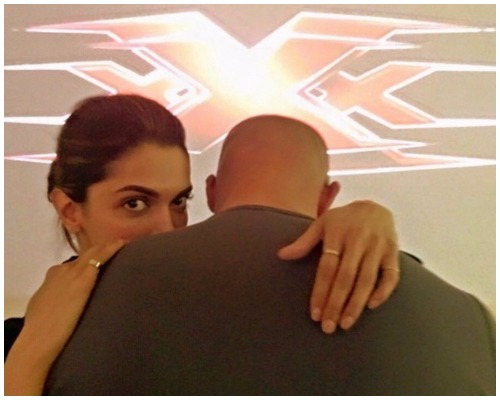 Deepika Padukone had posted a picture of herself hugging Vin Diesel with his back to the camera. The photo had gone viral with fans and media assuming a lot of things. The photo was nothing but an announcement about her Hollywood debut film Xander Cage opposite Vin Diesel. 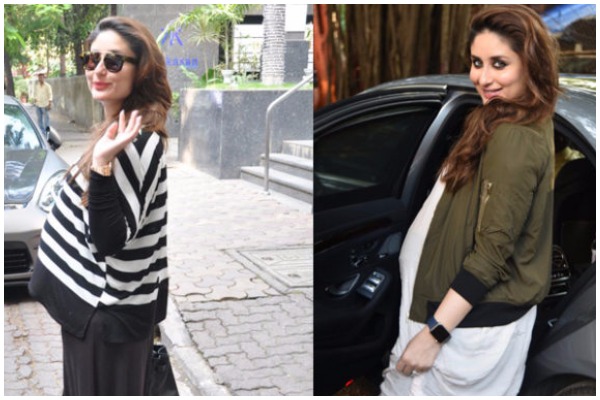 The gorgeous Kareena Kapoor Khan is the first Bollywood actress who never hesitated to pose for the shutterbugs during her pregnancy. From going out to parties to shooting for advertisements and magazine photoshoots, Kareena has flaunted her baby bump like a boss. In fact, her maternity style statements became a talk of the town every time when she stepped out.

0 0 0
Previous : Wow! These Two Bollywood Films Get Selected For Oscars 2016
Next : Real ‘Dangal’ Sisters Geeta Phogat and Babita Kumari’s Photo-Shoot In Desi Avatar Is Slaying Us