Ever since it was announced that Bollywood heartthrob Shahid Kapoor, and his beautiful wife Mira Rajput were going to become parents, the paparazzi had gone into frenzy. From Mira’s baby bump and maternity fashion, to Shahid going all gaga over the impending fatherhood, all was covered. And finally, when the little bundle of joy was born, there was no end to the happiness the duo were feeling. Everyone was elated, right from the parents, to the media who got a new celeb kid to pamper. 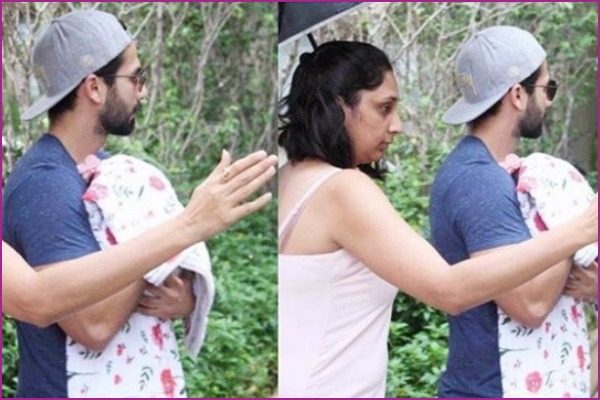 There had been some speculations doing rounds for quite some time, regarding the name of the baby girl. It was also said that Shahid and Mira had gone to seek the blessings of a ‘Baba’ before deciding a name for their daughter.

However, whatever might be the truth, the name has been revealed, and it has been done by none other than the doting father, Shahid Kapoor, in one adorable tweet.

Misha Kapoor makes it impossible for daddy to go anywhere.#obsesseddaddylife

How sweet! Now all we want is a glimpse of this adorable being, who has wrapped Shahid around her tiny finger, making the tough actor go all gooey.

Welcome to the world, Misha Kapoor.