She is fire, talent, she pure gorgeousness, she is India, and she is Priyanka Chopra, spreading the love and aura of our country far and wide, wowing the audiences in Hollywood. She has been attending awards functions with grace, owing the red carpet with her exemplary sense of fashion and confidence. Be it the Oscars, the Obama’s dinner, or the People’s Choice Award, Piggy Chops has always managed to enthrall us with her stellar sense of fashion.

Also Read: Priyanka Chopra Looks Every Bit Worthy Of The Padmashree As She Receives The Award

But, but, but. Nothing made us ready for the absolute vision in red that she became, as she stepped on the red carpet, waving kisses at the shutterbugs, for the Emmys 2016. 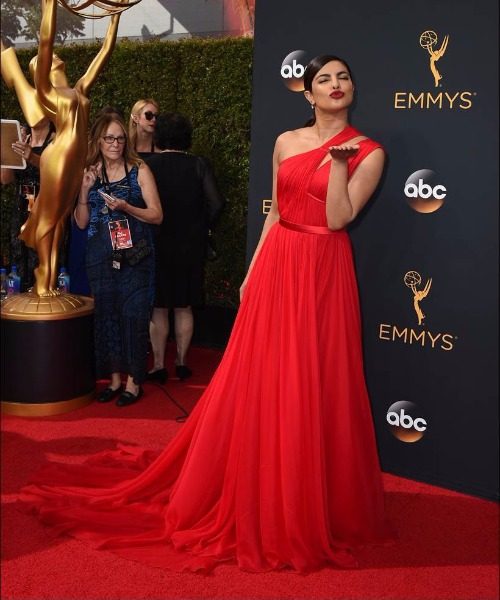 Watch her sashaying, as she gave a peek-a-boo of her trail gown in this boomerang for her fans, through Instagram.

And then came in the real treat. 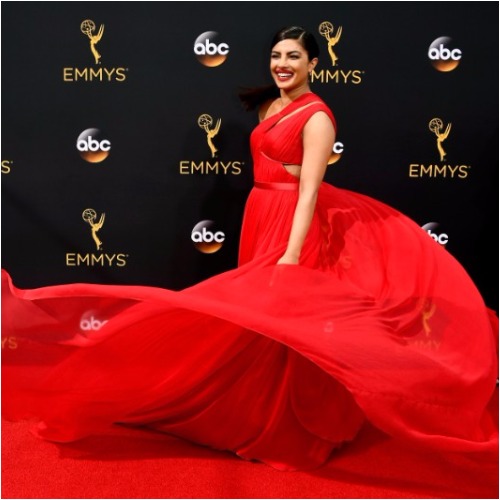 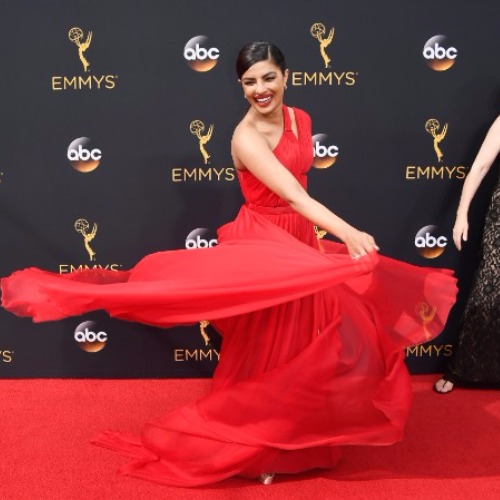 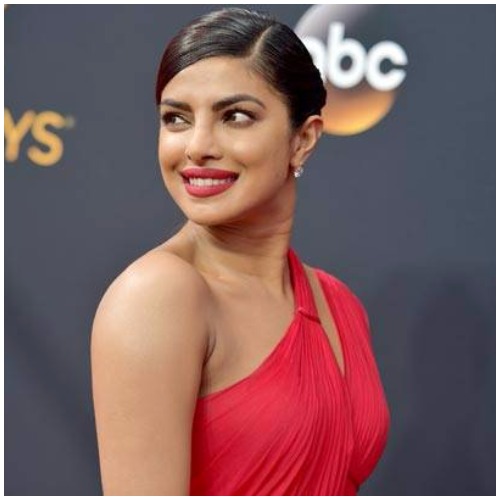 With hair swept away neatly in a pony, PeeCee was flawless, finishing off the look with a crimson lipstick. Her smile did the rest as it captured hearts with as much ease as the cameras captured her twirls and smiles. The red Jason Wu off-shoulder gown had cut outs and a belt at the waist, but complimented Priyanka perfectly, accentuating her gorgeousness with minimal and utter perfection.

Priyanka presented an award at the ceremony, sharing the stage with none other than, Tom Hiddleston! Sigh. 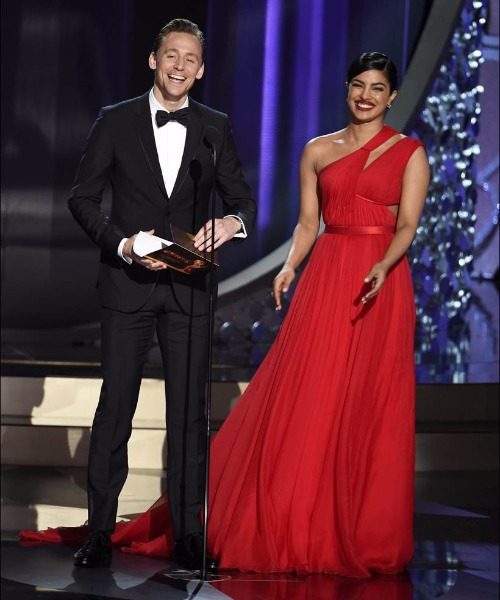 Ms. Chopra! You amaze us every single time.

0 0 0
Previous : Forget Cat Eye! Confetti Eyeliner Is the New Trend in Town!
Next : Shahid Kapoor Reveals the Name of His Baby Daughter in the Most Adorable Way