Miley Cyrus recently posted throwback video and a picture on Instagram, to which Nick Jonas DMed her with a response. In the Instagram post, we can see the direct messages of a conversation between exes Miley Cyrus and Nick Jonas, along with Priyanka Chopra’s reaction.

The screenshot had an old picture of herself that she’d sent Nick, in which both she and her younger sister can be seen wearing Jonas Brothers T-shirts. The ‘Nothing Breaks Like A Heart’ singer captioned the post, “That moment when even your ex knows your socials have been (lit).” She posted this after Nick had replied to Miley’s message with, “These throwback shots have been (lit).”

That moment when even your ex knows your socials have been ????????

Priyanka responded to the post by commenting, “Lol. Hahaha.. Hubby is right. These posts r (lit).” 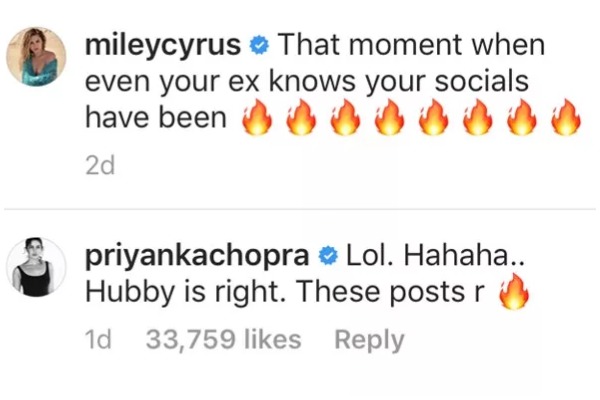 Not many knew, Nick and Miley were dating during their teenage times in 2006 when the two kickstarted their careers. Nick was a part of the Jonas Brothers band and she was a popular actor Disney Channel’s Hannah Montana. 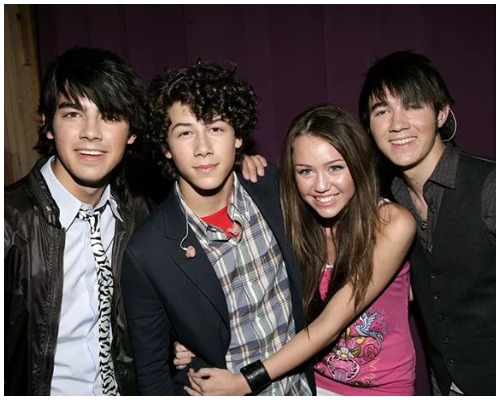 Nick and Priyanka were recently married in a lavish dual ceremony in December 2018 and so did Nick Jonas ex’. Miley, meanwhile, married her boyfriend Liam Hemsworth in a quiet ceremony.

What do you think about this sweet banter between these three?