Friday evening, every Indian, be at work, or play, or at home, was stuck to television or whatever accessible source of media, hoping for a win, or just wanting to witness and support one girl’s striven efforts to bring India the historic win that it has been craving. No, this was no cricket, and that’s where the change started to metamorphose. P.V.Sindhu who sashayed into finals, assuring silver, battled and sweated to give the world’s number one a tough fight, we saw her going down with pride. She won the silver, which was no less than gold for us back in India, a country finally starting to respect and know its athletes. 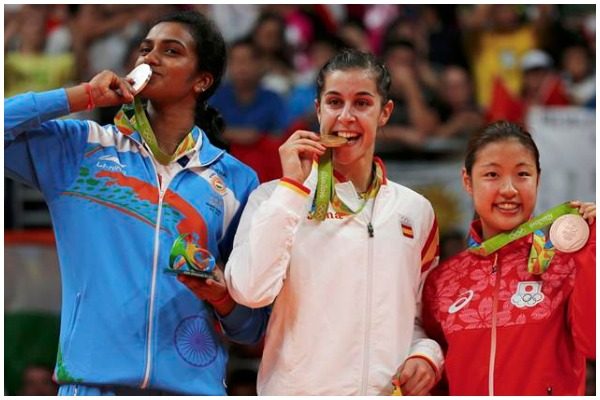 Sindhu lost the first set against Carolin Marin, won the second, and ultimately could not match up to Carolin’s aggressive game. But, the true hero of sports that she is, she congratulated her opponent in a calm and poised manner, before gracefully accepting her silver medal.

Our girls are making us proud. As Virendra Sehwag had put it in his tweet, Sakshi, Sindhu, and Dipa, are examples of what comes back when you do not kill a girl child. They are the future, and they are our pride.

#SakshiMalik is a reminder of what cn happn if u don't kill a girl child.When d going gets tough,its our girls who get going &save our pride

Congratulations girls, you deserve every bit of the fame and respect that you have earned.

0 0 0
Previous : Jaya Bachchan Lashes Out at College Students, Yet Again
Next : Brace Your Hearts! Shah Rukh Khan Might Very Well Be The Next ‘Dhoom’ Baddie!