Priyanka Chopra and Nick Jonas have put all speculations to an end with just one picture! After weeks of anticipation it has been confirmed that our desi girl Priyanka Chopra is engaged to her American singer beau Nick Jonas! 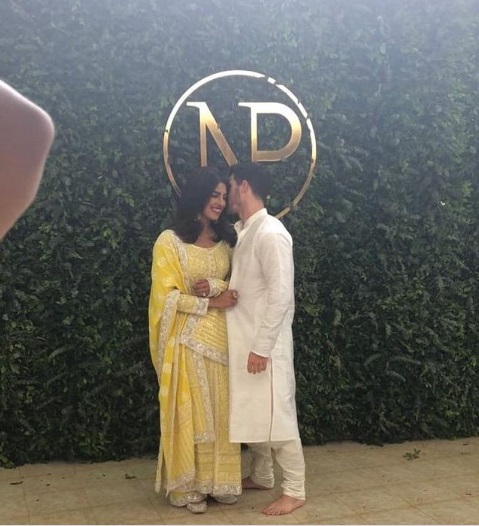 Priyanka Chopra looked absolutely radiant in a yellow embroidered salwar kurta paired with minimal jewellery and juttis. As for Nick he seems to have embraced his desiness by donning a white kurta churidar combo for the roka ceremony.

This was the first picture of the recently couple. In case you are wondering the ‘NP’ insignia in the picture stands for Nick and Priyanka.

Priyanka Chopra and Nick Jonas Are Giving Us Relationship Goals In Brazil!

According to the pictures the engagement ceremony happened as per the Hindu traditional way also known as ‘roka’. In the pictures we can see Priyanka and Nick performing a Ganpati puja for their blessed and fruitful future together. 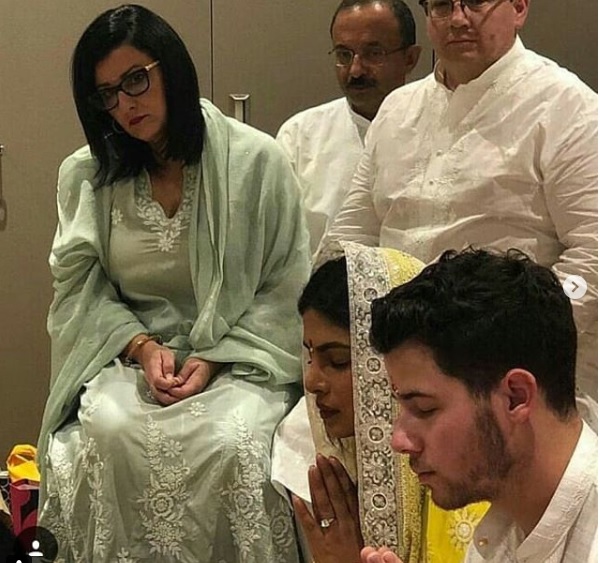 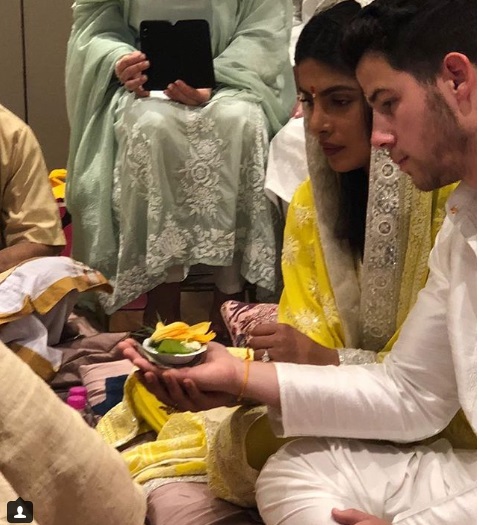 The Bollywood meets Hollywood couple also confirmed their engagement on Instagram by posting a picture of them together. While Nick Jonas called his lady love “Future Mrs. Jonas”, Priyanka Chopra declared herself “taken” with all her heart and soul

Taken.. With all my heart and soul..

Priyanka’s close buddy Arpita Khan Sharma arrives at her place for the engagement puja going on RN… remember how PC always met Arpita and Ahil whenever she came down to India while shooting her TV show in the US ❤️❤️ FOLLOW ? @voompla INQUIRIES ? @ppbakshi . #voompla #bollywood #arpitakhan #arpitakhansharma #bollywoodstyle #bollywoodfashion #bollywoodactress 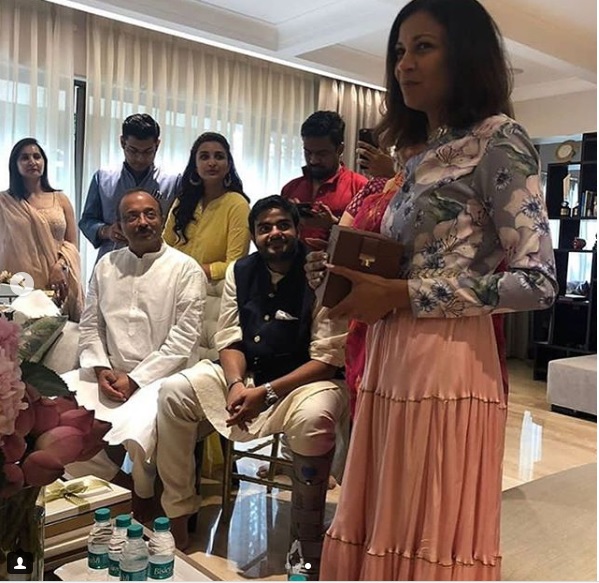 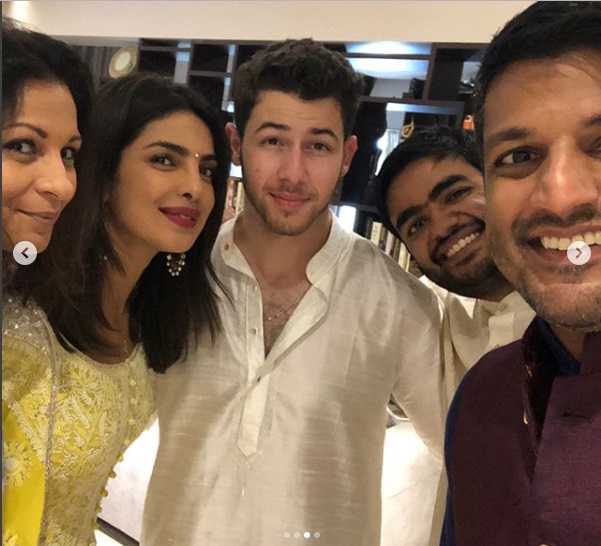 Now that the much in love couple is engaged as per the Hindu traditions we cannot wait to see who all are invited to Priyanka Chopra and Nick Jonas’ engagement bash reportedly happening tonight. However, we do know that it will be a party to remember!