It’s been weeks since the rumours of Priyanka Chopra’s engagement with American singer beau Nick Jonas have been circulating. However, while Bollywood is busy celebrating their engagement, in all these weeks no official confirmation about the same has come from the couple. Amidst the speculation about their engagement and their upcoming September or October wedding we were still wondering when we would see Priyanka’s engagement ring. Looks like our wish has come true!

Is It True?! Did Nick Jonas Just Confirmed His Engagement With Priyanka Chopra?

Priyanka was seen flaunting the rather expensive looking diamond ring in a selfie taken with Bollywood’s yesteryear’s actress Raveena Tandon. In the picture we can see both the actress flaunting their perfect pouts along with Priyanka’s beautiful ring.

On many instances Priyanka has been spotted taking a ring off from her ring finger and slipping it into her pocket at the airport. Has Priyanka Chopra chosen to reveal her engagement ring among friends, finally? 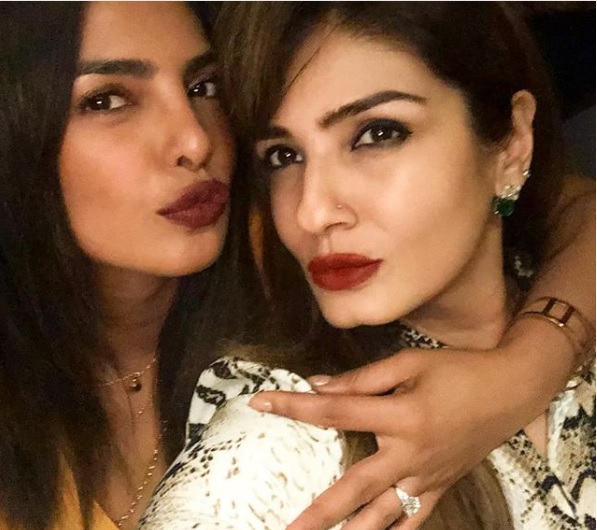 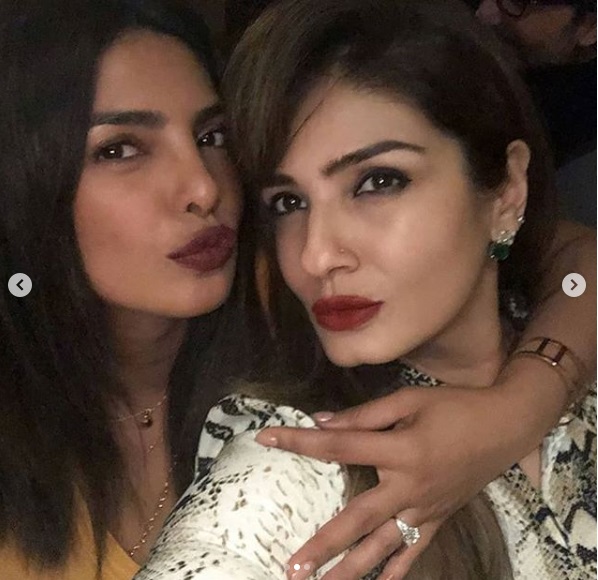 Maybe its just some other ring but seeing Priyanka with a ring on her finger along with the news of getting formally engaged is too much of a coincidence, right?

As per the latest reports, desi girl Priyanka Chopra has asked her family members and close friends to set aside some time on August 18th for a party. Reportedly this party will be held at one of Juhu’s five-star hotels. August 18th is exactly a month after her 36thbirthday and a month before Nick Jonas’ 26th birthday. What better date to make an official announcement, right?

However, Nick Jonas will not be visiting India alone this time around. Nick is expected to arrive along with his family. As per reports, the Jonas family will also indulge in ‘Bharat’ darshan since it will be their first-time visiting India.

There are not many days left for August 18th. Till then it’s a waiting game. Either way we are extremely happy for Priyanka Chopra and Nick Jonas!