The much awaited #TheBreakUpSong from Karan Johar’s ‘Ae Dil Hai Mushkil’ was released yesterday. As soon as the song was released on YouTube, it created a lot of hype on the social media. “The Break-up song” featuring Anushka Sharma and Ranbir Kapoor is amazingly cool and for once it will make you question yourself, “Breakups can be so cool?” Well, free yourself from heartbreak and groove to one of the most scintillating tracks of the year.

While you have been enjoying the song and celebrating your breakup like Anushka Sharma and Ranbir Kapoor, we are sure there are couple of things that you might have surely missed to notice in the song. Did you notice Ranbir doing the same step as Katrina Kaif’s from her song Kala Chashma? Yes, though Ranbir and Katrina Kaif have parted their ways but the two are bonding over a dance step. One can see in the video, Ranbir is grooving to the same hook step in the Break-up song. We wonder how unknowingly things keep them connected. 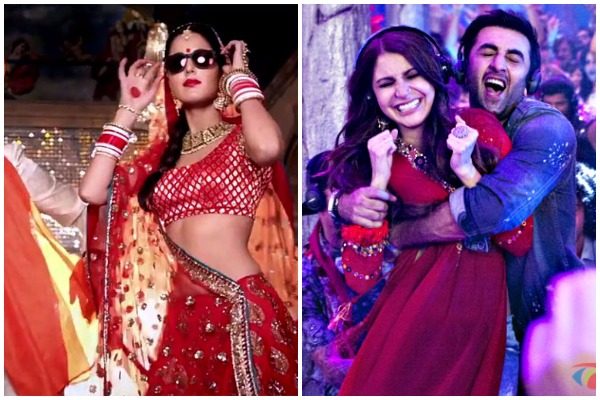 We are totally confused to decide who did the step better as both of them have nailed it. Can you guys share who performed the hook step better? Share your thoughts on the same in the comments section below.

Also, another thing that you might have missed to notice is Queen actress Lisa Haydon’s a blink and miss appearance in the song.

Also Read: Lisa Haydon Gets Engaged, and Announces it in the Sweetest Way

The film also stars Aishwarya Rai Bachchan and Fawad Khan in pivotal roles. Shah Rukh Khan is said to be doing a cameo in the film. The film is releasing this Diwali on October 28.

0 0 0
Previous : Watch: Deepika Padukone Break Down In Tears While Talking About Depression!
Next : This Married B-Town Celeb Gets Marriage Proposal On Twitter, Her Reply Is Epic!