Bollywood actress,Tisca Chopra, who is known for giving hit movies like Taare Zameen Par, Dil Toh Baccha Hai Ji, is also very much loved for her bold and straight replies. Once again, she proved us how to handle her fans at her wittiest best on social media. The gorgeous actress, who is already married to Sanjay Chopra,  got a marriage proposal on twitter. 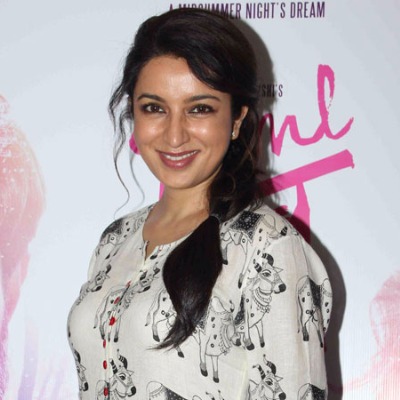 A Twitter user name Rahul tweeted asking the actress: “Will you marry me?”

@tiscatime will u Marry me?

Tisca Chopra had an epic reply to the marriage proposal and we got to see her funniest side out. The pretty clever and witty reply will surely make you go ROFL. The actress replied back saying, “Was just waiting to be asked, thank you. Yes I will. Please send me all details. My husband also wants to see who I am leaving him for.”

Was just waiting to be asked, thank you. Yes I will. Please send me all details. My husband also wants to see who I am leaving him for.. https://t.co/AqtvngLAo7

Well played, Tisca Chopra and we were eagerly waiting for such comeback!

Well, social media and Bollywood goes hand in hand. Twitter is the only social media platform where fans can directly interact with their favourite celebrities and express their heart out. And they end up with such cute and best conversation. Don’t you agree?