Bollywood actress Deepika Padukone is that one brave lady who came out publicly and spoke about her personal issues, struggles, and depression. As we all know, the starlet has battled with depression and has always spread awareness among people to help them get over such issues in life. After overcoming her depression, Deepika Padukone started her own NGO called LIVE LOVE LAUGH, which deals with the issue of mental health. 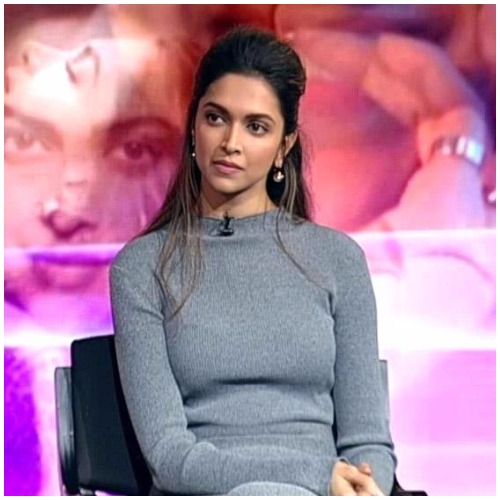 Recently, at the launch of a nationwide campaign jointly with Live Love Laugh Foundation (TLLLF) on World Mental Health Day, Deepika Padukone emotionally broke down while sharing about her struggle with depression. The Bajirao Mastani actress spoke how her friends and family stood by her during her depression and helped her to cope with the disorder.

“Two years back, my family had come to see me. They were about to leave and I was all alone in my bedroom, curled up. My mother walked in and asked if everything was okay, I said yes. She asked again if it was work or something else that was bothering me, I said no. She asked me so many times that I felt myself choking and I broke into tears. I want to tell my mother that if it wasn’t for you, I wouldn’t be here. Thank you for being with me all through the way. Thank you to my sister, my father and friends who supported my immensely,” said Deepika Padukone at the event.

The actress further added saying, “When I shared my story first, I did not feel any stigma or shame attached to it. And, the reason I came out in the open about it was because I just did not want to feel what I was feeling, I did not let depression to get the better of me. So, I think the root cause is stigma. And the day we as a society can together get over that stigma and bring awareness about mental health issues, we will win this battle.”

0 0 0
Previous : Tiger Shroff’s GQ India Shoot Pose is Going Viral, And You Will Be Amazed to Know Why…
Next : Watch: Here’s How Katrina Kaif is Part of Ranbir Kapoor’s The BreakUp Song From ADHM!