After much wait, the first official trailer of Half Girlfriend starring Shraddha Kapoor and Arjun Kapoor in the lead roles is finally out. The trailer of the much-anticipated film showcases a very unusual love story of Riya Somani and Madhav Jha. The trailer opens with Arjun Kapoor as Madhav letting the audience know that he can’t speak English and is a small town boy.

The trailer then follows how a small town boy falls in love with an open minded Delhi girl, Riya and how he lands into a complicated love story with her. His world turns upside down after Ria rejects to be in a relationship with Madhav. She rather prefers to be “Dost Se Zyada, Girlfriend Se Kam”( More than friends, less than a girlfriend) as the tagline of the film suggests. 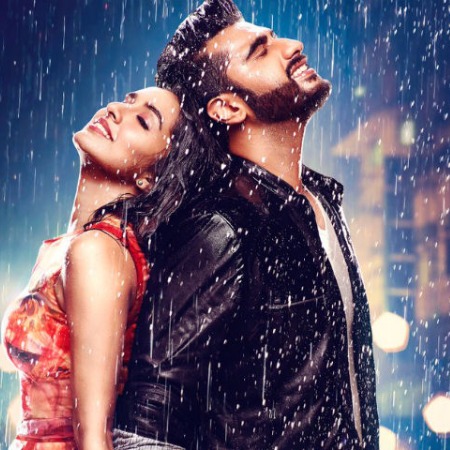 Directed by Mohit Suri, the intense love story sets out to explore the grey area in relationships today and how the couples deal with it. The film is set against the backdrop of three distinct worlds of Delhi, Patna & New York. The musical touch of Arijit Singh’s vocals gives a lively feeling to the trailer. Well, it’s a Mohit Suri’s film and once again he brings feel in the music which cannot be acted on the screen.

Based on the bestseller novel by Chetan Bhagat, Half Girlfriend has been directed by Mohit Suri and is set to release on May 19 this year.

Watch the trailer of Half Girlfriend right below:

WATCH: The Trailer of ‘Lipstick Under My Burkha’ is Shameless and We Love It

0 0 0
Previous : 15 Bollywood Debutants Who Shined, Then Faded Away Into Oblivion
Next : Sunil Grover Teams-Up With Sunny Leone For A New Project – Watch Video!