Seems like January is Rishi Kapoor’s month. Not only did the veteran actor get the award for Best supporting actor for his role in ‘Kapoor & Sons (Since 1921)’, but this also is the month when his autobiography ‘Khullam Khulla: Rishi Kapoor Uncensored’ will hit the stands. Barely a few days have left for the release of the book, and already the explosive revelations and content is making its way to the media, creating a fine buzz about it.

And what do we come across now? An account of a tête-à-tête between Rishi Kapoor and the mafia of all, Dawood Ibrahim! Yes, the two have met and what an interesting tale it is.

It so happened that on one fine day in the year 1988, the actor was in Dubai for an Asha Bhonsle concert, wherein he was invited to the gangster’s home for tea. He reveals that he was picked up by his men and the route taken for such so he could not remember the location of Dawood’s house. They met, had a chat over four cups of tea, wherein Dawood revealed that he had not killed someone but got a person killed.

In his own words, “The year was 1988. I had landed in Dubai with my closest friend, Bittu Anand, for an Asha Bhosle-RD Burman night. Dawood always had a man at the airport to keep him posted on VIP movement. When I was leaving the airport, a stranger walked up to me and handed me a phone. He said, ‘Dawood sa’abbaatkarenge (Dawood sa’ab would like to talk to you).’ Obviously, this was before the 1993 blasts in Mumbai and I didn’t think of Dawood as a fugitive on the run. He wasn’t an enemy of the state yet. Or, at least, that was the impression I had. Dawood welcomed me and said, ‘If there is anything you need, just let me know.’ He also invited me to his house. I was taken aback.” 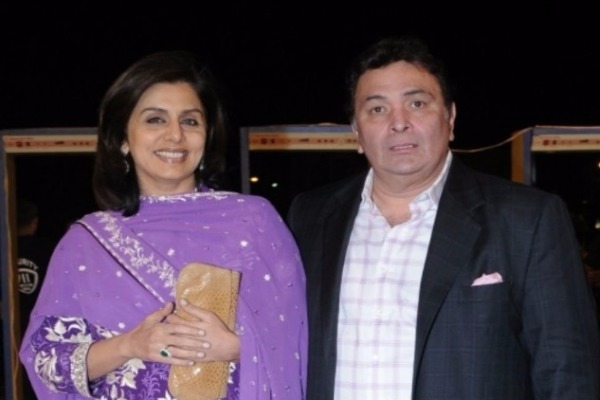 However, this was not it, there is more to come. Rishi bumped into Dawood again, this time with wife Neetu Kapoor, in the year 1989. Rishi and Neetu were shopping in Dubai. Accompanied by 10 bodyguards, Dawood offered to buy anything Rishi wanted.

Here, Kapoor further adds, “Finally Dawood said, ‘I am a fugitive because I will not get justice in India. There are a lot of people there who are against me. There are also many in India I have bought. I pay several politicians who are in my pocket.’ I said to him, ‘Dawood, please leave me out of all this, yaar. I am an actor and I really don’t wish to get involved.’ He understood. He was always extremely nice to me and showed me a lot of warmth.”

Though they did not come across each other ever since that coincidental meeting at the shoe shop, Kapoor indeed had an interaction with Dawood’s family. Dawood’s brother Noor was the lyricist in Rishi Kapoor’s movie ‘Shreeman Aashiq’, the music of which had been composed by Nadeem Shravan.

Well, well, this does seem interesting. We are definitely waiting for this one to be out on January 20.

0 0 0
Previous : She Asked For The Same Money That Shah Rukh Was Getting”: Karan Johar On His Fallout With Kareena Kapoor Khan
Next : Atif Aslam Stops Singing, Slams a Man for Harassing a Woman In His Concert