The gorgeous actress Priyanka Chopra is riding high on success in Bollywood as well as in Hollywood. The actress is leaving no stone unturned with her bold and impressive avatar with her Hollywood TV show, Quantico. The starlet will also be seen in upcoming Hollywood film, Baywatch opposite Dwayne Johnson. If that was not enough, Priyanka Chopra is all set to appear on “The Ellen DeGeneres Show.” 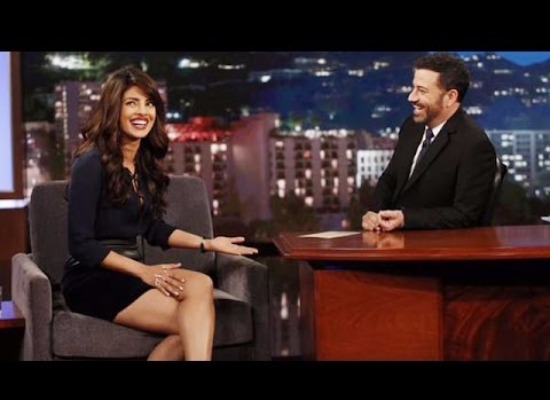 The talk show, which is hosted by comedian Ellen DeGeneres, is all about fun and quirky segments and we definitely can’t wait to see Priyanka on the show. Confirming about her appearance on the talk show, Priyanka re-tweeted a tweet of a US-based website. From Jimmy Fallon to Kelly Ripa, the Bajirao Mastani actress is enjoying promoting her Quantico Season 2 on various talk show.

Well, Priyanka Chopra who is on a success spree has her hands to conquer Hollywood with her impressive acting skills. Priyanka Chopra is popular face internationally and has gained a lot of fame across the world. This time, the actress will appear on the talk show and we are super excited to see how the starlet will impress the audience.

Do not miss to watch Priyanka Chopra at The Ellen DeGeneres Show on October 25.  We are super excited to see when Ellen will take Priyanka to the quirky side.