Love is in the air for the Jonas Brothers! Nick Jonas and Priyanka Chopra enjoyed a night out in London on Monday as they were joined by Joe Jonas and his ‘Game Of Thrones’ actress fiancée Sophie Turner.

The group dined at Mayfair’s 34 Restaurant before heading over to the Ritz casino later that night.

Priyanka was seen walking hand in hand with Nick while sporting L’academie white-grey button-down dress paired with white heels along with a transparent handbag. While Nick was wearing plaid-burgundy shirt with colour-coordinated trousers. 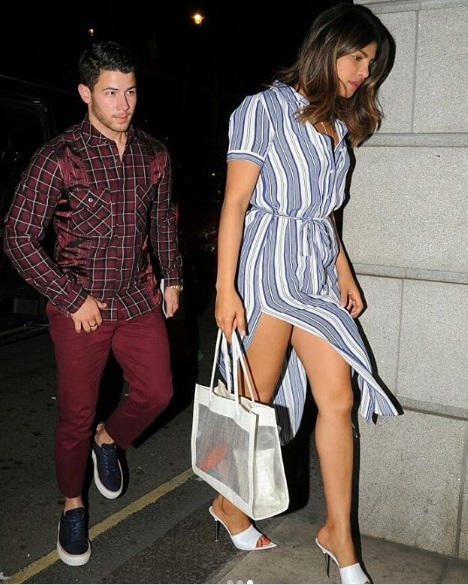 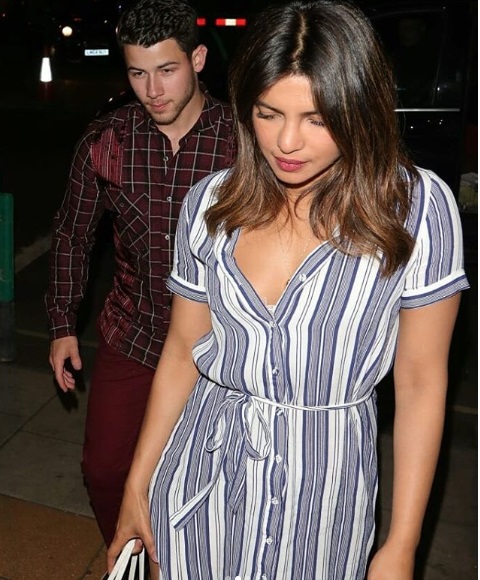 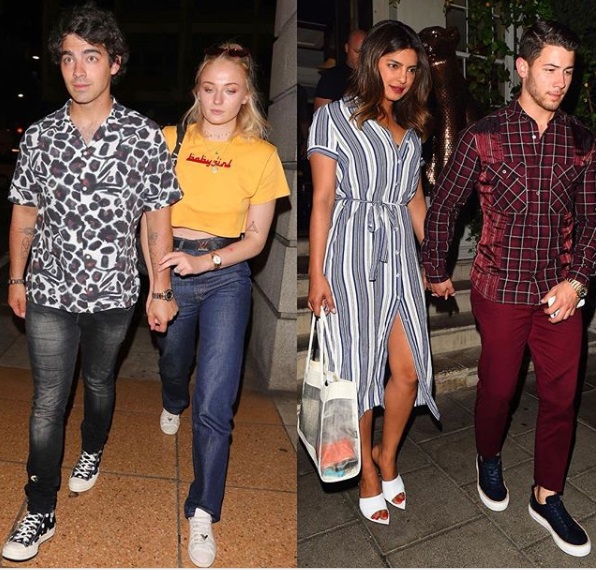 The eldest Jonas Brother— Kevin Jonas was the fifth wheel of the evening.

Looks like Nick is kicking off the actress’ birthday celebrations a day early as Priyanka flew to London to celebrate her 36th birthday with the Jonas Family. Priyanka was earlier in New York with the crew and cast of Hollywood film ‘Isn’t It Romantic’.

Rumoured Couple Priyanka Chopra and Nick Jonas To Move In Together?

Worthy of being a Bollywood dance number—Priyanka along with Liam Hemsworth and Rebel Wilson filmed a dance sequence on the streets of New York.

Priyanka looked absolutely radiant in a bright pink dress with a thigh-high slit and nude sandals. 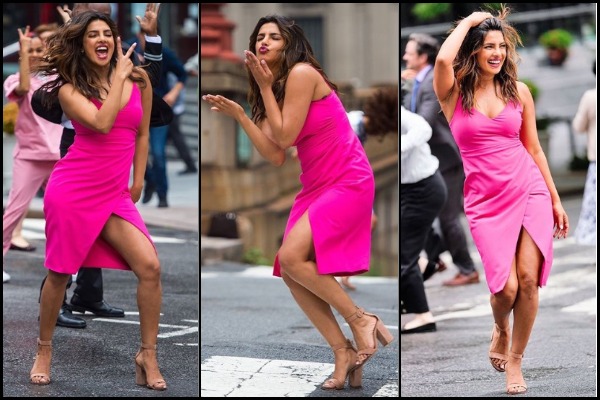 Repost from @liamhemsworth Had the best time filming with this bunch! A truly great group of people. So many laughs. Can’t wait for everyone to see it next year on valentines weekend! @isntitromanticmovie

Take a quick sneak peak of @priyankachopra shaking a leg with @rebelwilson @liamhemsworth @andybovine for their upcoming movie #IsntItRomantic. So excited to watch this one! ????

‘Isn’t It Romantic’ is Priyanka Chopra’s third Hollywood movie after ‘Baywatch’ and ‘Kid Like Jake’.

0 0 0
Previous : Happy 36th Birthday Priyanka Chopra; Desi Girl and Her Past Six Alleged Affairs
Next : Jaya Bachchan Reacts To India Being The Most Dangerous Country For Women