Shweta Nanda Bachchan needs no introduction. Daughter of Amitabh Bachchan and Wife of famous business tycoon Nikhil Nanda. The name and fame from both the families will always keep you in the limelight for all the good reasons but, not always. Past few months, we have been noticing that tabloids and media houses are publishing every photo of Shweta Nanda’s daughter Navya Naveli, with awful headlines like ‘Navya Nanda HOT pics’  or ‘Navya Nanda parties with friends, WILD’! 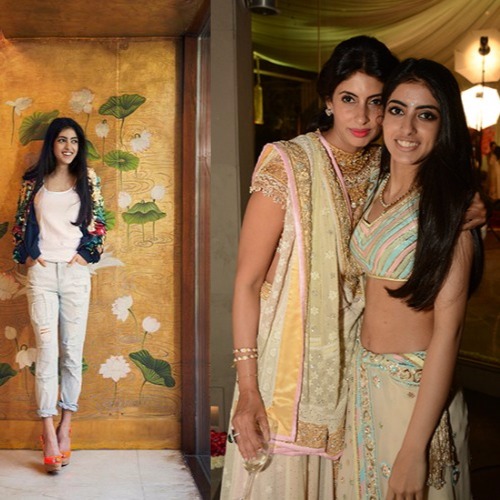 We see that celebrities do not have much or say do not at all their private life’s exist. But, what we are seeing now is, star kids are also no where given their private life to live, because the word star is connected to their names. Amitabh Bachchan’s granddaughter, Navya Naveli is one of the mainline victim for the paparazzi to grab every possible tiny things and make it public. For no reasons media houses is making headlines out of Navya Naveli and breaching into someone’s private life. Like every other mother, Shweta Nanda has come to the rescue of her daughter and have penned down a strong open letter pleading “Let My Daughter Have Her Private Life”.

Also Read: #LetsTalkAboutRape: Farhan Akhtar’s Open Letter to His Daughter is Something Every Girl Should Read

This letter is speaking exactly the same state of mind and heart of any mother for her daughter would be. Read the entire letter below –

It’s 3:00 am. I am binge-watching a costume drama (my guilty pleasure) on my iPad, successfully crowding out thoughts of deadlines, columns, and irate editors when my phone alerts me to an Instagram post made by my daughter, a picture of her descending a flight of stairs.

Before I can even click a heart on it in approval, I think… the internet is going to have a field day with this one when they get their hands on it, and they eventually will! I almost pick up the phone to call her and grumble about yet another picture of hers floating all over the net, but stop myself. This is why… You do not know my daughter, the websites that post her pictures with captions like ‘Navya Nanda HOT pics’ or ‘Navya Nanda parties with friends, WILD’! certainly do not know her either. Nor, might I add, do they have her permission to post her private pictures. She is not a public figure. Yes, she is related to some very famous people, but that is something completely out of her control.

She is a teenager, and as most young teens are wont to do, she likes to dress up, hang out with her friends, pose for pictures and yes, go out to parties (she has a deadline and is always home well before it is over). If she finds herself on a beach, she will wear beach-appropriate attire — namely, a swimsuit — as would any young girl anywhere. If there is music, she will dance much like her peers would. She will pout, she will preen, she will hang out with boys — the last time I checked, absolutely normal teenage behaviour!

Most importantly all of her social media accounts are private and she is not on Twitter. So, it begs the question, how do her pictures land up all over the internet? Here is how. Web sites with a keen interest in Bollywood and its goings-on, make fake identities (mostly in the names of her friends) and send requests to anyone following her and often to her as well. They then plunder the accounts of her friends and use their photos to post on their websites captioning them irresponsibly and disrespectfully, most of them stop short of objectifying and shaming her. This has been happening with my daughter since she was 13 years old!!

What if it was your child?

My daughter Navya likes reading, the Kardashians, rajma chawal, curling up next to her Naani while watching TV, teasing her brother and counselling her friends when their hearts are broken. She doesn’t have any particular interest in acting or pursuing a career in acting as of now. She is generous and kind and bright, but these attributes don’t make fetching headlines! Do the adults who run these sites even know how invasive and inappropriate what they are doing, is? Do they even care? And would they like it if this happened to their children?

Navya has a strong sense of self, so perhaps, it does not hurt her as much when in the comments section, people judge her, deride her, call her unattractive or scrawny. But you can well imagine what it would do to the self-esteem of a young, impressionable girl, who hasn’t asked to be thrust into the spotlight in this way. She is somebody’s child, a most treasured and beloved child. As a parent, I sit helplessly. Unable to plug the flow of this filth that is distributed in the name of information and journalism, and all in the pursuit of hits and likes, leading to some kind of monetization. In effect, they profit off pictures stolen from my daughter’s life. If there is rock- bottom, this would be it.

A couple of weeks ago, another slew of pictures went viral, and I asked my daughter to caution her friends against posting anything on an open platform, to which she replied, “I can tell them, but I don’t want anyone in college to know, though.” I decided then, that I was not going to fight this, I was going to let it be. She doesn’t have to hide, she isn’t doing anything wrong. Her parents and her family are absolutely okay with what she wears and does.

But I can write about it in the hope that the people peddling this nonsense have some shame or at least accountability, though I highly doubt they will. Perhaps if they understood that we, just like them, are human beings, trying to get about our everyday lives while making sure we give respect to the love and affection people show members of our family, couldn’t they in return give my daughter her private life back?

Let’s not intrude into someone’s life and make it public without one’s consent. We should know our limits.