Looks like there will not be a dull day in Meghan Markle, Duchess of Sussex’s life. Nowadays the new royal is occupied by making formal appearances as a Duchess and is constantly under radar by being surrounded by the news of her controversial father— Thomas Markle. Amidst the latest controversy stirred up by her father, reportedly, Meghan has taken her first solo flight to Toronto sans Prince Harry.

This is Meghan Markle’s first solo trip after getting married to Prince Harry in May 2018. Likely the reason for this solo jaunt across the pond sans her husband is to relax among her Canadian friends which the Duchess made during her stay in Toronto while filming ‘Suits’. Probably Meghan has made this trip to refresh herself before embarking on her first official overseas tour with Prince Harry to Australia, New Zealand, Fiji, and the Kingdom of Tonga. 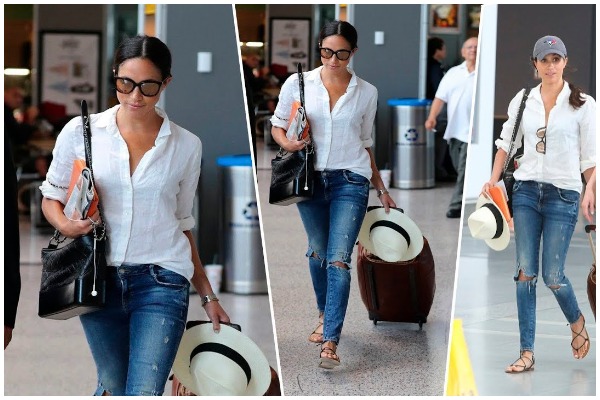 Meghan Markle, Duchess of Sussex’s first solo trip to Canada comes in time just as her father has stirred up new controversies via his outrageous statements.

In an interview with The Sun, Thomas Markle spewed accusations against his daughter Meghan and Prince Harry’s royal family. Thomas Markle described the Royal family as ‘Scientologists or the Step-ford family’ and he called them out by stating that they have a ‘cult-like’ and ‘secretive’ family dynamic.

By the looks of it Thomas Markle is likely to cease his hate speech against his daughter Meghan Markle and her new Royal family.