‘Queen’ actress Kangana Ranaut has injured herself yet again while shooting for Manikarnika.

It came to notice only when a paparazzi spotted Kangana Ranut with injured leg on wheelchair at the airport. She was seen wearing black tee and a military jacket paired with track paint and a cap. She was all smiles when shutterbugs started clicking the photos.

The paparazzi remained stuck to see that Kangana on wheelchair with the bandage on her right leg. When inquired about the fact, the sources revealed that Kangana injured her leg while shooting for an action scene for her upcoming movie Manikarnika in Jodhpur. The actress who is known for her talent hurt her leg when she had to jump from a wall on the top of a horse, there she fell down and sprained her leg. The actress was admitted to the hospital for a day and is advised a week’s rest.

Kangana gave the funniest expression and smiles while shutterbugs clicked them all. Check the PICS here: 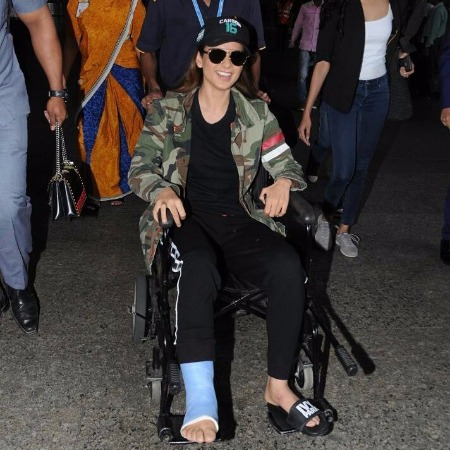 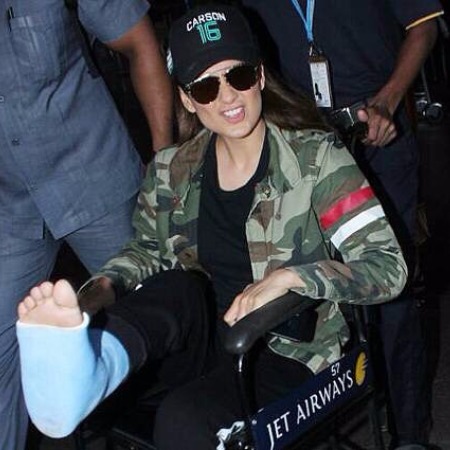 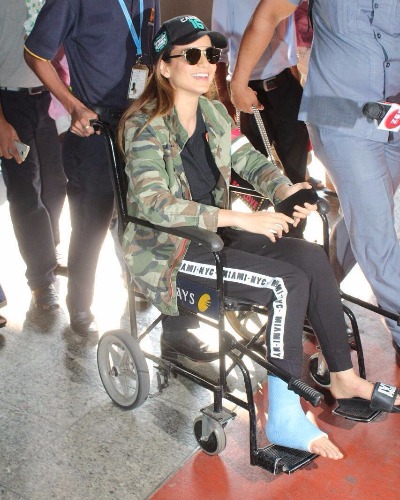 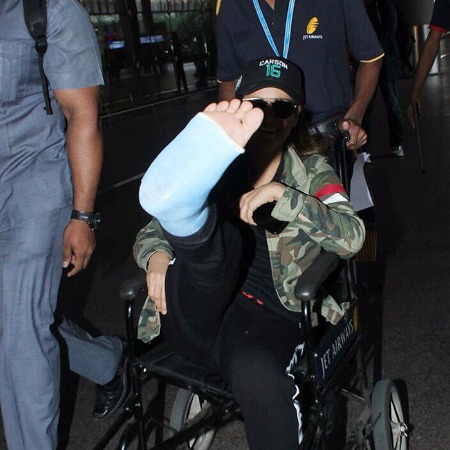 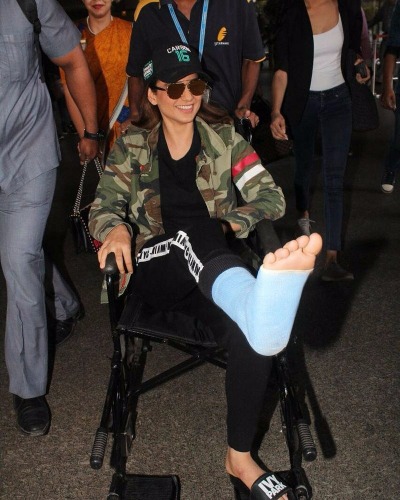 The movie is slated to release on April 27 next year.