If you thought that just Bollywood plots were crazy, you have not come across Bollywood fans who are even crazier and would go to any lengths to be in the eyes of their beloved stars. However, there are other fans who just get so befuddled that they forget everything. They become a puddle and even get confused, but then, what will one do if superstars like Shah Rukh Khan and Akshay Kumar came in front of you. Anyway, something similar, though a bit baffling, happened.

Well, Shah Rukh is just an enigma to watch on TV shows, and the persona that is reflected there is much more charismatic than the character he plays. After loving him in the first episode of ‘Koffee With Karan 5’, we again were lucky enough when he graced the seat at television show ‘Yaaron Ki Baarat’ hosted by Riteish Deshmukh and Sajid Khan. Accompanying Shah Rukh Khan was his ‘Rab Ne Bana Di Jodi’ co-star and bestie Anushka Sharma.

During one of the conversations, Shah Rukh revealed a particularly hilarious incident when a fan mistook him to be Akshay Kumar! How a fan can get confused between the two superstars who are legends in their own ways, is beyond our comprehending abilities, but apparently, that is what happened. The fan ran up to SRK and said, “I am your biggest fan, Akshay Kumar.” Unperturbed, SRK said, “Then you must like my song, Tu cheez badi hai mast mast.” The fan instantly agreed that she indeed loved SRK in the song, still thinking him to be Akshay. 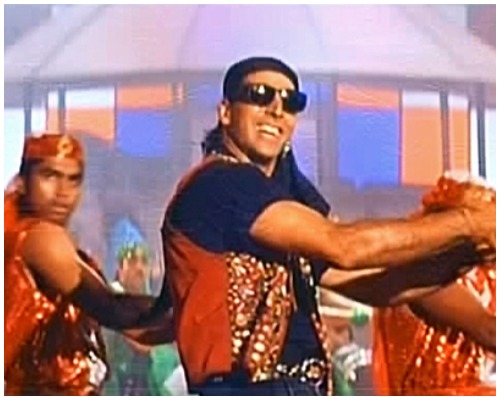 But even more surprising is what happened next! Instead of correcting the fan, our humble Shah Rukh Khan signed an autograph on behalf of Akshay Kumar.

SRK and his antics. Real class we tell you.