California wildfire rage have forced thousands of residents including Kim Kardashian to pack and flee from their home.

A huge fire broke out in the Hill Canyon area in the south of the state on Thursday and spread all over 7,000 acres of land. The scorching fire sweeps a major highway too.

The fire flames is spreading so fast due to windy weather which forced more than 1200 residents homes in Hill Canyon to evacuate from their house. Kim Kardashian was one among who was asked to pack her bag and evacuate in an hour.

The Keeping Up with the Kardashians star before landing filmed the flames from her private jet and realized on landing that the flames were part of the Woolsey Fire burning near her house.

Kim, 38, shared the aerial video on her Instagram stories and asked her fans to to “pray for Calabasas.” 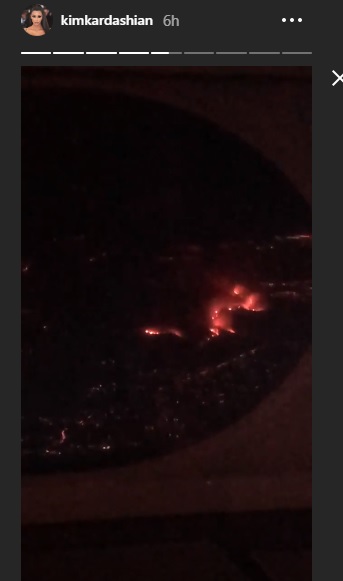 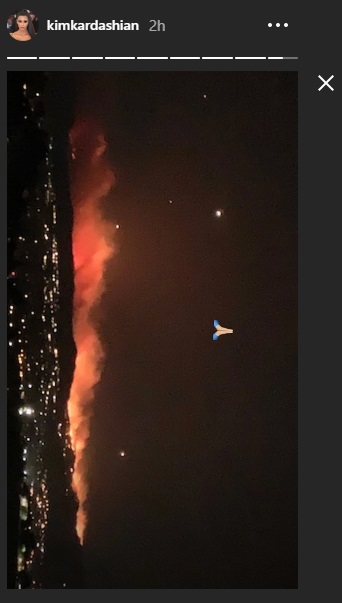 “Just landed back home and had 1 hour to pack up & evacuate our home. I pray everyone is safe,” she wrote.

Kim Kardashian Talks About Having Less Independence After Marriage, Political Differences With Kanye West and More

She also filmed the fire fighters from her cars arriving to rescue and wrote: “They’re evacuating everyone right now from all of our homes.” 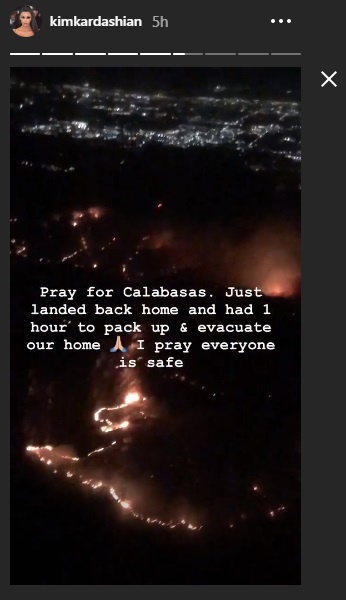 Kim sister Kourtney lives in Calabasas, who also chose to evacuate. She shared a picture of her packed bags on her Instagram stories and wrote – “I pray that everyone is kept safe and protected from these fires. No Calabasas tonight.” 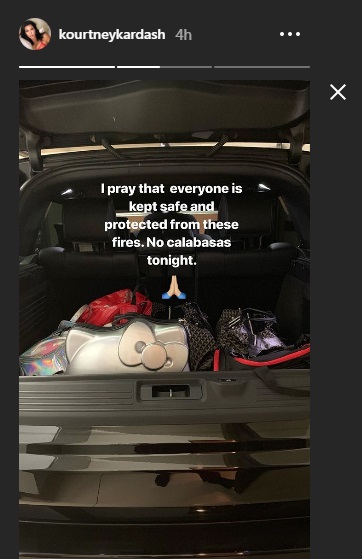 The City of Calabasas tweeted that the Woolsey Fire  — had “grown to over 2,000 acres with 0% containment.”

The #Woolsey Fire has grown to over 2,000 acres with 0% containment. @LACoFD has ordered a mandatory evacuation in all areas north of the 101 freeway from Valley Circle to Lindero Cyn. A voluntary evacuation remains in effect for Calabasas areas south of the 101 pic.twitter.com/6PzFCxdbzP

We pray for everyone’s safety and health.