Hollywood’s celebrated couple Angeline Jolie and Brad Pitt went through a rough patch last year. The fans who used to refer the couple as Bragelina, filed for a divorce in mid last year. It wrenched our heart, when the news of Angelina Jolie filing divorce with Brad Pitt broke.

Also Read: Post Announcement of Divorce from Angelina Jolie, Brad Pitt Reunites with His Kids for the First Time 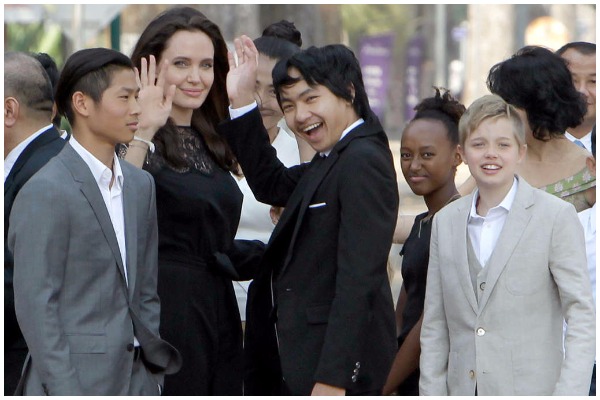 Angeline and Brad started seeing each other since 2004 and then got married in 2014. Angelina, who now alone have the sole custody of her six kids – Maddox (15), Pax (13), Zahara (11), Shiloh (10), and twins Knox and Vivienne (8)  spoken for the first time since she filed divorce with Brad Pitt. Holding her tears really hard, Angelina broke her silence on her split with Brad Pitt since September last year.

Angelina in her recent interview with BBC News said she and her family had a “very difficult time”. Upset Angelina added, “Many people find themselves in this situation … My whole family have all been through a difficult time. My focus is my children, our children.”

“We are and forever will be a family and so that is how I am coping. I am coping with finding a way through to make sure that this somehow makes us stronger and closer,” Said Jolie.

Post split with Brad Pitt, Angelina Jolie had premiered her latest film First They Killed My Father, a real-life story of the Khmer Rouge genocide told through the eyes of a child and directed by herself. The event marked Angelina’s first official appearance after going her separate ways from the Hollywood A-lister.