Known for his penchant for making taut thrillers, Neeraj Pandey has always entertained his audiences with stories that had twists and turns and surprise endings, which kept the audiences glued to their seats. Back with his recent outing ‘Aiyaary’, Pandey fires another shot, but sadly enough, misses the mark. Ever since the movie promos did the rounds, an air of mystery enveloped the story of the film and not a word was spoken about it, stirring the audiences’ interest. But now that it is in theatres, the word aiyaary, which roughly means ultimate trickery, might soon make way into our lexicons, although the movie might not make way into our hearts!

A high-ranking officer in the prestigious Indian Army, Colonel Abhay Singh (Manoj Bajpayee) is assigned the task of heading an unofficially-funded secret unit. A bright cadet, Major Jai Bakshi (Sidharth Malhotra), takes an instant liking to his mentor and his ways of working. Singh in turn, takes the brainy Bakshi under his wings and teaches him the methods of staying ahead in the game. 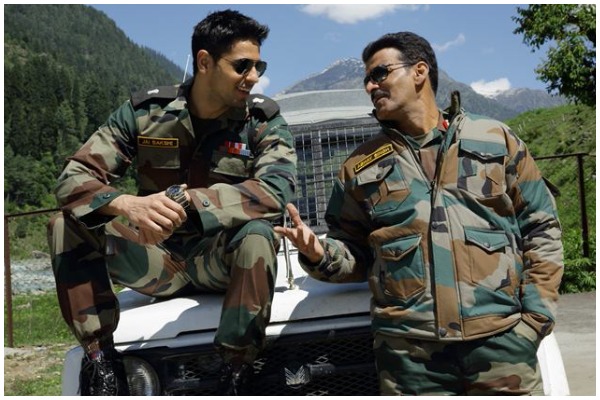 The formidable duo works closely with each other, carrying out special duties; but then Jai realizes there is more than what meets the eye. Highly-placed officers in the organization are weaving a huge web of lies, deceit and treachery within the organization and he decides to take matters in his own hands and goes rogue. Jai goes halfway across the globe, solving one mystery after another, getting entangled into more of them, while his mentor is hot on his heels, tracking his every move. But then, Jai too, having learnt the tricks of the trade from Singh, tries his best to outdo his master. Then on, begin the cat-and-mouse chase and the guessing game, where one of them is not what he seems to be!

‘Aiyaary’ is Neeraj Pandey’s well-intentioned movie, gone awry. He takes his own sweet time to introduce the characters, which appear shallow and are not etched properly. Take for instance, Naseeruddin Shah’s Baburao, who is clueless about the goings-on and leaves the audiences confused in the process too. The mystery, which is not well layered, ultimately doesn’t give the viewers a satisfactory feeling. Had he trimmed the length and focused on making the screenplay a bit racier, his purpose would have been solved.

On the flipside though, all the actors in the ensemble cast perform well and put up a great show. Manoj Bajpayee is superb and same can be said about Adil Hussain, who has now become a name to reckon with in the industry. Pooja Chopra and Kumud Mishra lend their able support. Seasoned actors Naseeruddin Shah, Vikram Gokhale and Anupam Kher stand tall in their respective roles. While the doe-eyed Rakul Preet Singh is back in Bollywood, her character is superficial and doesn’t give her enough scope to act. It is Sidharth Malhotra, who among all the stalwarts, gets to sink his teeth in his role and the young actor doesn’t quite disappoint.

Technically the film is sound, and a special mention goes to the cinematographer Sudheer Palsane, who captures the beauty of London, Cairo, Kashmir (and surprisingly Delhi) in their splendor. Songs aside, the music is easy on the ears and is a saving grace. A crisper editing could have worked wonders.

All said and done, ‘Aiyaary’ might disappoint some fans of the crime thriller genre, but Neeraj Pandey’s efforts at bringing a story that needed to be told, deserve appreciation, although his ‘ultimate trickery’ doesn’t pay off in the end!