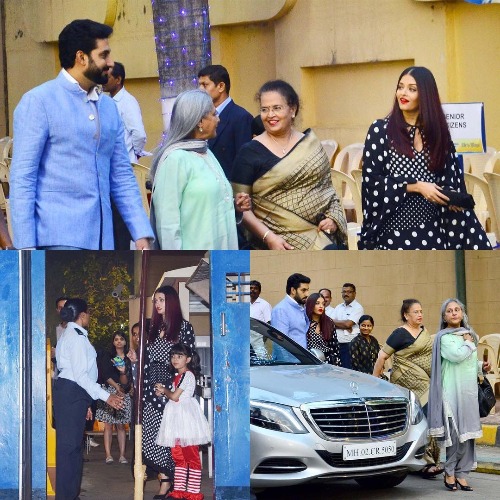 Many Bollywood celebrities along with their star-kids were seen at Dhirubhai Ambani International School’s annual function. Shah Rukh Khan along with his four-year-old son AbRam was also spotted. Suhana Khan, Aryan Khan and Gauri Khan too were spotted at the annual event. 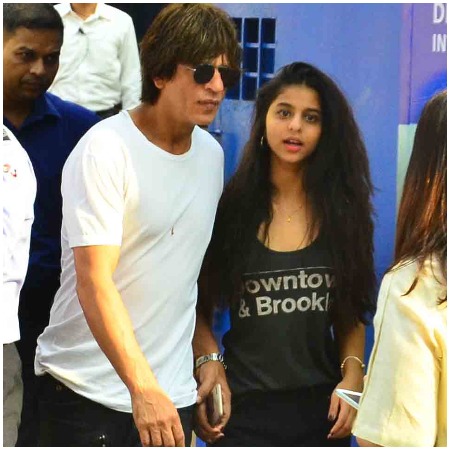 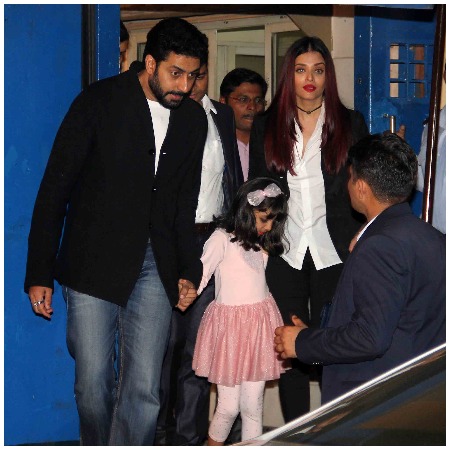 Aaradhya stole the show as she performed on the stage with her classmates. Abhishek and Aishwarya, and grandmothers, Jaya Bachchan and Krishna Rai were seen cheering their hear out.

Aaradhya’s surely got the moves! At her Annual Day Function a few minutes ago pic.twitter.com/9Q7wlDKXHB

Aaradhya’s Annual Day performance from a few minutes ago. She was clearly in charge and I especially love the ending pic.twitter.com/yxNK1YR1Sw

On the other hand, SRK’s son AbRam beautifully performed to the tunes of “Yeh Tara Wo Tara” from Swades. As soon as AbRam took the stage along with his classmates, sister Suhana and father Shah Rukh Khan were seen cheering up from the audience.

AbRam performing on the song "Ye Taara Wo Taara" from the movie Swades Aww he is looking cute as hell!! ❤❤ @iamsrk @gaurikhan @suhanakhan2 @___aryan___

Cutie AbRam's performance ? And there are Papa, Mama, and Suhana, who enjoy it very much, wonder what are they talking about ? Follow @shahrukhkhansquad ? #shahrukhkhan #srk #abramkhan #gaurikhan #suhankhan #aryankhan #bollywood #dais

Shah Rukh Khan caught in a nostalgic moment when he saw his kid AbRam dancing on his song number. He posted a collage pic on his Instagram account and wrote,  “Spectacular DAIS Annual Day. God Bless you Nita Ambani for loving the kids. Made me nostalgic when to act was not important just trying was..,”

Spectacular DAIS Annual Day. God Bless u Nita Ambani for loving the kids. Made me nostalgic when to act was not important just trying was..

Aaradhya Bachchan’s dadaji Amitabh Bachchan coud not attend his granddaughter’s annual function as he was in Thailand shooting for Thugs of Hindustan. He posted a collage pic of family on Instagram post –

Aaradhya’s annual day stage performance time … and its a sell out with the family in attendance.. except Dada ji .. who is in Thailand for TOH shoot 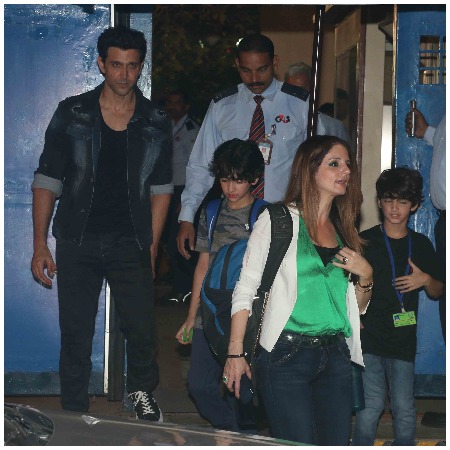 Other celebrities who attended the event for their kids were Hrithik Roshan, Sussanne Khan and her kids, Karisma Kapoor and Raveena Tandon.