After Thanos’ fateful snap, half the Earth is turned to dust, until Captain Marvel saves the day for Tony Stark and Nebula, who are stuck in space. When the Avengers assemble once again for the last time to undo the done, it costs several superheroes their lives. Who lives? Who dies?

The Marvel Cinematic Universe (MCU) is one of the greatest storytellers of modern times that have minted money at the box office, whenever they have released a film on the big screen. Movies with great repeat value, MCU has fans across the globe that not only follow each film closely but also come up with their own fan theories to keep themselves occupied before another one of the movies is released. The last in the series ‘Avengers: Endgame’, which was one of the most awaited movies of the year 2019 just released and it does not fall short of our expectations.

After Thanos, the Mad Titan collected all the Infinity Stones – Time, Space, Mind, Soul, Power and Reality – from superheroes that owned them and ‘snapped’ half of all life form from the entire universe; many of the superheroes were left to fend for themselves and did not know what to do. With Thanos, the mighty super villain, now away on another planet, smugly looking into the horizon after decimating half the human population, it has become even more difficult for the Avengers to reach a plausible conclusion and undo what has been done. 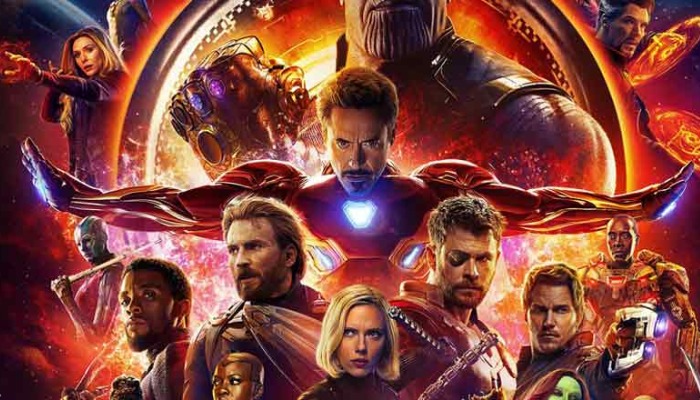 While Tony Stark and Nebula are stuck in space, with supplies now run out, they have no hopes of making it out of there alive. But before being turned to dust, Nick Fury sends a quick message to Captain Marvel, who saves Tony and Nebula just in time. After Tony reunites with his surviving team members, they decide to find Thanos so that they can retrieve the Infinity Stones and reverse his actions. But it is not the right time.

Kalank Movie Review: Kalank Is A Solid Stain That Disappointed Us To The Core

Five years later, Scott Lang aka Ant-Man makes his way out of the quantum realm and meets with Captain America and Black Widow. It is here at the Avengers HQ where they discover that quantum realm can actually allow the phenomenon of time travel to become a reality and can be put to good use to bring back those that had been wiped out.

‘Avengers: Endgame’, which is the last in the series of 22 films, is one of the best Marvel movies to have been made. Fine direction, good dose of entertainment, an ensemble cast, great storyline and emotional goodbyes, ‘Endgame’ received an overwhelming response at the box office upon its release. The movie is an experience in itself and cinephiles, who have watched each and every movie in the series, can vouch for the way in which ‘Endgame’ has been concluded on a high note.

Superb visual effects, well-etched out characters, first-rate action choreography, an endearing farewell to fan favourites and a climax that gives you a bittersweet moment, ‘Endgame’ is just what MCU lovers had been waiting for since last year. The adrenaline-pumping scenes are very well shot and no superhero seems to overshadow the other, with each one assigned a task of his own. The nail-biting sequences entertain the viewers right from the word go.

All the actors have put up a great show and Russo Brothers need to be applauded for a concluding movie that will be remembered for a very long time. Avengers: Endgame is not for beginners, only those that have been following the story arc since the year 2008 will know what the decisive film is all about. While many of our beloved superheroes will lose their lives forever, we are not sure whether we will get to see them again in spin-offs or prequels that MCU might release in the years to come.

Without giving out much of the storyline in the review, there is only one thing in conclusion for ‘Avengers: Endgame’ – do not miss this one at any cost!

0 0 0
Previous : Kalank Movie Review: Kalank Is A Solid Stain That Disappointed Us To The Core
Next : Student Of The Year Review{1.5/5}: Tiger Shroff, Ananya Pandey & Tara Sutaria Fails To Impress The Audience