Bollywood actor Sushant Singh Rajput is currently in the news for the right as well as for the wrong reasons. Apart from being in the news for his upcoming film Raabta with alleged girlfriend Kriti Sanon, Sushant is grabbing limelight for his behavior a tad bit more. Recently at the trailer launch of Raabta, Sushant had a verbal spat with a senior journalist over not answering a question on a national issue. Well, the actor is once again in the news for the wrong reason. As reported by an entertainment portal, Sushant got into an uglier spat with a few of his fans.

According to a SpotboyE report, Sushant abused his fans outside his place at wee hours, a couple of nights ago. Things turned worse when one of the fans slapped his watchman, who too was hurling cusses at them. The report further reads that Sushant was out for a ride in his new Maserati car and just when he saw his fans, he drove back home. However, his fans followed him to his place, which did not go well with the actor. 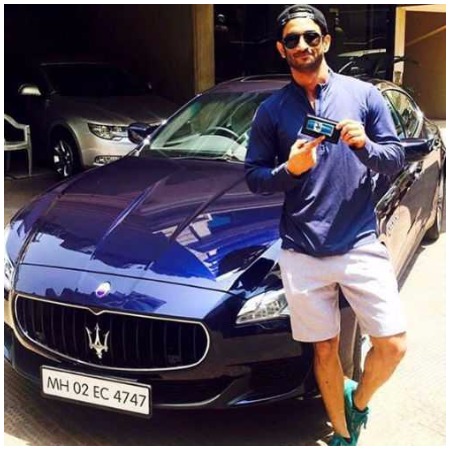 The fans even asked for a selfie, and angry Sushant hurled abuses at them instead of sending out a simple ‘no.’ Reacting to the piece of news, Sushant slammed the website on Twitter. He tweeted, “Try to be at least innovative next time when coming up with such stupid fictions. &what were you doing at my place at midnight #douche.”

Try to be at least innovative next time when coming up with such stupid fictions. & what were you doing at my place at midnight ?#douche https://t.co/oaYN04B7RV

Has the success of one film stuck his mind? It looks like the actor is really having a bad time with media these days. Never mind! The actor has currently geared up for the promotions of his much-talked film Raabta with co-star Kriti Sanon. Raabta is all set to release on June 9, 2017.

0 0 0
Previous : ‘Baahubali 2- The Conclusion’ Movie Review: Extravagance, Grandeur, Fantastic and A Winner Of All
Next : Sonakshi Sinha’s Brother Luv Sinha Takes A Dig At Amaal And Armaan Malik, Gets A BANG ON Reply!