As Sridevi begun her final journey, thousands of fans gathered on the road to pay homage. Sridevi, for the last time wore her favorite red kanjeevaram saree. The legendary actor who will always be remembered as ‘Chandni’, ‘Hawa Hawai’ and many different names was seen lying in a glass casket decorated with flowers. 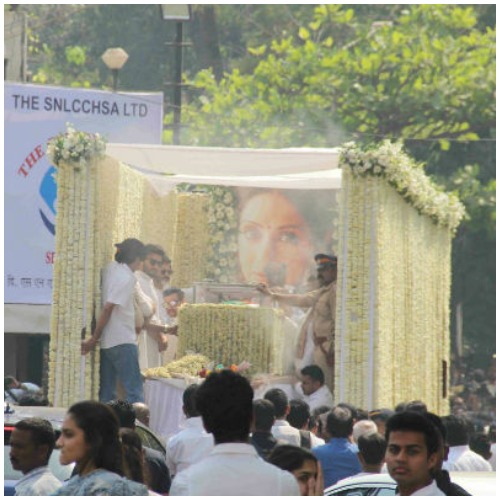 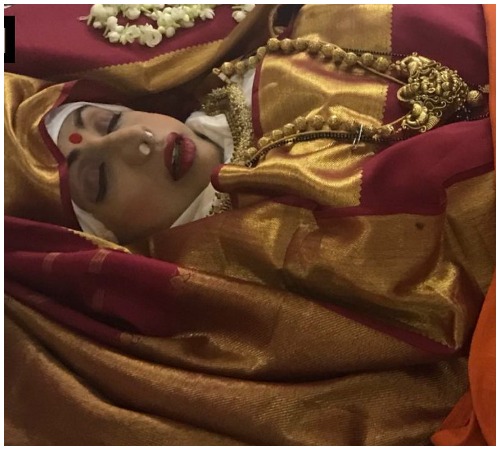 Huge crowd of fans are seen bidding goodbye to Sridevi with heavy heart, tearful eyes, some holding flowers and posters of Sridevi along the route – a distance of 5km – from Lokhandawal club to Pawan Hans crematorium in Vile Parle. 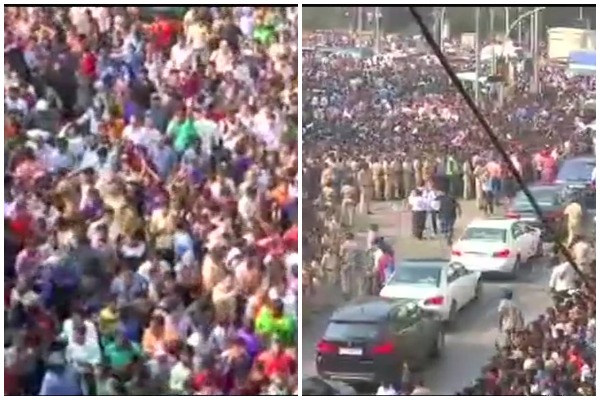 We all have lost Bollywood’s rarest gem.  A popular leading agency has shared the video of Sridevi’s mortal remains wrapped in tricolur and she is accorded with state honours. 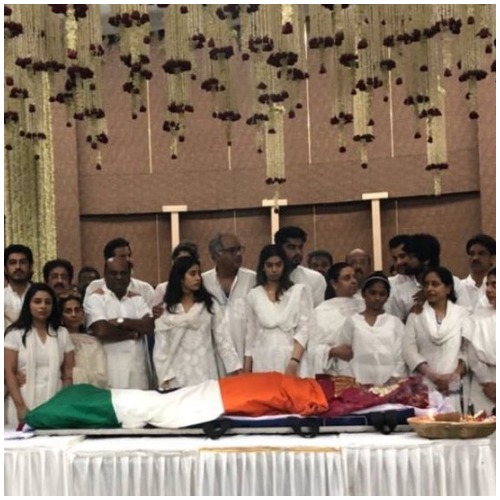 Thousands of fans and top actors paid their last respects today to the Bollywood icon Sridevi.