Aditya Pancholi’s son Sooraj Pancholi has deleted his Twitter account after requesting people to stop dragging him and his sister Sana in Kangana’s war of words with his dad.

Frustrated, embarrassed and distressed, this is what actor Sooraj Pancholi’s situation is. The word war between Kangana Rananut and Aditya Pancholi have caused mental trauma to his son Aditya Pancholi for no reason. Ever since the fight between actress Kangana and Aditya has once again surfaced, the media houses have been dragging son Sooraj and daughter Sana for no logical reason.

Tired and annoyed actor Sooraj Pancholi shut his twitter account. He did quit from twitter with series of tweets explaining why is he doing this and requesting all the media publications to not drag him and his sister Sana between Kangana Ranaut and Aditya Pancholi’s on-going controversy.

The 25-year-old actor tweeted, “I have nothing against anyone and I would like to keep away from the mess… It’s something that I have been trying to avoid for years. And I think it’s really not right for anyone to tag my sister or me in every single article about it.” 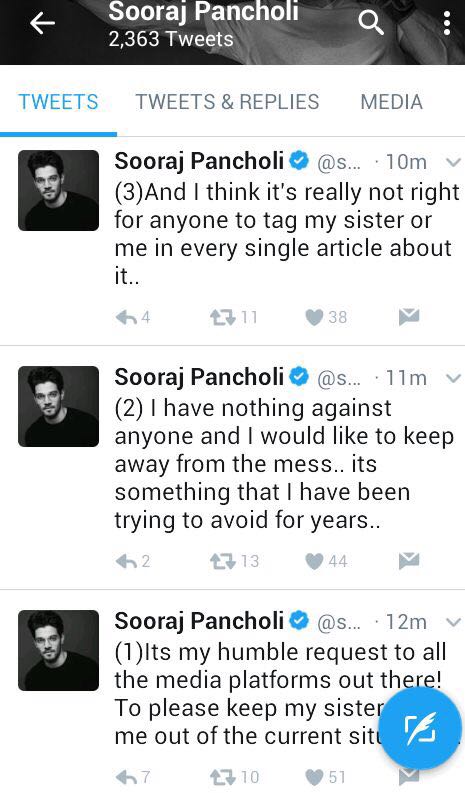 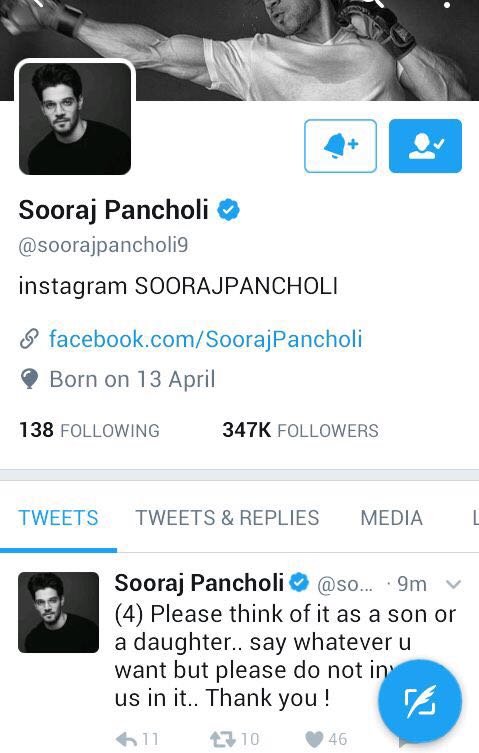 Aditya Pancholi’s wife Zarina Wahab too was dragged in this controversy. Irritated Zarina, in her interview with PinkVilla said, Kangana’s allegations are ‘ridiculous’.

0 0 0
Previous : Kangana Ranaut’s New Video Song With AIB Is A Tight Slap On Bollywood’s Sexism and Nepotism
Next : Twitterati Trolled Rishi Kapoor For Giving Dynasty Lessons To Rahul Gandhi; His Reply Proves That You Can’t Knock Him Down!