Sonam Kapoor has been wowing us with her healthy dose of fashion sense which is almost always on point. Obviously, at Cannes 2016, we already had our expectations from the fashionista, running high on vogue meters. The twiteratti must be going ballistic and calling her first red carpet appearance a roomali roti or a dosa, but for us, the Ralph and Russo gown, which she paired well with Chopard jewellery and Ferragamo shoes, looked ravishing on the charming lady. Her grace and confidence further added depth to the look, with the dewy and flushed makeup, framed by loose and flowing tresses. She looked like a dream. 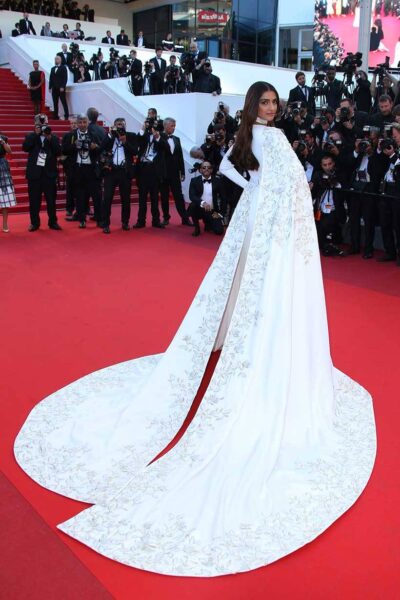 Sonam’s second red carpet appearance too had her wearing a caped creation by Ralph and Russo. The columned dress looked beguiling on her, with her hair neatly done in an up do, with her beautiful smile being complimented with the diamonds in her neck by Bvlgari and studs in her ears. Minimal and dewy makeup further added a charm to her look. 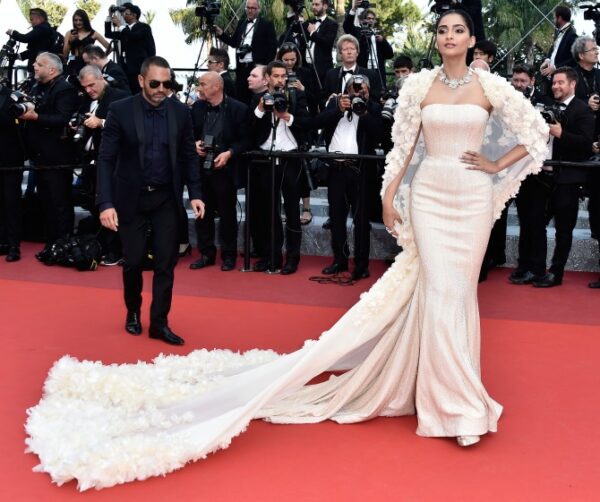 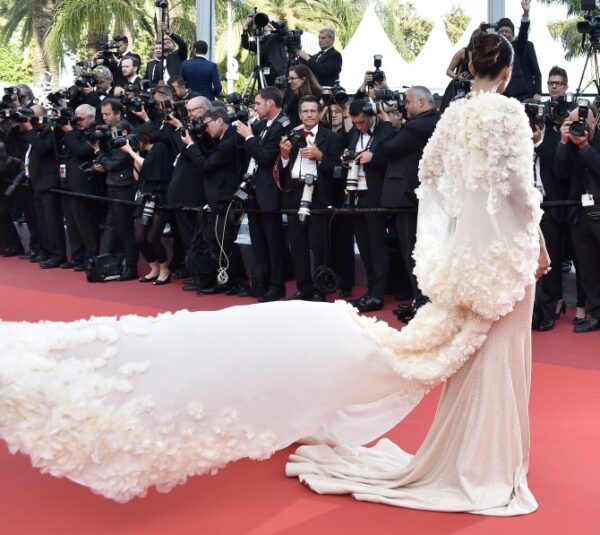 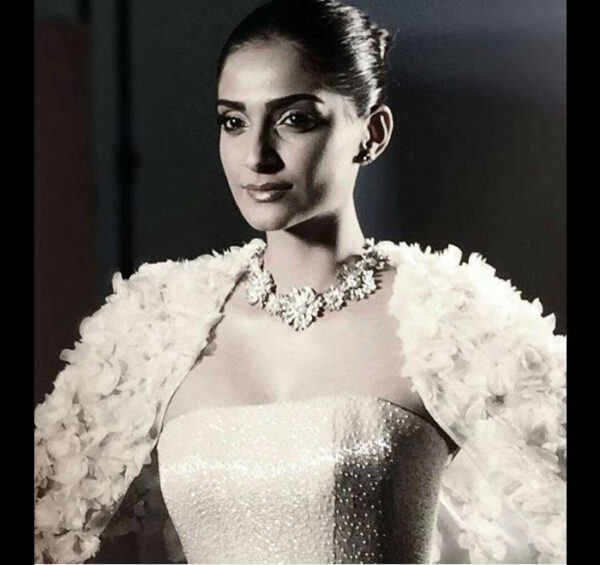 For an interview later that evening, Sonam did a turnaround and came up with the gorgeous chic and flirty black dress, with a plunging neckline. The summer look suited her well for the day event. The full skirted dress too was a Ralph and Russo creation, which seems her favourite for this Cannes. 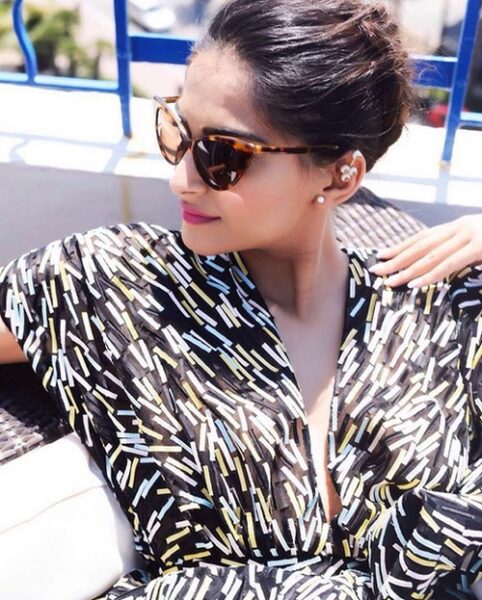 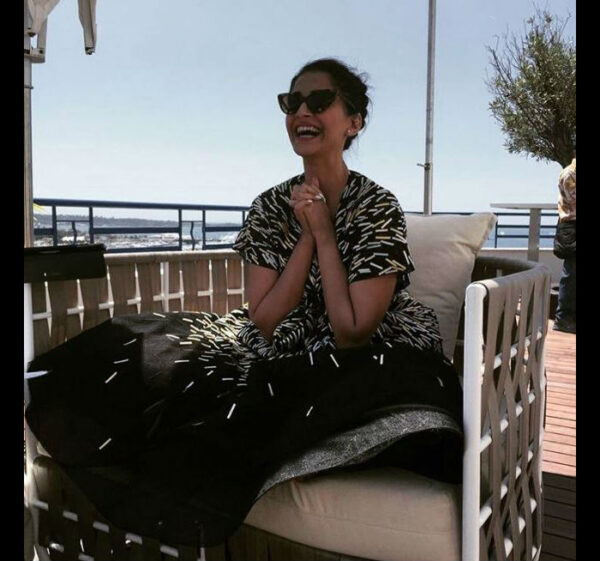 Later that evening, she attended the Chopard party wearing…. Any guesses? Of course, Ralph and Russo again, this time a bold and black strapless creation, which created ripples of sexiness with a class that only she could carry off with such a panache. She did away with the cape, and to be honest, one look at her and we could not imagine perfection in any other form. 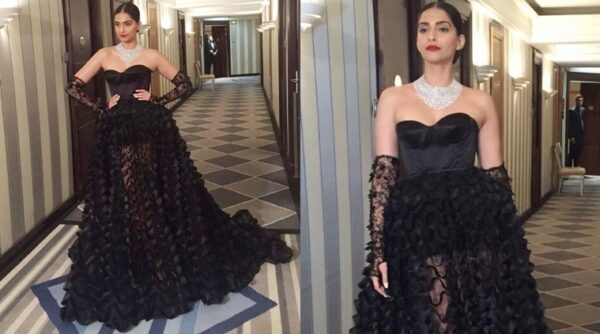 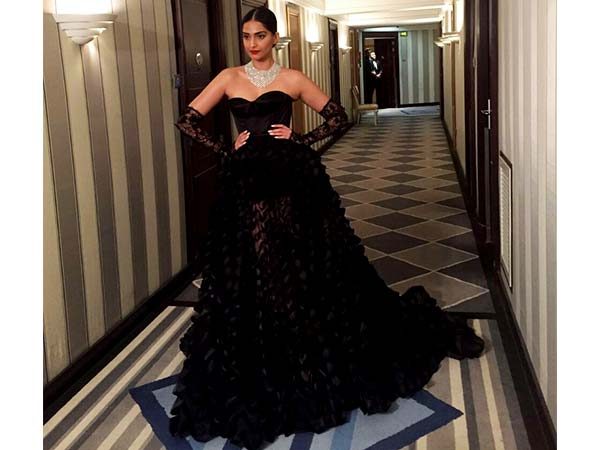 0 0 0
Previous : Actress Amrita Rao Ties the Knot with Long Time Boyfriend!
Next : 7 Denim Staples For A Stylish Woman To Own