There is not a single day where Priyanka Chopra and Nick Jonas are not in news, both in West and in East! In a very hush-hush manner the new ‘it’ couple of Bollywood and Hollywood— Priyanka and Nick arrived in Mumbai. From there on every appearance made by the couple has us in a tizzy and we cannot contain our excitement!

Rumoured Couple Priyanka Chopra and Nick Jonas To Move In Together?

Priyanka and Nick first set the rumour mill running when they walked down the MET Gala red carpet and cozied up after the event together. Since then the couple has been spotted enjoying Broadway plays, a Dodgers game and dinner dates. Where ever Priyanka went, Nick had to be close by! The ever-attentive boyfriend Nick can often be seen opening door and helping our desi girl out of cars!

Priyanka and Nick arrived in the city on Friday while ducking the nosy paparazzi. Surprisingly, the often PDA shy Priyanka did not shy away from the shutterbugs and chose to walk hand in hand with Nick. The couple met desi girl’s mother Madhu Chopra and brother Siddharth Chopra over dinner. We wonder how did ‘meet the family’ dinner go for Nick? 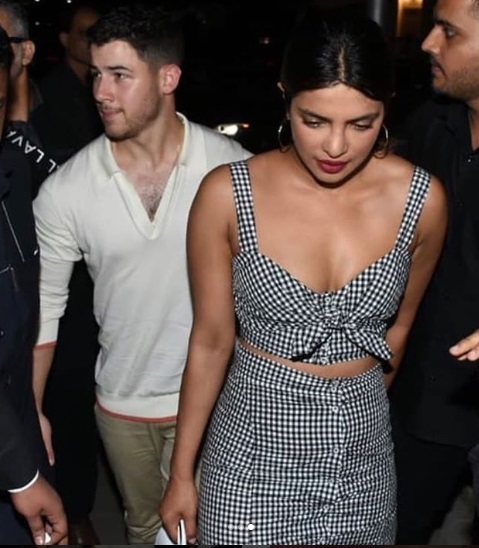 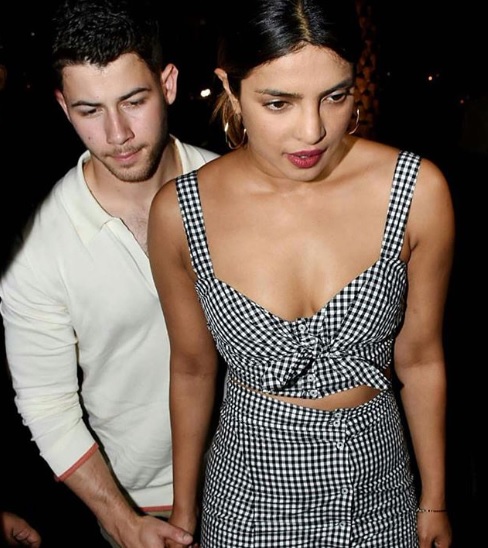 What we found adorable was how Nick never strayed far away from his lady love and chose to walk right behind her. It appeared as if he was trying to shield her from the harsh glares of the shutterbugs.

this is craziness?/ in Mumbai #priyankachopra #nickjonas

In the meanwhile, we were not even done squealing over the fact that the one third of the Jonas Brothers is in Mumbaidinning with our Desi girl’s family and Nick dropped the ultimate bomb on us!

Nick Jonas made his relationship with Priyanka Chopra Instagram official!

Nick posted an Instagram story featuring the adorable barefoot Priyanka Chopra walking towards him while smiling and giggling. The story featured the word ‘her’ accompanied with heart eye emoji.

Nick Jonas took the first step in making their relationship ‘official’ when he and Priyanka spent the Memorial Day weekend with the ‘Jealous’ singer’s friends on a yacht. Then just a few weeks later Priyanka accompanied Nick to a Jonas family wedding where he introduced her as his potential ‘the one’.

Nick’s brother Kevin Jonas even stated that the wedding was not the first time he met the ‘Quantico’ beauty, “We’ve met in the past and she’s super awesome but at the same time, that’s Nick’s thing and he can say what he wants to say.”

So naturally, it was only a matter of time that Priyanka Chopra introduced her new American beau Nick Jonas to her family and her city!

We can only hope that Priyanka and Nick’s summer romance blossoms further!

0 0 0
Previous : Rubina Dilaik Ties Knot To Abhinav Shukla In A Dreamy Summer Wedding! See Pictures and Videos
Next : Revealed:This Is How Sanjay Dutt Conned 308 Women Into Sleeping With Him!