Bollywood actress Kangana Ranaut’s alleged affair with Hrithik Roshan has always been a talk of the town. The two hit the headlines for a year and more while the duo kept sending legal notices to each other. One can say Hrithik Roshan and Kangana Ranaut’s legal mess was probably the dirtiest fall out over a love affair gone wrong. But looks like Kangana won’t stop referring to the affair at every opportunity, even at the at Umang 2018 event.

Kangana, as we all know recently appeared as a guest on Karan Johar and Rohit Shetty’s India’s Next Superstar. The Simran actress indirectly talked about her alleged affair with Hrithik, again after watching a romantic act of a contestant. 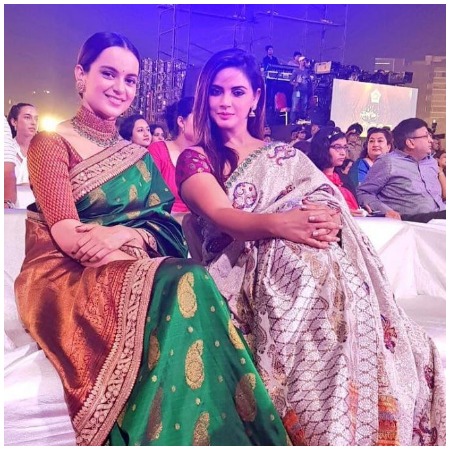 The Simran actress indirectly talked about her alleged affair with Hrithik. That’s not all; Kangana also recited a poem, which she had apparently penned when she was in love. Here are few lines that she used on the show “Ishq ki aankhon mein khuda dekha hai humne, na woh roshni thi na andhera, na jaane kaunsa manzar dekha hai humne (In my love’s eyes, I have seen God. It was neither light nor darkness. I don’t really know what I exactly saw.)”

When the Rangoon star was questioned about marriage plans, she replied, “I don’t know why our society wants women to marry by the age of 30. It is very unfortunate. I am not getting married anytime soon, and I am not even 30.”