A fire broke in a 33 floor high-rise building in Mumbai’s Worli area, which also houses Bollywood actress Deepika Padukone. The fire incident took place today in the afternoon at the top floor of Beaumonde Towers. 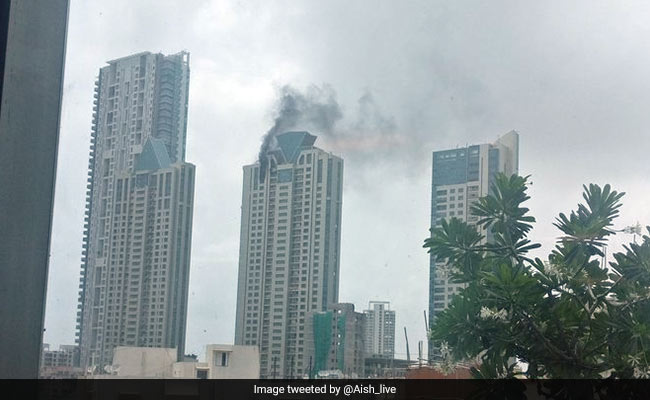 A while ago Deepika Padukone tweeted and informed that she is safe.

I am safe.Thank You everyone.Let us pray for our firefighters who are at site risking their lives…??

Police rescue team and fire fighters have reached at the spot and trying to douse the flames. There is no serious reported incident and around 90 residents were evacuated safely after a fire broke out.