Well, the two were certainly spotted together and the actor, who is generally in a fantabulous mood, seemed genuinely pissed at the photographer. This picture can certainly put to rest the rumours of breakup, for now. It has also been heard that the reason these two are not spotted together anymore, is because Sanjay Leela Bhansali, the director of their upcoming movie ‘Padmavati’ has told them to. We all know that while Deepika is playing the titular role, Ranveer will be seen as the antagonist Alauddin Khilji. Since the movie has already faced a fair share of controversies, the director does not want their public image to affect and indicate any romantic affiliations between their characters, lest it invites more trouble. Well, fair enough.

Well, there have been no confirmations of the same. But, if reports are to be believed, then Alia has been roped in for the sequel of this superhit that was helmed by her father Mahesh Bhatt, all those years ago. Reports also say that she will play the daughter of the main characters of the original, played by Sanjay Dutt and Pooja Bhatt. Well, let us wait if this is going to happen. Alia is super talented and we are sure she will pull it off well.

Raveena Tandon is all set to make her comeback this year with ‘Maatr’, which is a movie on a mother who goes on a revenge saga after she and her daughter are gangraped by influentials, as a result of which her daughter dies, and her husband leaves her under the influence of threats. Raveena is fierce, and the trailer shakes you up inside out, with its cruel, brutal, yet true portrayal of those who suffer the horrific ordeal and when justice is denied to them.

Summon issued to Shah Rukh Khan and the makers of ‘Raees’

During the rail promotion of ‘Raees’, a man lost his life on the Vadodara station, following which, Mumbai based advocate Abha Singh had filed a case against SRK and the makers. As per the latest reports, summons were sent to the actor and Excel Entertainment. However, SRK’s lawyer challenged the same in Gujarat High Court. 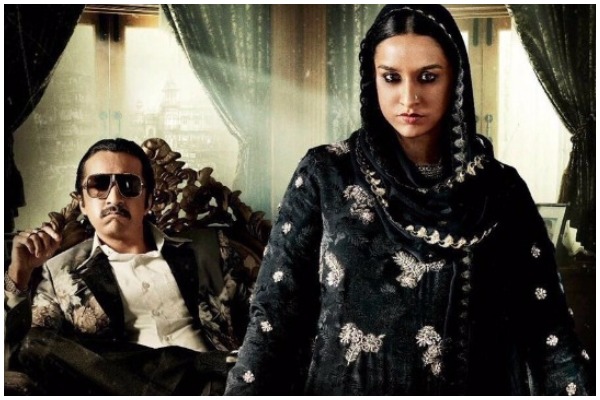 Many were skeptical of whether the newbie Shraddha Kapoor would be able to pull off an intense and gritty character of Haseena Parker, sister of Dawood Ibrahim. We were impressed with her first look from the movie, and now, in the second look, she has surpassed all expectations. Looks wise, she certainly is looking like the menacing queen of Mumbai’s underworld. Let’s see if her acting skills can match up to that.

So that is it for the week folks. Stay tuned for more Bollywood masala. We will be back with another BollyRecap, next week.