On “World Cancer Day”, let’s take a look at the glitzy and glamorous industry of Bollywood who is battling/battled CANCER with courage, smile and positivity. These real life cancer survivors are inspiration to all of us who keep posting about their treatment, setting the new rule of not hiding themselves from the world and boldly posting their bald pics. This really take guts and it only proves that Bollywood celebrities are dealing with cancer with a strong will.

Cancer is one such battle where one has to deal with self and ulterior pressures that come with it. These are the real heroes who inspire us to stay on the battlefield of life and come out victorious.

Today is my day! Wish you all a happy #worldcancerday and hope each one of us celebrates this day in an embracing way. That we remove any stigma or taboo associated with it. That we spread awareness about it and that we have self love no matter what. I truly embrace all my scars as they are my badges of honour. There is nothing known as perfect. Happiness lies in truly accepting yourself. This was a tough one for me. But this picture was my decision as I want to celebrate not the disease but the spirit with which I endured. To quote my mentor, Diasaku Ikeda, “Leading an undefeated life is eternal victory. Not being defeated, never giving up, is actually a greater victory than winning, not being defeated means having the courage to rise to the challenge. However many times we’re knocked down, the important thing is we keep getting up and taking one step-even a half step- forward” #worldcancerday #breastcancerawareness #breastcancerwarrior #turningkarmaintomission #boddhisatva Thanks @atulkasbekar for this one❤️

Actor Ayushmann Khurrana’s wife and filmmaker Tahira Kashyap diagnosed with DCIS (Ductal carcinoma in situ)/ Stage 0 /precancerous breast cancer. Tahira, 35, mother of two kids has undergone mastectomy procedure in her right breast! Tahira has been so vocal about her cancer battle that she sportingly shared images on her Instagran page, from her shaved head to walking he first ever bald ramp at Lakme Fashion Week. On World Cancer Day, Tahira Kashyap took to her Instagram account embracing her scars and pleading us to overcome the taboo and stigma associated with it.

World Cancer Day… who would have thought it would become such a thing… but it has! And just the mere mention of the C word brings dread in the hearts of anyone who hears it. We fear it so much that we’d rather not talk about it… which is why it’s important to have a day where we pull out the band aid and help us deal with this disease. I was scared too, but soon realised that burying my head in the sand was not the way to deal with this. And so… with the little experience I have had, I urge you all to take the time to understand it. There's more to cancer than being emotional or weak or even being called a fighter or a survivor. It requires you to study it, find out what works for you and to be diligent about your treatment. It requires days of strongly believing in oneself, of knowing that tomorrow will be better than today. It is not a fight against negative thoughts. It's taking a stand to not give in, no matter what. Most importantly, it is about living every day, and not just surviving. Just taking it #OneDayAtATime makes it easier to #SwitchOnTheSunshine. #WorldCancerDay

On 4 July 2018, Sonali revealed on Twitter that she has been diagnosed with metastatic cancer and was undergoing treatment in New York City hospital. After candidly documenting her cancer journey for months, Sonali resumed back to her life with strong force. Sonali Bendre returned Mumbai on Dec 03 and have resumed back to her work. Sonali Bendre posted a thoughtful and motivating post on Instagram on World Cancer Day.

Asked my dad for a picture this morning. Knew he wouldnt miss gym on surgery day. He is probably the strongest man I know. Got diagnosed with early stage squamous cell carcinoma of the throat a few weeks ago, but he is in full spirits today as he proceeds to battle it. As a family we are fortunate and blessed to have a leader like him. . Love you Dad.

A few day back, Rakesh Roshan has been diagnosed with early-stage squamous cell carcinoma of the throat. His son and actor Hrithik Roshan shared an emotional post on dad’s throat cancer and took the fans by the surprise. The actor was proud of his father who still didn’t skip the gym despite of surgery. Well, now Rakesh Roshan is all well and has successfully battled the fatal disease cancer.

A stroll at Central Park with perfect weather for company #vitD#beautifulday?☀️

In September 2018 Rishi Kapoor and Neetu Kapoor left for the US and the actor announced that he’s taking a short break for medical treatment. The nature of Mr Kapoor’s illness is unknown to his fans but Neetu Kapoor’s New Year’s post, in which she wrote ‘hope in future cancer is only a zodiac sign,’ hinted that the veteran actor might also be taking treatment for cancer. 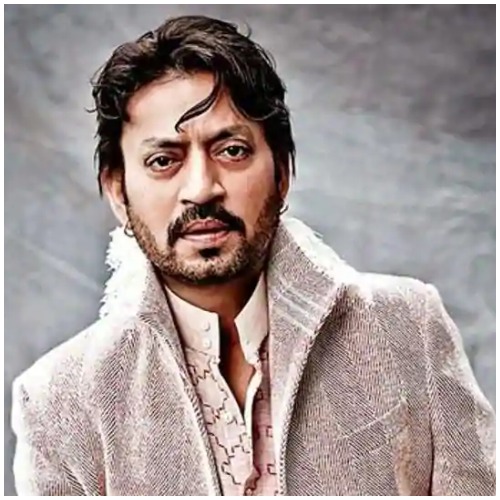 Actor Irrfan Khan has been in London since March 2018 for the treatment of neuroendocrine tumour. Irrfan was in India for a week to celebrate Diwali with his family.

Story telling is what I love.. weather through books or cinema or through my talks n blogs!! Picture curtsy #himalayatimes #book #healed #penguinindia #cancermemoir #motivation #healing

‘1942: A Love Story’ actress Manisha Koirala was diagnosed with ovarian cancer in 2012 at the age of 42 years. The actress penned her cancer journey in her book ‘HEALED’, released on Dec 13, 2018. After several surgeries and chemo therapies, she was declared cancer-free in the year 2015. Since then, she is actively involved in spreading awareness about the disease.

Today on World Cancer Day, join me in the fight against cancer and take a pledge to get involved. You can start by taking small steps, spread cancer awareness in your local community, get your family members & friends screened for cancer or join YouWeCan as a volunteer and provide support to cancer patients and their families. The important thing is to start! To support us, click https://bit.ly/2FpqEP1 To know more click https://bit.ly/2scfiGP #WorldCancerDay #YouWeCan #TogetherWeCan #FightCancer #CancerAwareness

After winning the 2011 World Cup for India and being named the ‘Player of the Tournament’, Yuvraj Singh was diagnosed with a cancerous tumor stage-1 in his left lung. Indian Cricketer Yuuvraj Singh became an inspiration to all of his fans after returning back strong to the cricket field. On ‘World Cancer Day’, Yuvi wrote cancer awareness post on his Instagram post.

Everyone is handed adversity in life. No one's journey is easy. It's how you react that makes people unique…how can you endure cancer and draw from it healing? This is the question no one else can answer but yourself. Image @farrokhchothia from @elleindia #WorldCancerDay⁠ ⁠

Canadian born actress Lisa was diagnosed with multiple Myeloma (another type of blood cancer) in June 2009. It is a rare disease. In April 2010, she announced that she was cancer-free, after a stem cell transplant. As multiple myeloma is an incurable disease, Ray is not completely cured of the disease. Recently, the actress announced the birth of twin daughters through surrogacy with her husband Jason Dehni.  On ‘World Cancer Day’, Lisa in her Instagram post says, “how can you endure cancer and draw from it healing? This is the question no one else can answer but yourself.” 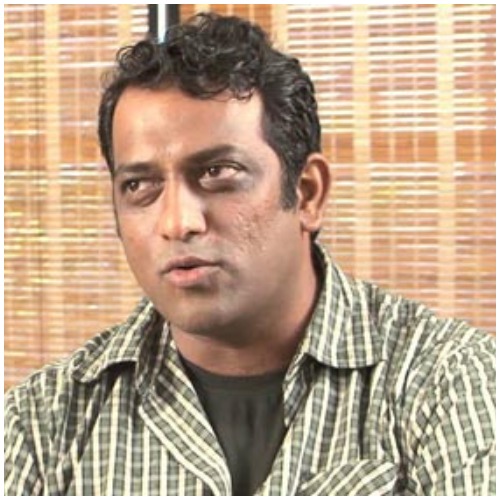 Anurag Basu fought cancer even when his survival chances were 50%. Isn’t it inspiring? Bollywood’s famous director AnuragBasu was diagnosed with acute promyelocyticLeukemia (a type of blood cancer) in 2004. Although the Doctors gave him a verdict of two months it did not shake Basu’s spirit. However, the man fought for three long years to win over the disease successfully.

Done my 3rd Chemotherapy 10th January ‘19 and now the battle begins … I am praying to get well .I am so deeply touched by all your wishes and feel blessed reading messages from around the world. Gives me hope and courage.??

Veteran film actress and social activist Nafisa Ali has been diagnosed with cancer. She took to her Instagram account and informed her followers about being diagnosed with stage 3 of cancer. Nafisa Ali has worked in many popular films and was last seen on the big screen as Sanjay Dutt’s mother in ‘Saheb Biwi Aur Gangster 3’.

Everyone lives but not everyone is alive. Life is simple yet deep, surprising yet wonderful ; It’s us how we react, embrace and lead a quality life over quantity.