Bollywood singer Abhijeet Bhattacharya has always stirred up a hornet’s nest with his controversial tweets. He recently made offensive and sexist remarks on women, which forced Twitter to suspend his Twitter account. Almost a week after his Twitter account got suspended, the singer came up with a new account.(Also Read:Singer Abhijeet Bhattacharya Spits Venom Again, This Time on Sanjay Leela Bhansali Assault) 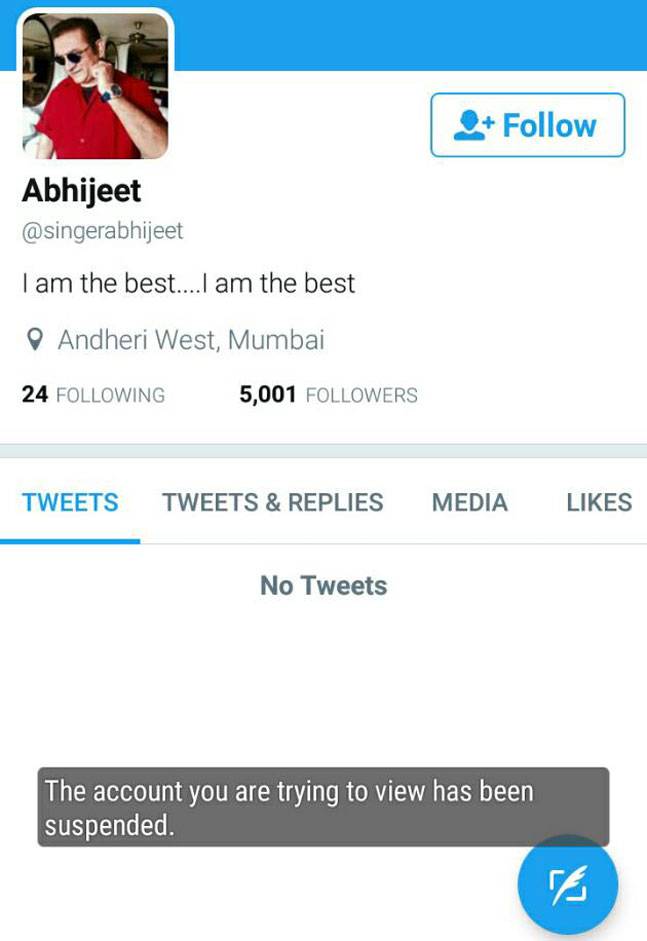 Abhijeet announced about his new Twitter handle with a short video in which he said, “People are trying to suppress my voice. I am against those who try to speak against the nation and the Indian Army. This is my new Twitter account. Till the time my verified account is not active, please follow me on this Twitter account. All other accounts by my name are fake and are trying to malign my reputation.”

What caught everyone’s eyes was the description of his second account that read “I am the best….I am the best”, lines from his popular song from the 2000 film Phir Bhi Dil Hai Hindustani.

It remains to see what is the next step that the singer will take after being suspended from Twitter twice.

To all the uninitiated, Abhijeet Bhattacharya received lots of negative reactions from several quarters after his sexist comments as a reply to tweets of a female journalist and a JNU student-activist Shehla Rashid.