The 2017 year was eventful for Bollywood celebrities. From weddings to breakups and blockbuster films, the year was truly a roller coaster. However, this year saw a lot of grand weddings. Some of them are too surreal for words.

As 2017 is coming to an end, let’s take a look back at top celebrity weddings of 2017. From Bollywood to Hollywood, Sports to Entrepreneurs, year 2017 witnessed grand wedding affairs. From secret nuptials to star-studded ceremonies, here’s a look back and a congratulation to all the stars who walked down the aisle this year. 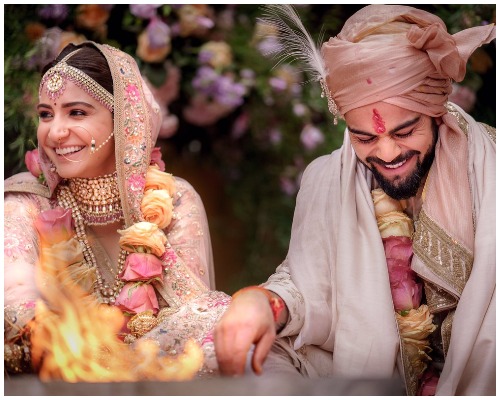 The wedding of the year- Anushka Sharma and Virat Kohli tied the knot in Italy. The wedding was attended by close friends and family members. The lovebirds kept their wedding details under wraps for months. The mystery got solved only after Anushka’s family was spotted at the airport soon after the wedding rumours. Post wedding, Anushka, and Virat headed to Finland for their honeymoon. They returned to India only to host a wedding reception in Delhi on December 21. The lavish reception, which was hosted for relatives, also saw PM Narendra Modi in attendance. Post Delhi reception, the couple hosted another reception in Mumbai on December 26. The lavish wedding reception was attended by who’s who of the B-town and Cricket fraternity. The couple have flown together to South Africa as Virat Kohli will play South Africa series and Anushka wants to celebrate new year with her husband. 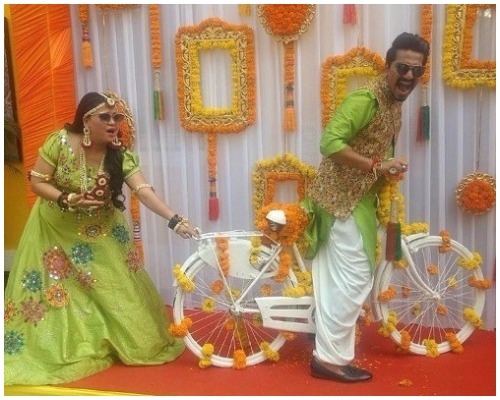 TV’s favourite comedian Bharti Singh tied the knot with writer Harsh Limbachiyaa on December 3. The grand three days wedding was a talk of the town. Their wedding celebrations began from a Pool party in Goa. Who’s who from the Telly world showed their presence at the lavish wedding. 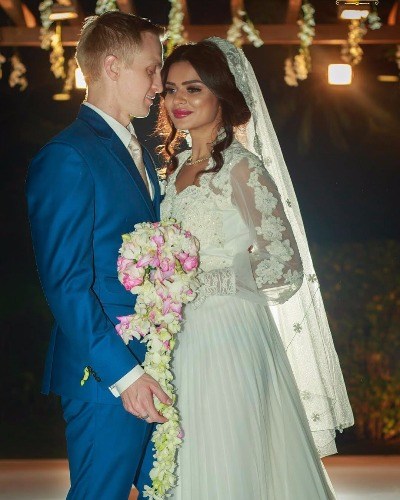 Telly star Aashka Gordia tied the knot with Foreign national Brent Goble on Dec 3. The grooms family flew from LA to India for the wedding. The couple had two wedding ceremonies- Christian and traditional Hindu. Adaa Khan, Mouni Roy and many other TV stars attended the wedding. 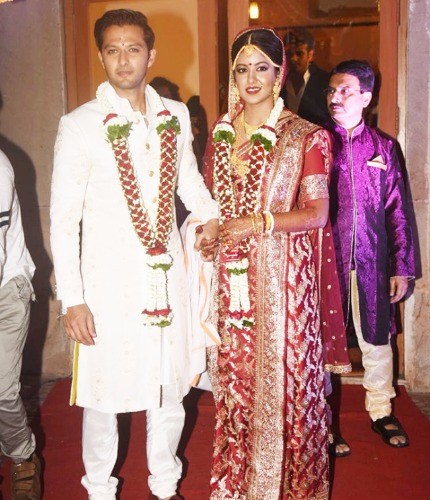 A day before the release of her film, Firangi, actress Ishita Dutta, sister of former Miss India Tanushree Dutta tied the knot with her longtime boyfriend Vatsal Sheth in a secret ceremony at the Iskcon temple in Mumbai on November 28, 2017. It was a huge surprise for everyone as no one was aware of their relationship. Bobby Deol, Sohail Khan, Ishita’s on-screen father from ‘Drishyam’ Ajay Devgn, Kajol among others attended their wedding reception. 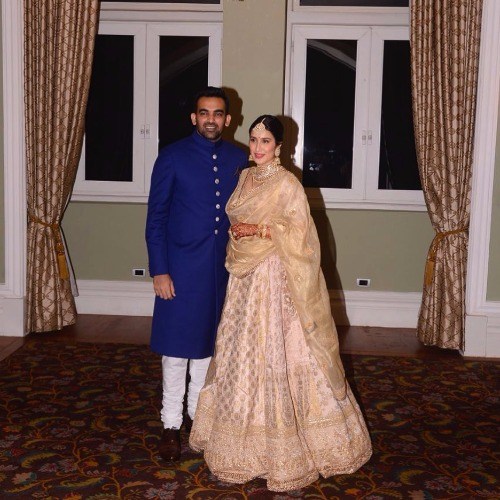 Bollywood actress Sagarika Ghatge and Former Indian Cricketer Zaheer Khan had a close-knit court marriage on November 23. The two then hosted a star-studded cocktail party, mehendi ceremony followed by a lavish reception at Taj in Mumbai. 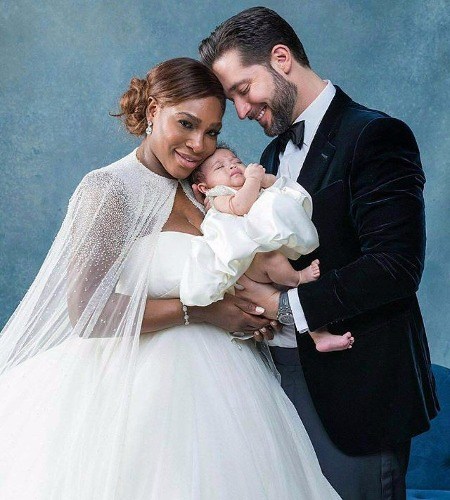 The tennis star Serena Williams and Reddit co-founder Alexis Ohanian tied the knot on November 16. It was a grand affair with ‘Beauty And The Beast’ themed ceremony. The 34-year-old entrepreneur and Wimbledon champion had many Hollywood friends in attendance for their big day. The special little attendee at the wedding was Serena and Alexis’s daughter Alexis Olympia Ohanian Jr. Serena’s sister Venus Williams, Ciara, Kim Kardashian, Kelly Rowland, Beyoncé, La La Anthony, Eva Longoria and her husband José Bastón were clicked at the wedding. 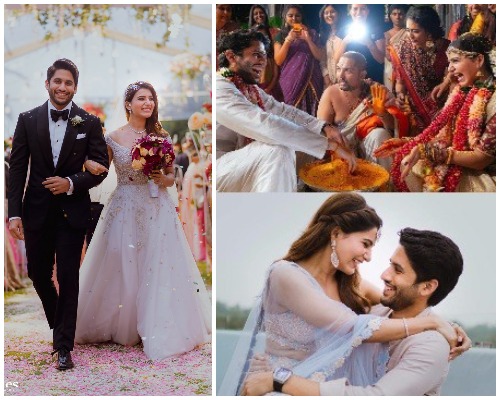 Celebrity couple Samantha and Naga Chaitanya’s fairy tale wedding was held in Goa. The grand South Indian wedding happened by Hindu rituals and then had their Christian wedding on October 7. The wedding pictures of the couple had drooling us all over.

Model Miranda Kerr and Snapchat co-founder Evan Spiegel married on May 27, 2017. They secretly married in the backyard of their home in Los Angeles’s Brentwood. Miranda Kerr is already pregnant and expecting her first child with Even Spiegel. 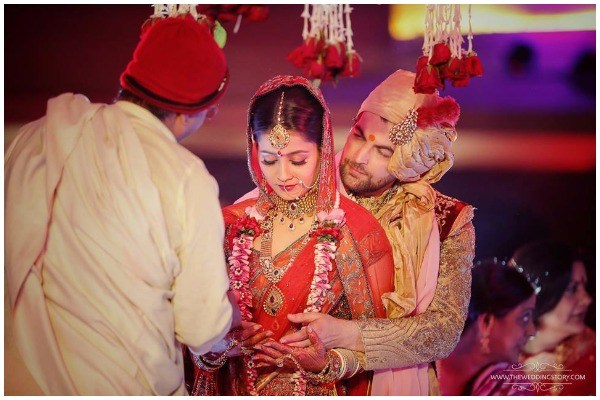 Neil Nitin Mukesh and Rukmini Sahay tied the knot at the royal location of Rajasthan on February 9, 2017. The wedding festivities went on for days, followed by a grand reception in Mumbai. From Salman Khan to Amitabh Bachchan, Katrina Kaif, who’s who were seen at the wedding reception to bless the couple.