To-Be-Bride Meghan Markle is already making it to the headlines ahead of her royal wedding with Prince Harry. Since the official announcement of Prince Harry and Meghan Markle’s engagement has been made, media and every person is interested to know in details about how a commoner(not from royal background) Meghan Markle life is going to change.

Be it Meghan’s casual outing with Prince Harry or having Christmas lunch with Queen Elizabeth, she is grabbing eye balls for her fashion statement and the way she is cuddling with her soon to-be-husband Prince Harry. The couple never fail to amaze us with their striking chemistry.

After four months of engagement to Prince Harry, Meghan Markle has attended her first official engagement with The Queen, as she joined members of the Royal Family to celebrate Commonwealth Day at Westminster Abbey.

The 36-year-old former “Suits” star Meghan Markle arrived with her fiance Prince Harry and joined with other senior royal family members including Kate Middleton and Prince William, future father-in-law, Prince Charles. The  Commonwealth Day is marked as a tribute to 53 countries with almost 2.4 billion people that queen Elizabeth II serves as the formal head of state since she became queen in 1952. 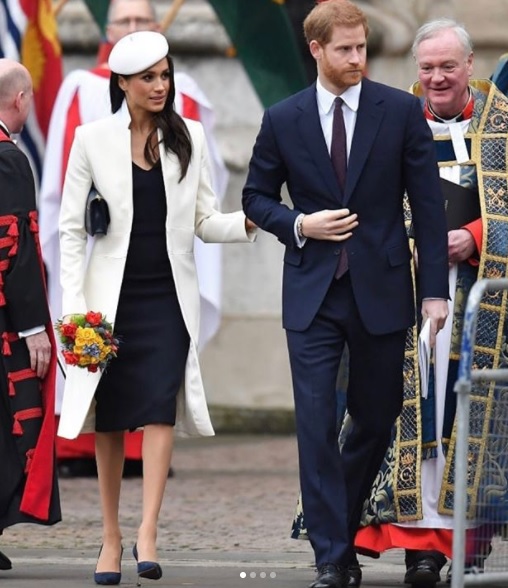 The Queen still looks magnificent as she appeared in a wine-colored coat and matching hat, along with a large diamond brooch. Whereas Duchess of Cambridge, Kate Middleton who is pregnant and due to give birth to her third child next month, was dressed in navy blue Beulah London.

Meghan Markle made a stunning appearance in a long creamy white coat by Amanda Wakeley over a dark dress and a coat matching perched on the side of her head. 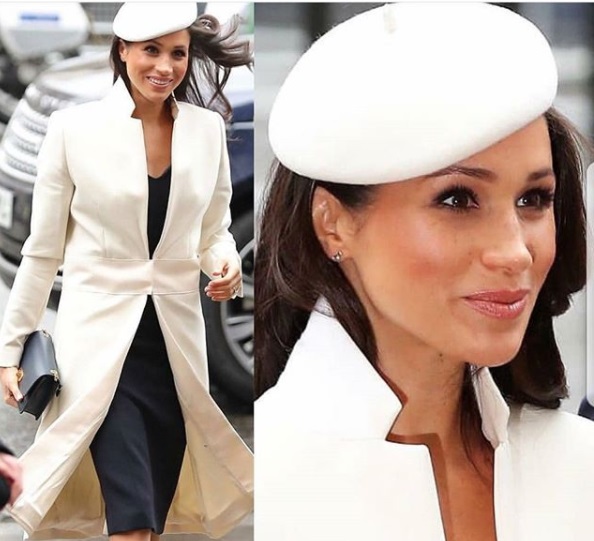 The countdown to the royal wedding of Prince Harry and Meghan Markle has begun and we cannot wait to see who is going to be her bridesmaid. The wedding preps are going on with full swing as the wedding date is approaching fast i.e May 19th, 2018.