Celebrities writing open letters has become quite a trend now. Not only do they manage to express their emotions through these, but also there are certain revelations in these letters that common people can relate with.

Also Read: #DontLetHerGo – Boost to ‘Swachh Bharat’ by Kangana Ranaut and Amitabh Bachchan Is Insipring Us!

Following the trend, the latest to join the bandwagon is Bollywood’s megastar, Amitabh Bachchan. Quite recently, a letter of Amitabh Bachchan, that he has written for his granddaughters, Navya Naveli Nanda and Aaradhya Bachchan, has gone viral.

The contents of the letter are really inspiring and it’s being praised by all for the sensitive issues that the star has addressed in it.

Take a look at the letter below. 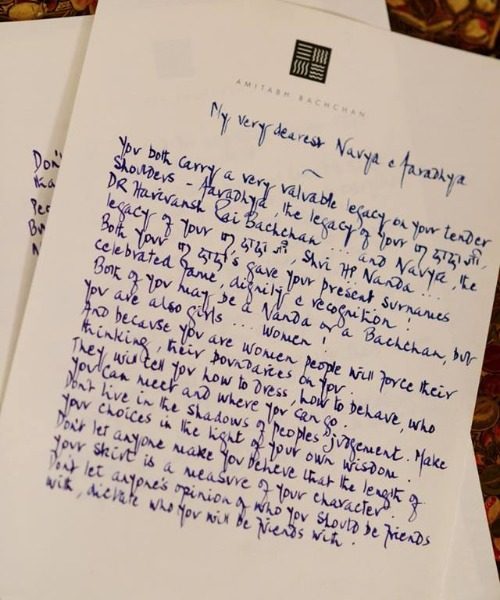 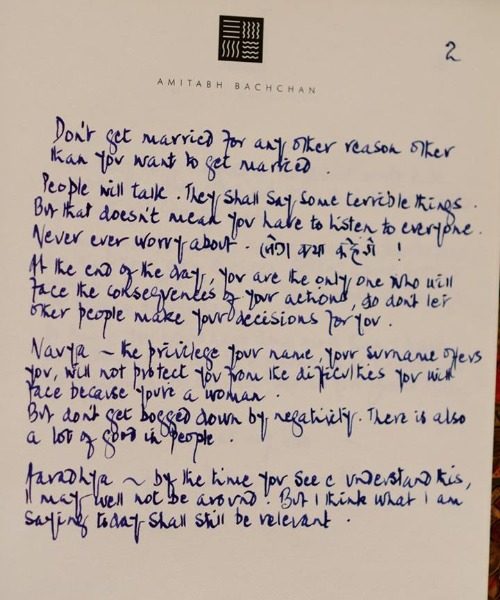 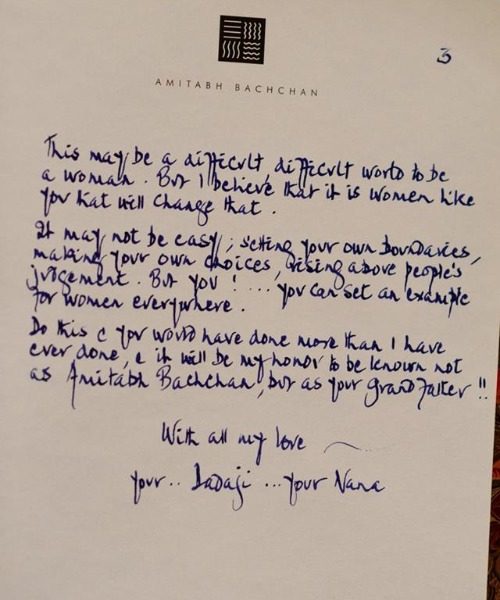 The actor posted a video of him reading the letter.

However, there is a certain group which is labelling this act as a plea for attention, rather than a genuine one. People are pointing out on how Amitabh Bachchan had made Aishwarya marry a tree apparently as the latter was a ‘Manglik’, and was now being a hypocrite by releasing such letters at the time when his movie ‘Pink’ is set to hit the theatres.

Well, people might say anything they want, but we surely are loving this inspiring letter written by Big-B.

Kriti Sanon Decides to Donate Her Eyes; 10 Other Bollywood Celebs Who Have Pledged for Organ Donation

#TOIFA2016 – The Best Dressed Bollywood Actors of The Evening

0 0 0
Previous : 5 Premenstrual Changes in the Body That Every Woman Should Know
Next : Top 5 Foods to Avoid For Better Sex Life