What if we tell you that a 40-year-old man has fallen in love with a 14-year-old? What if we further tell you that the relation between the two is that of a teacher and student? Well, we feel that you will probably call the man names, and even accuse him of taking advantage of the teenager’s adolescence. And that, exactly is the theme of Nawazuddin Siddqui’s next, ‘Haramkhor’, which has finally left the clutches of CBFC and is ready for release on January 13, 2017.

The trailer of the movie is simple, yet comic at the right points, and evokes a laughter or two too. Director should be commended for the fact that he managed to bring out the humour in a love story as dark as this. 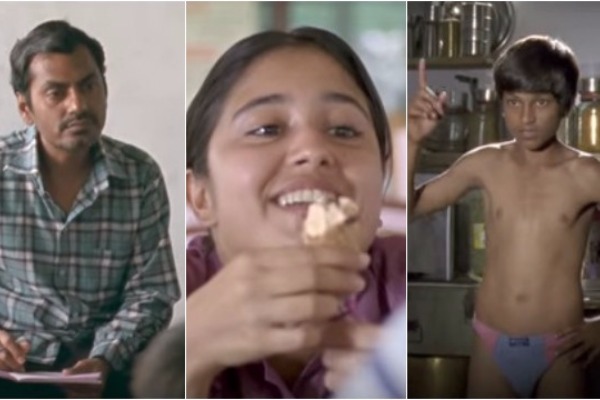 ‘Masaan’ fame Shweta Tripathi plays the role of Sandhya, a 14-year-old student who falls for a much older and married teacher Shyam, played by Nawazuddin Siddiqui. What follows is a much-complicated process, and the rebukes and ridicules of society and friends alike. There is also a funny love triangle with the presence of a kid who is Sandhya’s age, and is infatuated with her to the extent of believing that it is love.

This movie has won acclaim at various film festivals, but could not be released in India due to objections from various organisations and CBFC, that stated that given we consider a teacher like God, one cannot show such an illicit relationship between a student and a teacher. Anyway, now that they have given a green signal to the movie, let bygones be bygones.

The plot of the movie also echoes faintly of an old case of Matuk Lal and Julie, teacher and student who had fallen in love and ran away to start a life of their own.

We certainly like the trailer of the movie and waiting for it to release on January 13 next year, whence it would be clashing with Shaad Ali’s ‘OK Jaanu’.

Read: You Won’t Believe Why Shiv Sena Wanted Nawazuddin Siddiqui Out of Ramleela

0 0 0
Previous : Shahid Kapoor’s Exes, Bad Habits; Mira Rajput Reveals All on the Upcoming Episode of ‘Koffee With Karan 5’
Next : Video: SRK in ‘Raees’ Style Sent Out This Thoughtful Message To Us For New Year’s Eve!