Bollywood turned Hollywood actress Deepika Padukone represented India as she walked the red carpet at the opening ceremony of the Cannes Film Festival on Wednesday. The actress turned many heads as she took over the red carpet on Day 1 in a jewel-toned purplish-red creation by  Marchesa Notte. The actress carried this stunning appearance representing L’Oreal Paris at the film jamboree for the first time.(Also Read: Aishwarya Rai Bachchan Shines at Cannes 2016!)

Deepika Padukone surely knows how to grab the eyeballs and she nailed it with her élan in her one-shoulder floor-sweeping dress. She looked a fine wine, doesn’t she? The traditional touch to the ensemble was something that we loved the most.

The Bajirao Mastani actress teamed her whole look with Jimmy Choo heels and De Grisogono jewellery, which included danglers in her ears and a cocktail ring. Her bold burgundy Blossom lip colour stood out completely. 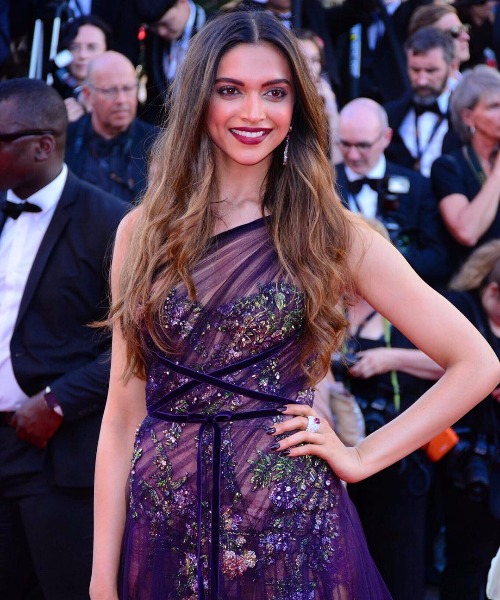 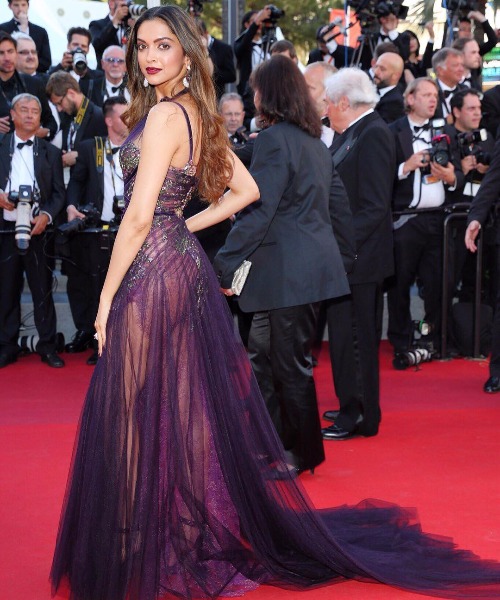 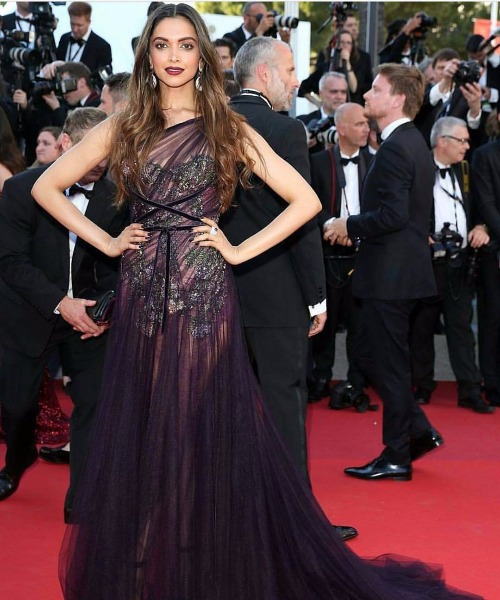 Before her red carpet appearance, Deepika was seen in two different looks that she carried during the media interaction session at Cannes 2017 Film Fest. For her photo call session, Deepika Padukone sported a Galvan London ensemble paired with Louboutin shoes and jewellery by Messika. 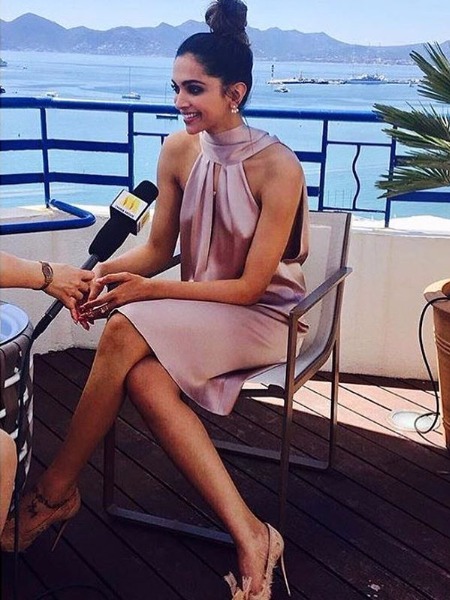 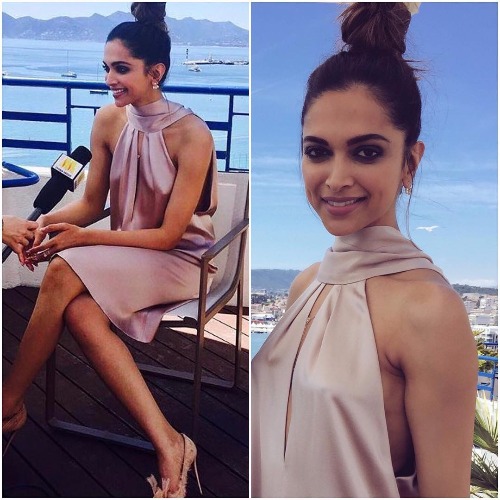 For media interaction, Deepika wore red Johanna Ortiz outfit. We just can’t get enough of the L’Oreal Paris vivid strokes of turquoise on her eyes. Have a look for yourself – 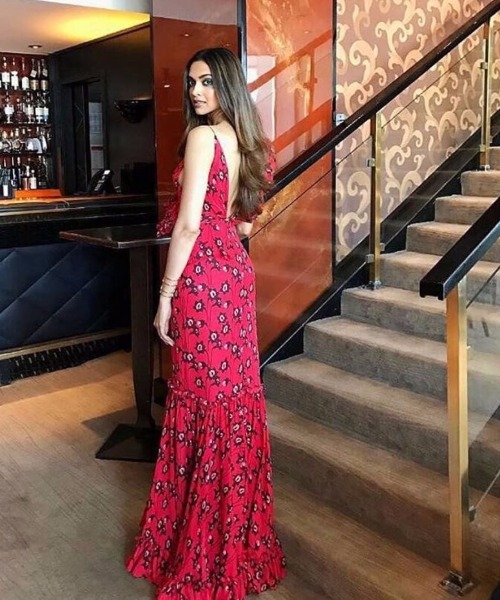 Deepika Padukone kicked off day 2 with a fresh sunshine tint at Cannes 2017 Film Fest. Her opening ceremony looks have already created a stir over the internet but, her Day 2 ethereal looks too won our hearts.(Also Read: Sonam Kapoor Slays All With Her Killer Appearances at Cannes 2016)

After creating a buzz in hot and sexy jeweled gown on Day 1, the Xander’s Cage actress picked the bright yellow dress on Day 2 morning. Deepika picked Solace London creation which is one piece pencil fit with bell sleeves and polo neck that hugged her body to perfection. Finished her looks with leaf like statement earrings by Elizabeth And James and a high ponytail. 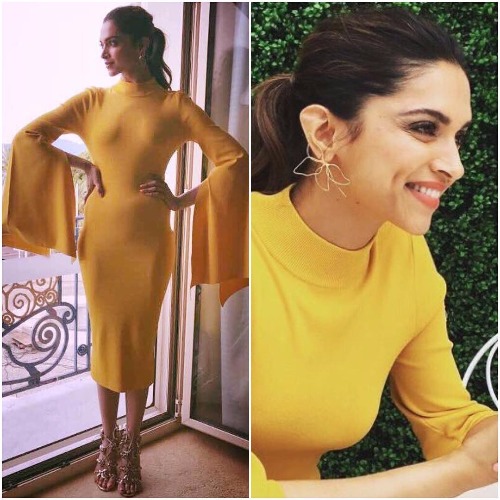 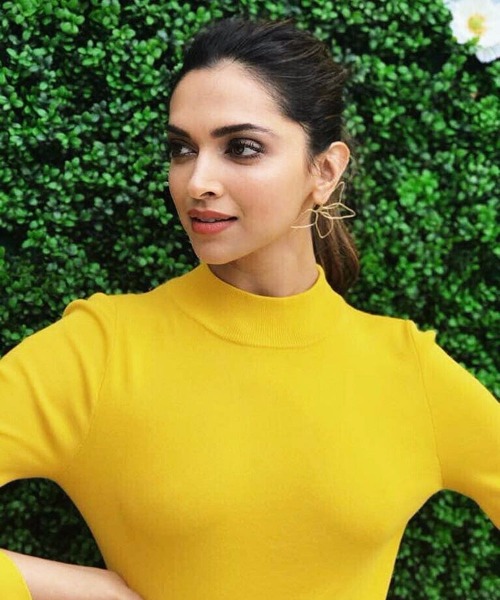 Oh My Gosh!! Deepika Padukone looks breathtaking beautiful as she walked the red carpet on  day 2 . Once again, she chose to sport one-shoulder floor sweeping piece which made a sensation AF. The 31 year old actress is no more hesitating to slay in a thigh high slit gown and a bold eye-makeup too. She attended the screening of Russian film Nelyubov (English title, Loveless) on Day2 in Brandon Maxwell creation.

Deepika bowled all of us in Brandon Maxwell teal color gown. She finished her look with Chloe Gosselin Shoe and De Grisogono bracelet and dazzling earrings. Stylist Elizabeth Saltzman did the best of hair styling. A braid twist high bun gave the bewitched looks. The smokey eye-makeup in a green turquoise color? Aww, that’s a total go with her gown. Have alook – 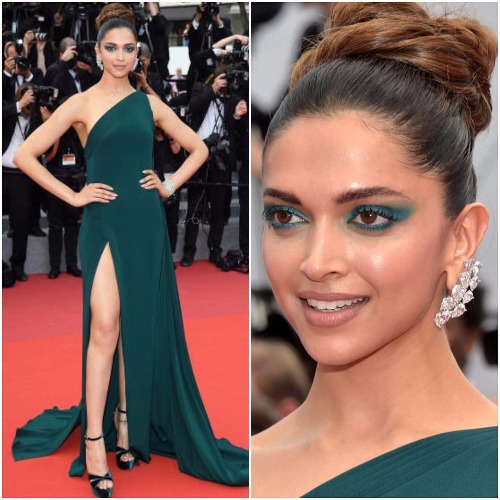 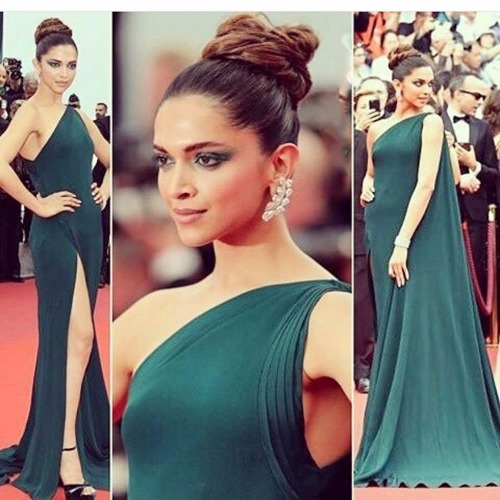 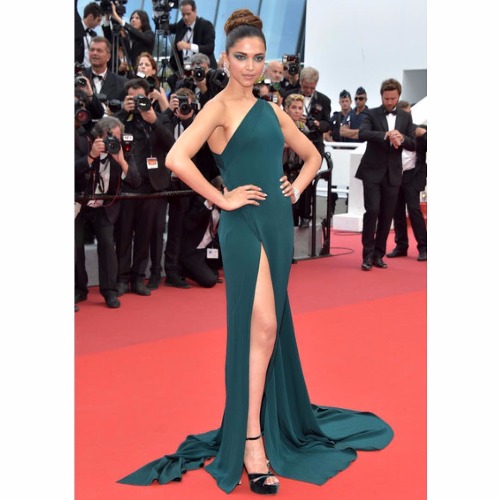 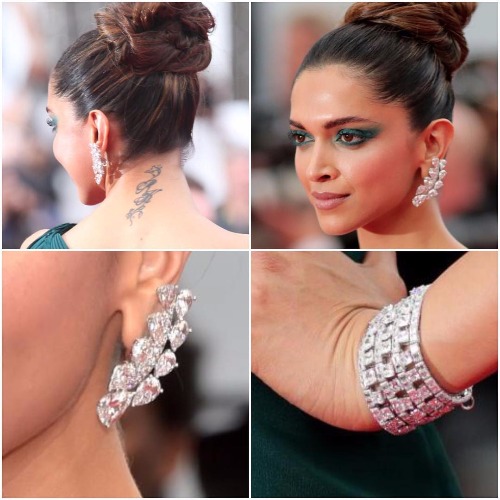 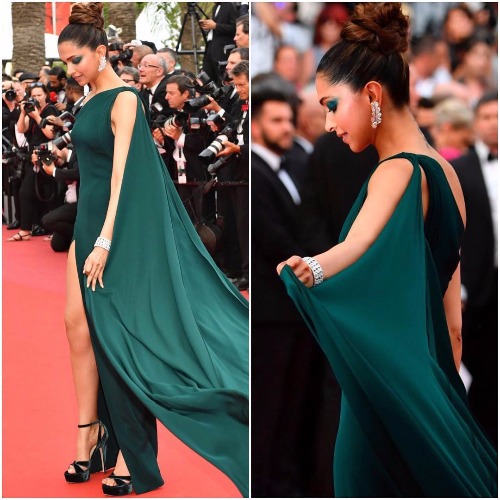 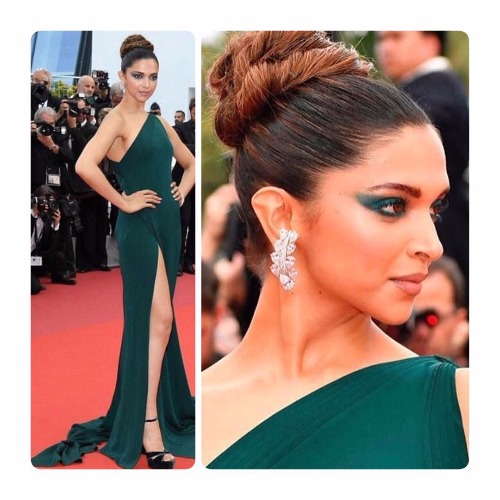