Ever since the news of ‘Veere Di Wedding’ actress Sonam Kapoor’s engagement to Delhi based businessman Anand Ahuja started circulating we have been eagerly waiting for her wedding day; and toady is that day! Sonam Kapoor and Anand Ahuja got married at Sonam’s aunt’s residence in Bandra. An Instagram post from sister Rhea Kapoor confirmed that the Anand Karaj is completed and Sonam Kapoor is now Sonam Kapoor-Ahuja.

In the picture one can see Sonam all dolled up in her bridal lehenga with sister Rhea standing behind her as the chief bridesmaid. ‘’Forever and ever. Sister love is the truest love I know. Me and Sonam Kapoor-Ahuja’’—Isn’t this caption the very testament of sister love?

Forever and ever. Sister love is the truest love I know. Me and Sonam Kapoor-Ahuja ?

For those of you wondering—Sonam wore a traditional red and golden lehenga by Anuradha Vakil. The bride completed her look with a choker layered with a guttapusalu necklace, multi-stranded mathapatti and classic Jimmy Choo shoes. The groom—Anand looked dapper in a golden bandgala by designed by Raghavendra Rathore. 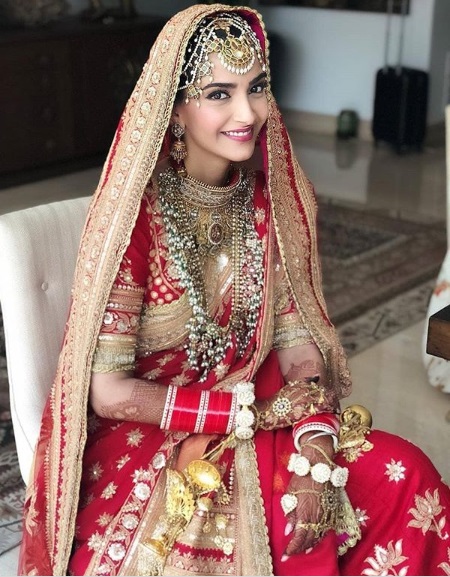 Soon after the announcement more pictures and videos of the ceremony started rolling in.

All smiles! @sonamkapoor poses with her friend at her wedding ceremony. #SonamKiShaadi #EverydayPhenomenal

One of the videos shows us Sonam walking down the aisle to Anand under a red dupatta held over her head by brothers Harshvardan Kapoor and Arjun Kapoor.

Draped in the colour of love, @sonamkapoor makes way for her Anand Karaj ceremony. #SonamKiShaadi #EverydayPhenomenal

In one of the later videos we see Sonam and Anand performing thejaimala ceremony. In the short clip a laughing Sonam lunges forward with a pearl-rose garland and puts it around her beau’s neck. At one point in the video Sonam can be seen micro managing things just like brides do and gets reprimanded by her mother Sunita Kapoor and immediately hubby Anand comes to her rescue! Isn’t that sweet?

In another video we can see Anand as he applies sindoor on Sonam’s forehead and fastens a mangalsutraaround her neck. As a reward for applying ‘thoda’ sindoor and fastening the mangalsutra under her dupatta correctly Sonam plants a kiss on Anand’s cheek as behind the camera someone declared our ‘Neerja’ actress a married woman.

Post the ceremony Sonam changed into a lighter outfit than her bridal lehenga and posed for a few pictures and cut her wedding cake. 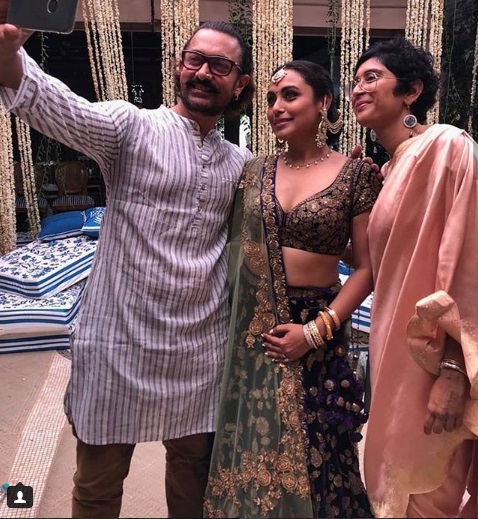 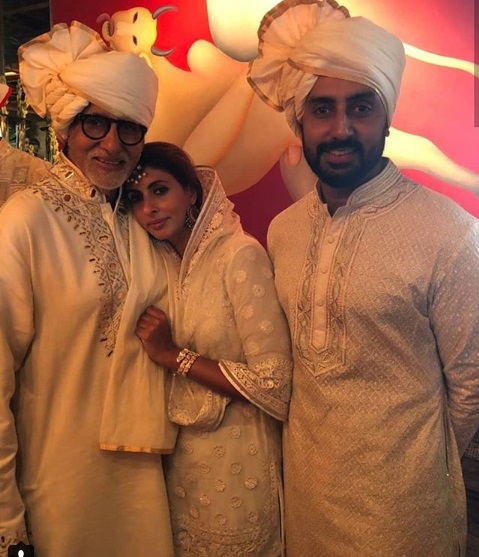 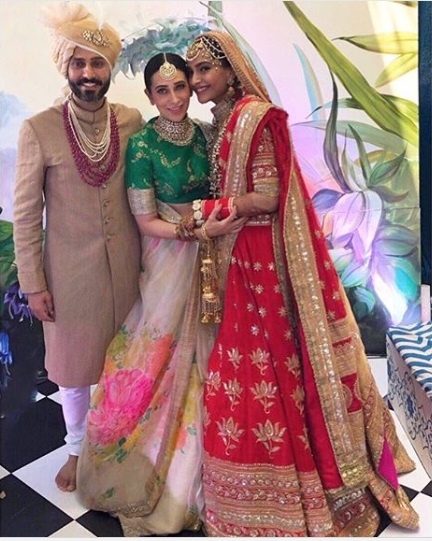 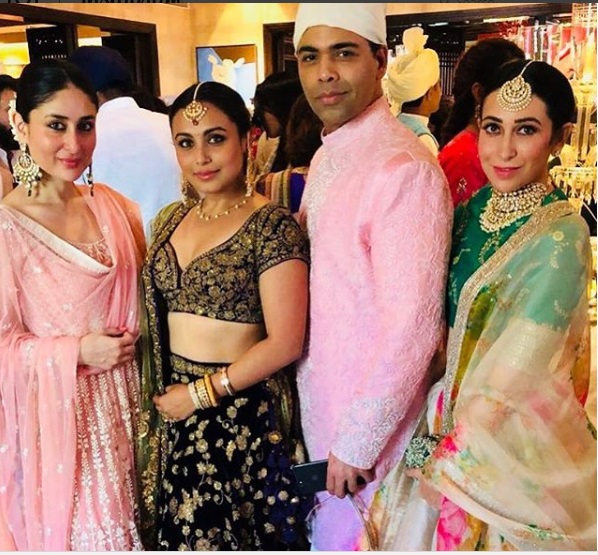 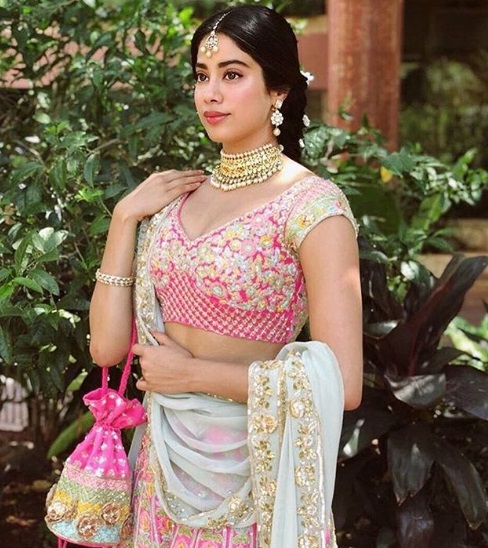 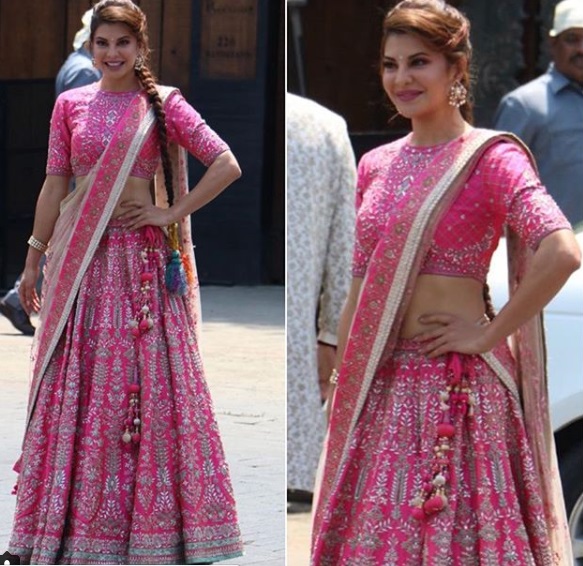 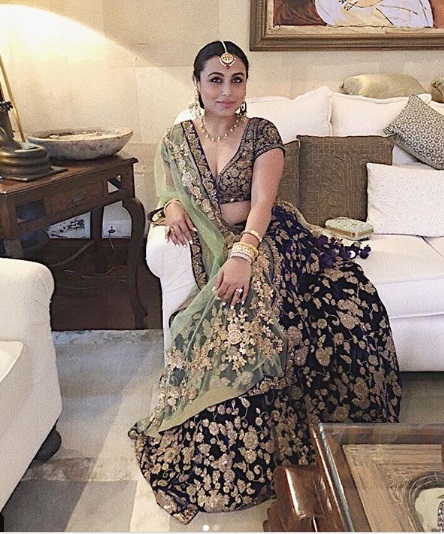 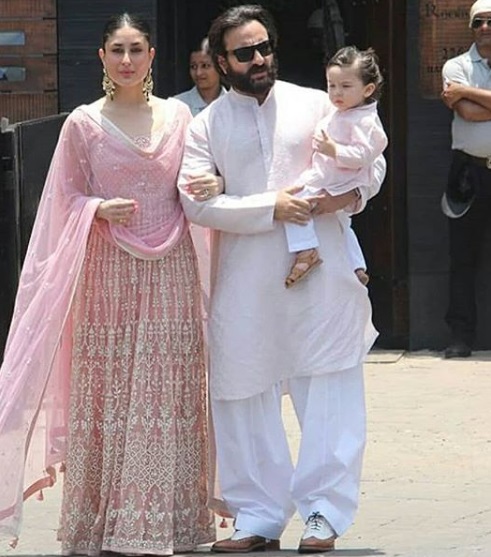 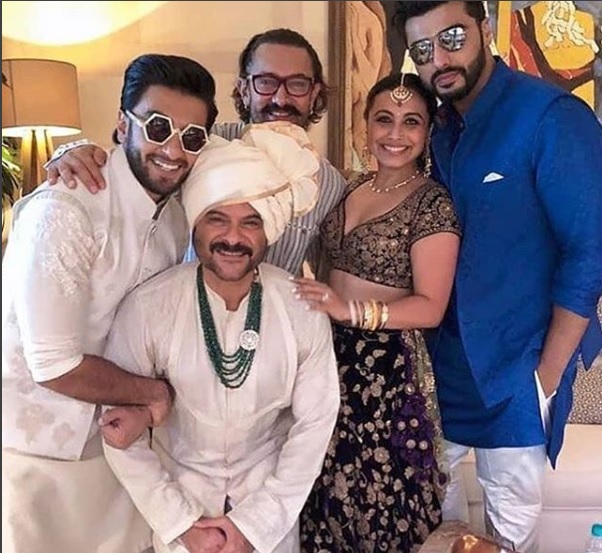 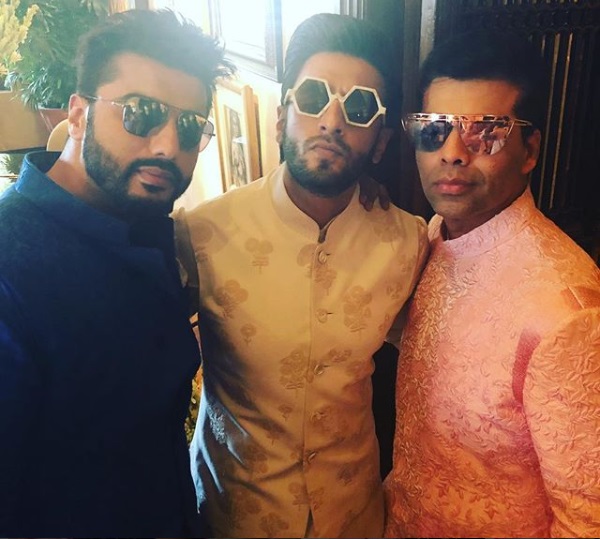 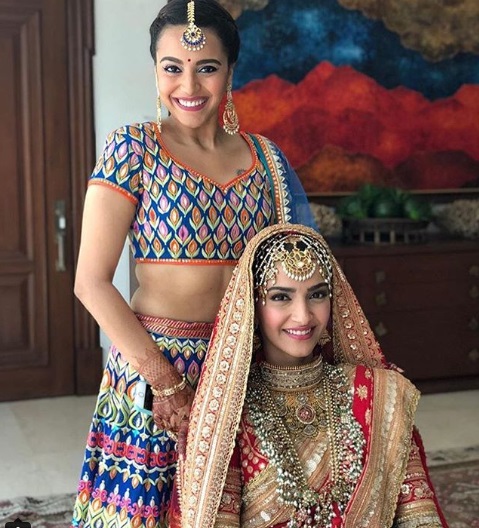 Now that the wedding celebrations are done it will soon be time for a rocking sangeet party! Stay tuned for more updates on Sonam ka Sangeet!