Bollywood actor Shah Rukh Khan is one gentleman who can swoon over anyone with his charming looks. He needs no filter when he express his gratitude towards human kind. It’s unlikey that anyone besides SRK would be able to think of such lovely gesture behind hiring lady bodyguards to manage his female fans. 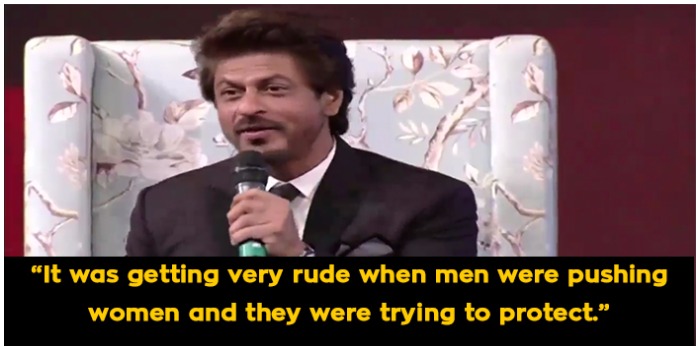 SRK at India Today Conclave event said why he though of hiring lady bodyguards. He thinks that managing female fans by male bodyguards is rude especially when it comes pushing aside the female fans. What a sweet gesture!! We are all bowled over. 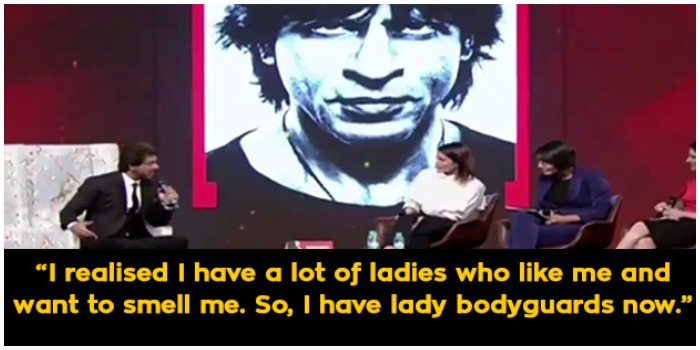 SRK who is also known as ‘King Khan’ is also ‘King of hearts’ for many. He has huge fan followers with female fans being the majority. The fandom doesn’t come easy when gets scratched with long nails by female fans and has got to do explanation back at home, smiles SRK. 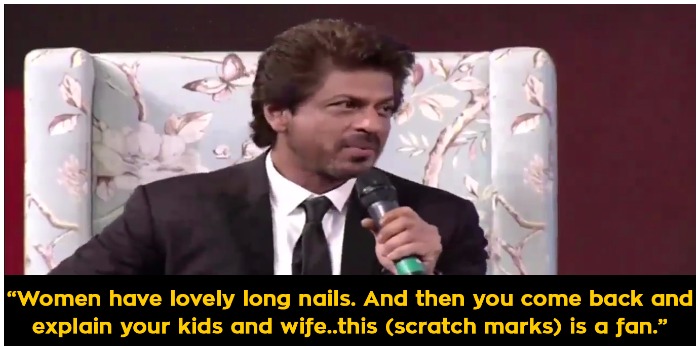 Raees actor always cracks the best of wittiest jokes and it’s how he defined his female fans as, “Women have long nails and their love hurts.” Yeah we do King Khan and we understood what ‘their love hurts’ means.

SRK has been so thoughtful for us, we should also ensure that our love doesn’t hurt him. I mean we should trim our nails when we meet SRK next time. It may hurt him less when we try so hard for autobiography or pic with him.