Ace tennis player Serena Williams is pregnant with her first child. The 35-year-old announced her pregnancy on snapchat with the caption “20 weeks” and later deleted it within the next half an hour. She posted a photo of herself wearing yellow swimsuit showing off a prominent baby bump.

Williams is ’20 weeks pregnant’, which means she was already pregnant when she won the Australian Open in January. 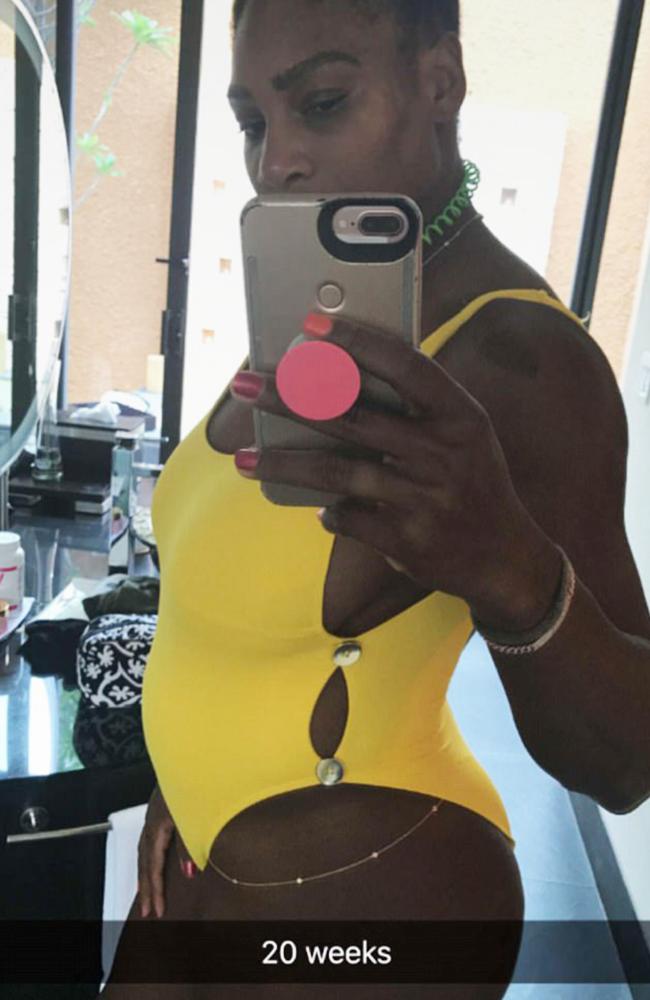 William’s spokesperson told the Guardian by email, “I’m happy to confirm Serena is expecting a baby this fall.” The spokesperson also confirmed Reuters that, Williams wont be playing this year, but she will make a come back next year for WTA 2018.

Serena Williams had announced her engagement with tech entrepreneur and the co-founder of Reddit, Alexis Ohanian in December 2016. Williams is expecting her first child with fiance Alexis Ohanian around the end of August or the beginning of September.

Serena Williams pregnancy news is taken internet by storm and fans are showering their love and congratulating Williams. Fans are already seeing the unborn child as the future of tennis player.

Serena Williams was pregnant when she won her 23rd grand slam tournament at the Australian Open. And did not drop ONE SET. Let that sink in.

There's gonna be a baby GOAT ….. We are so happy, and we know @serenawilliams will be a great mother

Winning a slam title while NOT 2 mos. pregnant will never again seem quite so impressive. @serenawilliams always redefining what's possible!

Just when you thought you were successful @serenawilliams wins her last grand slam pregnant… I mean you're not human at that point! ??

If Serena Williams can win the Australian Open while pregnant, I can pass my finals.

Eventznu congratulates Serena Williams and her fiance Alexis Ohanian for their first child.

0 0 0
Previous : Sonu Sood Gets Trolled Instead Of Sonu Nigam For His Controversial Tweets On Azaan!
Next : Azaan Row: Sonu Nigam Takes Challenge And Shaves Off His Head, Bollywood Reacts!