The Duchess of Sussex Meghan and and Prince Harry are expecting their first child in April.

Royal expert Victoria Arbiter told The Sun that since the royals are “very wealthy, a lavish baby shower would be seen as highly inappropriate. There’s nothing they can’t go out and buy themselves”.

Of-course Meghan Markle would have missed a biggest chunk of her life if her closest friends wouldn’t have hosted her a baby shower in American style in New York.

“As an American, she was very excited to have a baby shower thrown for her. I think she’d have felt she was missing out if she didn’t have one,” says a source.
“It’s been such a fun time for her, she is with her oldest friends in the city she loves and really enjoying herself.”

Mother-to-be Meghan Markle few all the way from London to States for a short five nights stay. Seven-months-pregnant, Markle was spotted outside her hotel in an all-black ensemble for her shower. She paired stunning vintage coat with tote bag and Le Specs sunglasses for the occasion.

While stepping out for dinner in evening, Meghan, 37, choose to kept her baby bump under wraps in a navy Victoria Beckham coat and scarf which she paired with jeans and knee high boots. She paired her ensemble with Stella McCartney handbag.

Meghan also visited SoHo restaurant with her close friend Markus Anderson, who is also the matchmaker of Meghan and Prince Harry. Anderson, who started working for the company as a waiter become the global membership director for private members’ club Soho House.

Meghan with Markus Andersson and few of her close friends visited Ralph Lauren’s Restaurant, the Polo Bar on Tuesday evening in NYC.

If you are wondering if Meghan has used taxpayers money to fund her lavish New York trip for baby shower, you are wrong. Amal Clooney generously offered a ride to Meghan Markle in her private jet from New York to London. Human Rights lawyer was flying with her twins from her private jet which is believed to be worth around $163,00 USD.

The publication quotes a source saying, “Amal was already flying back and covering all the costs so it made total sense.

“Amal was more than happy for Meghan to fly back with her and the kids.

“It’s absolutely not the case that the taxpayers or the royal family paid for the cost of the jet.”

Meghan Markled sported all black active wear with a beige color jacket and a cap while leaving for London, she literally don’t give a damn about all the royal protocol.

Here are all the pictures from Meghan Markle’s baby shower to decorative baby shower cookies to outing with friends: 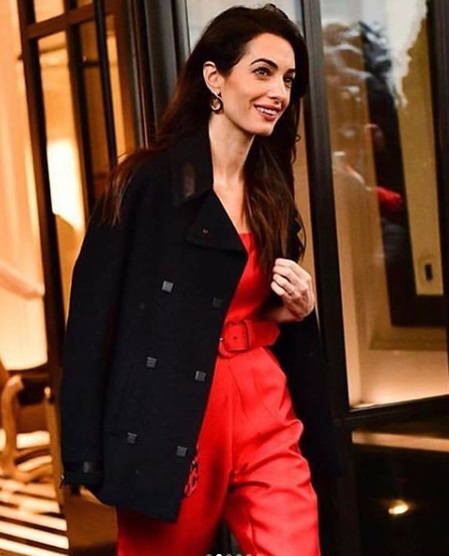 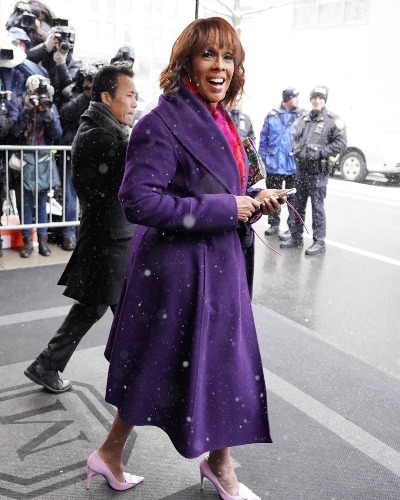 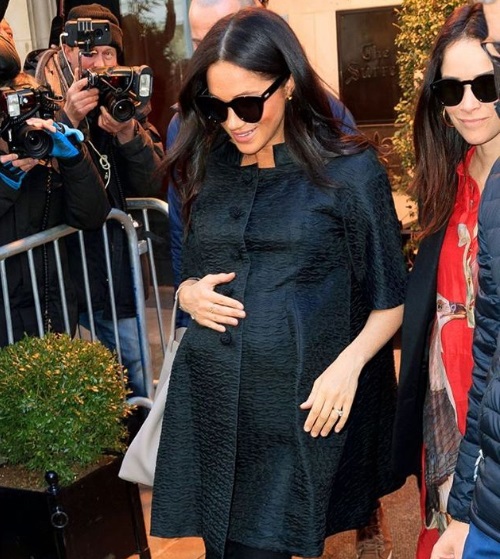 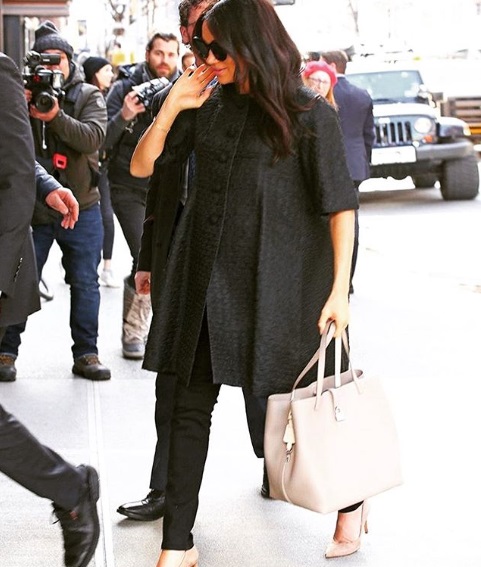 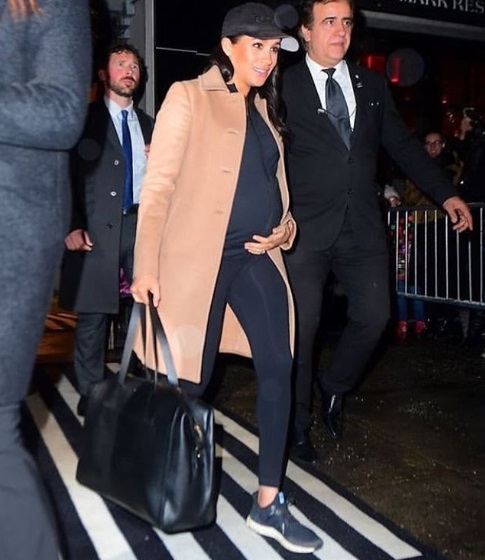 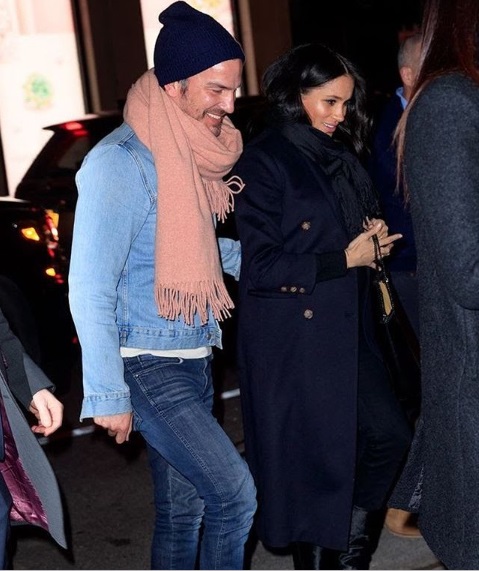 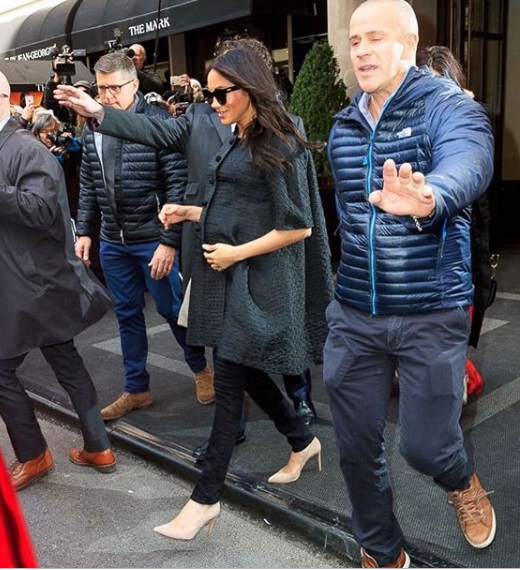 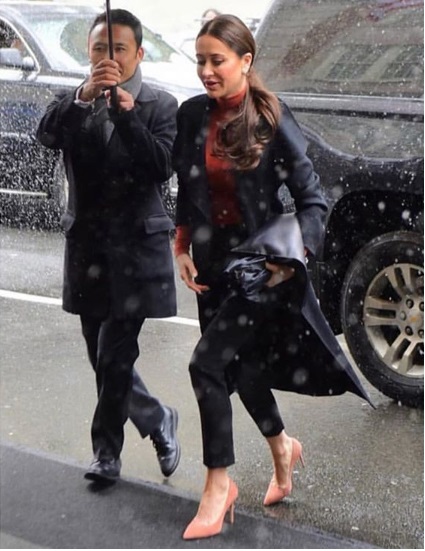 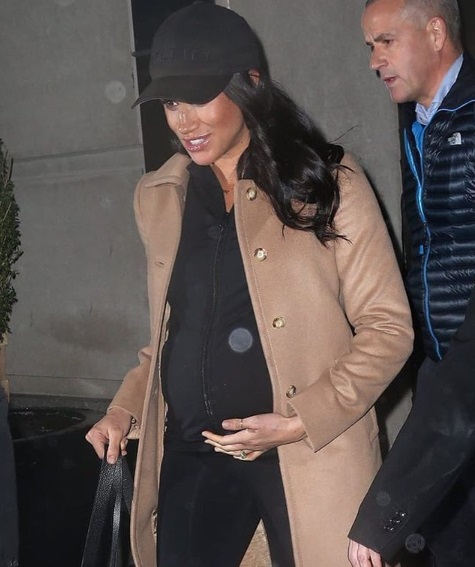 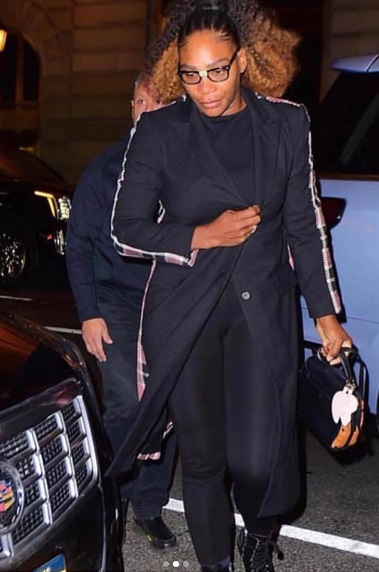 As very little we know about what all happened at Meghan Mrakle’s baby shower, Gayle King spoke on CBS This Morning  and said –  she’d ‘never seen anything like’ the baby shower, which cost about $660,000, according to the Daily Mail.

They did flower decorations, they had flower arranging, they brought in somebody to explain how to arrange flowers,” Gayle said.

“It was a very small, private affair and just a very special time for her.”